Why was the water-landed Falcon 9 B5-B1050 towed backwards for retrieval?

The rocket was apparently recovered by attaching a towing line to the heavy, lower end (with the engines) and pulling at backwards.

This seems counterintuitive to me, as this pushes the water into the (from the side) converging landing legs and then full-on into the engine nozzles. Even if they anyways plan to scrap the engines and only hope to reuse other parts of that rocket, going this direction would appear to put more stress on it than pulling “forwards”, such that the interstage (anyways raised through the weight of the engines on the other end) forms a somewhat reasonable bow, or could perhaps even be supported with some inflatable floaters.

Why did they pull backwards instead?

I suspect this is due to the bottom having easier mounting and attachment solutions. Additionally the interstage section (top of the booster) was damaged when it fell over which might prevent crew from attaching on that end. 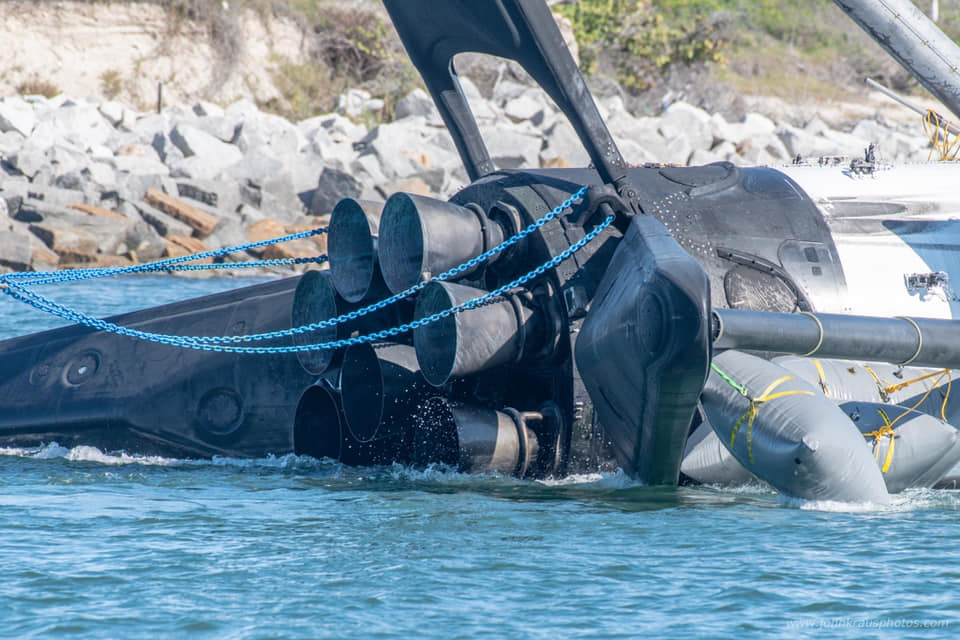 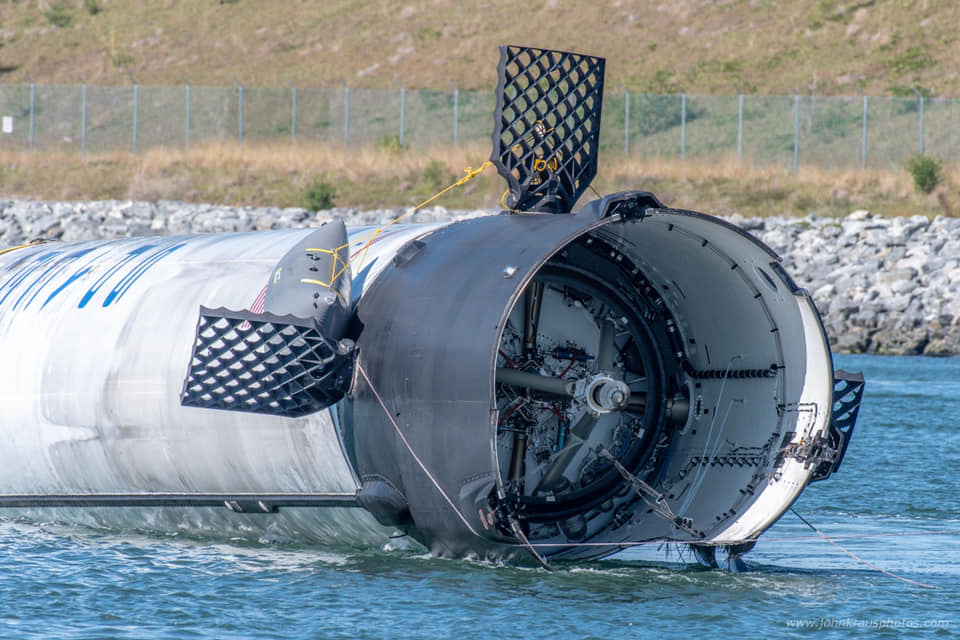 Not the answer you're looking for? Browse other questions tagged spacex falcon-9 reuse vertical-landing or ask your own question.

3
Falcon 9 1.1 demo flight (flight 6) - Was the second stage burn meant to test deorbit?
15
Why can the Falcon 9 be reused while the SLS cannot?
10
Why the strange bands of soot of the landed F9 first stage?
9
How close did the landed first stage of the Falcon 9 get to the X on the landing pad?
2
DId the Falcon 2nd stage turn around [UPDATED] and point “backwards” before the Orbcomm-2 deployement started?
30
Why won't they recover the Falcon 9 from CRS-14?
44
Why can't Falcon 9 fairings touch the water?
1
How long it takes for the Falcon 9 payload fairings to reach the sea?
12
Why was the SpaceX Starship SN10 slanted when it landed?