How will the Parker Solar Probe's data transmission keep up with data gathering?

The NASA article Preparing for Discovery With NASA's Parker Solar Probe says that we are now receiving data from the probe's first pass, but also that we will not receive all of the first pass's data before the second pass begins:

Parker Solar Probe's reports indicate that good science data was collected during the first solar encounter, and the data itself began downlinking to Earth on Dec. 7. Because of the relative positions of Parker Solar Probe, the Sun and Earth and their effects on radio transmission, some of the science data from this encounter will not downlink until after the mission's second solar encounter in April 2019.

It's curious that more data was collected in the first pass than can be sent back before the second pass begins. It doesn't seem possible that each pass will gather more data than can be sent in the next pass, otherwise data reception would never catch up with data gathering. So what's special about that first pass? The quote above seems to indicate it has something to do with orbital geometry, but what specifically about that geometry will change that allows data transmission to keep up with data gathering?

If the first pass generated more data than can be sent back before the next pass begins, what will change later in the mission that allows data transmission to keep up with data gathering?

The Parker Solar Probe keeps its heat shield towards the sun at all times, even at aphelion: 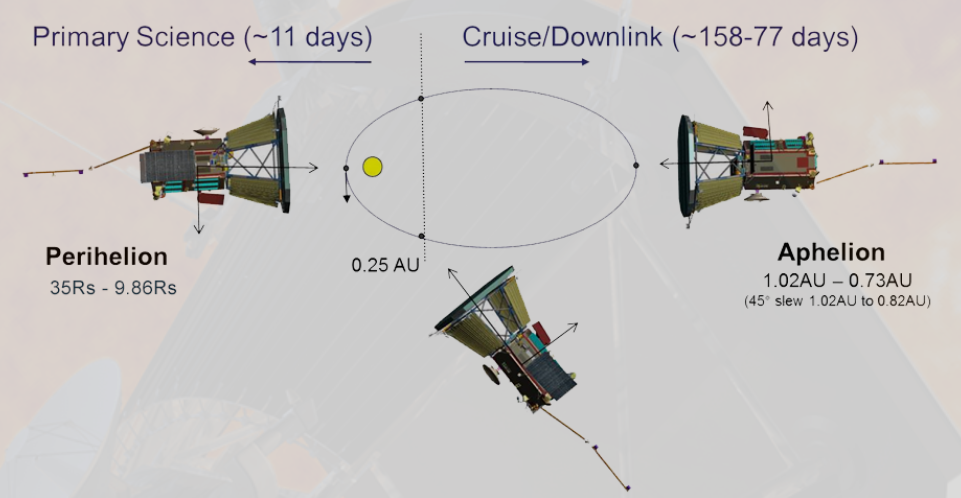 During part of the cruise/downlink portion of the first pass, the heat shield is pointed near Earth: 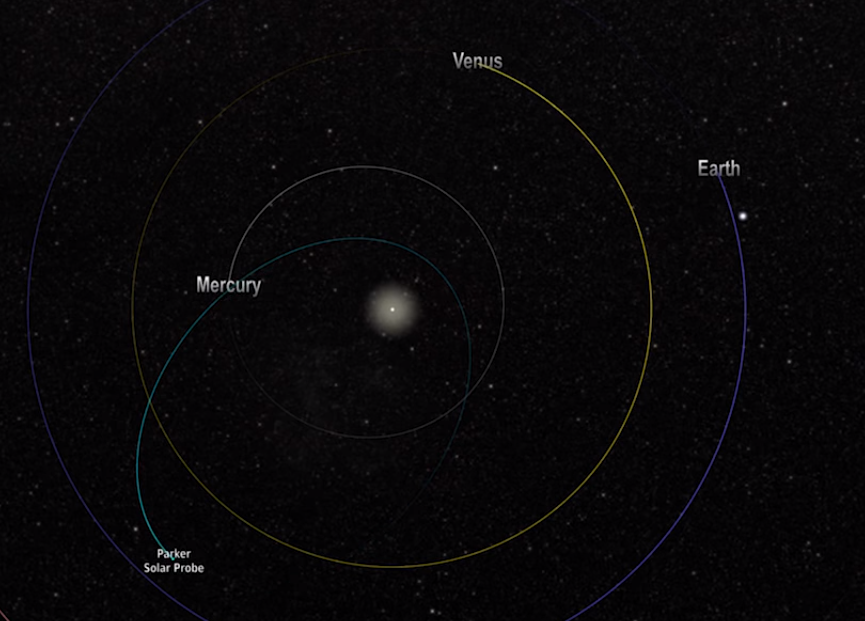 But the HGA (High Gain Antenna) used to transmit science to Earth sits on the side of the spacecraft and cannot be aimed too close to the heat shield: 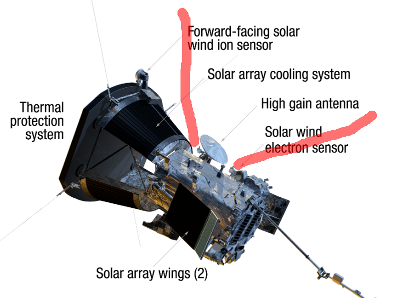 Therefore, there are portions of the first pass cruise/downlink segment where the HGA cannot be pointed at Earth because the HGA would have to aim at angles it cannot aim.

The second pass has much more favorable geometry for downlink: 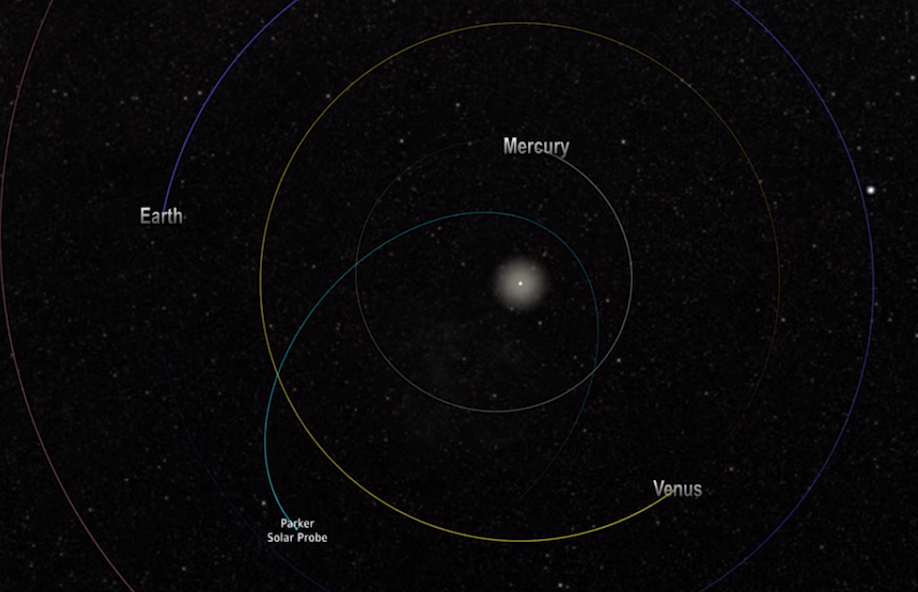 Not the answer you're looking for? Browse other questions tagged data-transmission parker-solar-probe or ask your own question.