How does Hayabusa-2's “Communication Simulator” on its website work? What does it show?

I clicked open communications simulator and some other things and got this screen. What does it mean? How can I interpret these dots? What is it telling me? 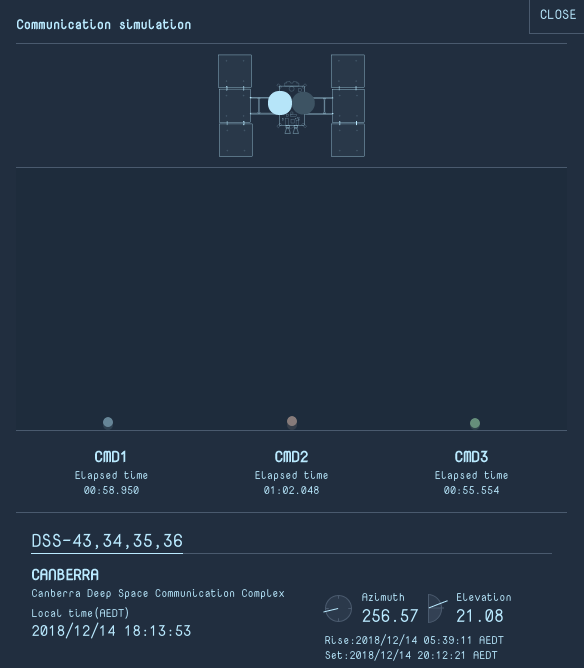 It's a teaching tool to help beginners understand the realities of communicating with deep-space spacecraft.

It is also pointed out that a ground station can consist of a complex of dish antennas each executing a different task: 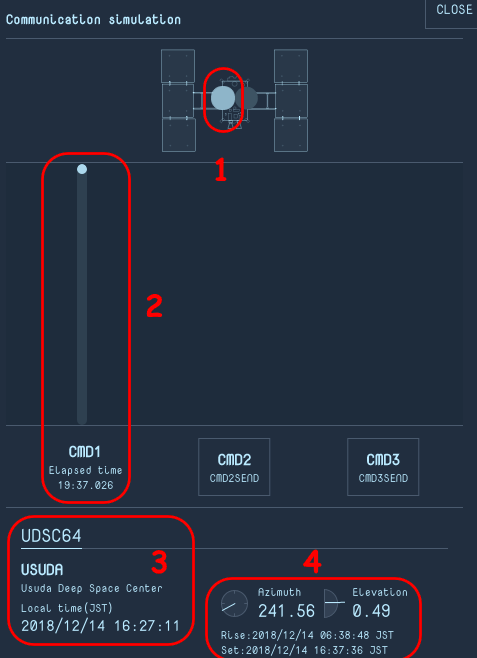 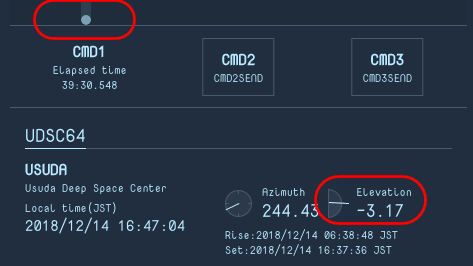 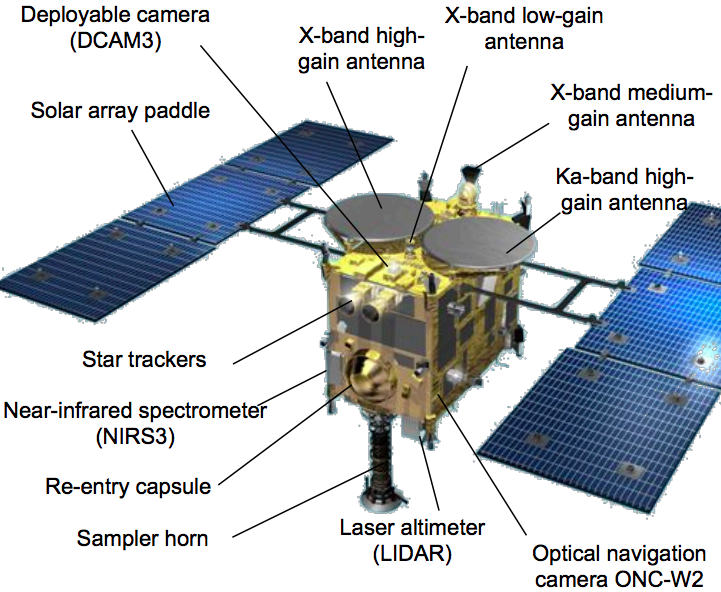 Currently there seems to be a bug showing the azimuth of Hayabusa-2 at the Goldstone location constantly moving much faster than is physically possible:

update: it appears this may have been fixed this morning (UTC +8)

The pannel also reflects times when actual communication is happening between Hayabusa-2 and ground stations in the real world. Here JAXA's Usuda Deep Space Center is communicating with Hayabusa-2, something that you can not see on the DSN Now page of course.

It's just a very simple visualization of light lag - the 'dots' represent 'messages', and travel from the ground station (bar on the bottom) to the probe (bar below the drawing) at such speed that their progress corresponds to actual light lag - time for messages from the ground to reach the probe. Once each reaches it, a message back is sent and begins the travel 'downwards'.

It's just a nice educational tool to help visualizing how long actually it takes for communication to reach the probe, and for the response to arrive. It's practical usability is marginal (after a loooong wait you'll get the current round-trip time.)

5
How does the hopping mechanism of the Minerva II rovers work?
1
Diagram of Hayabusa 2 in “Hill Coordinate System”; what is that exactly? How to convert it to inertial?
10
How are Kounotori modules unbolted? Who or what does the unbolting?