Is there really moon rock in this cathedral window? If so, how, and from where on the Moon?

Some pictures from the Cathedral before the event starts, they have a table set up with artifacts from Apollo 8, including the flown flight plan!

There's also a window dedicated to Space exploration, with a moon rock in the glass (inside the white circle near the top).

Is this just space lore, or is there really "a moon rock" in the glass? If there is, how did it travel from the Moon to the window, and if known, from where on the moon is it from? 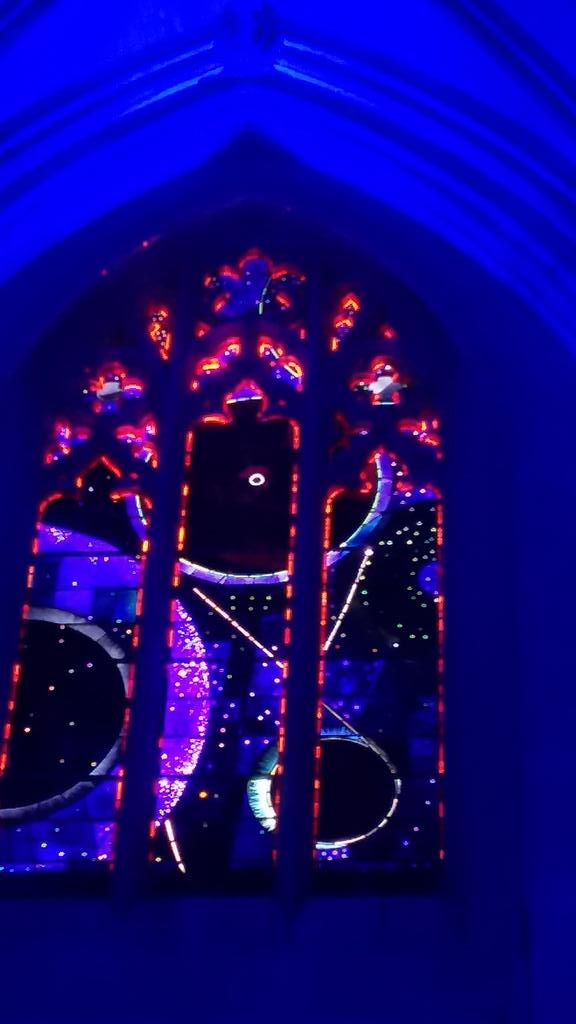 This is the "Space Window" of the National Cathedral in Washington. 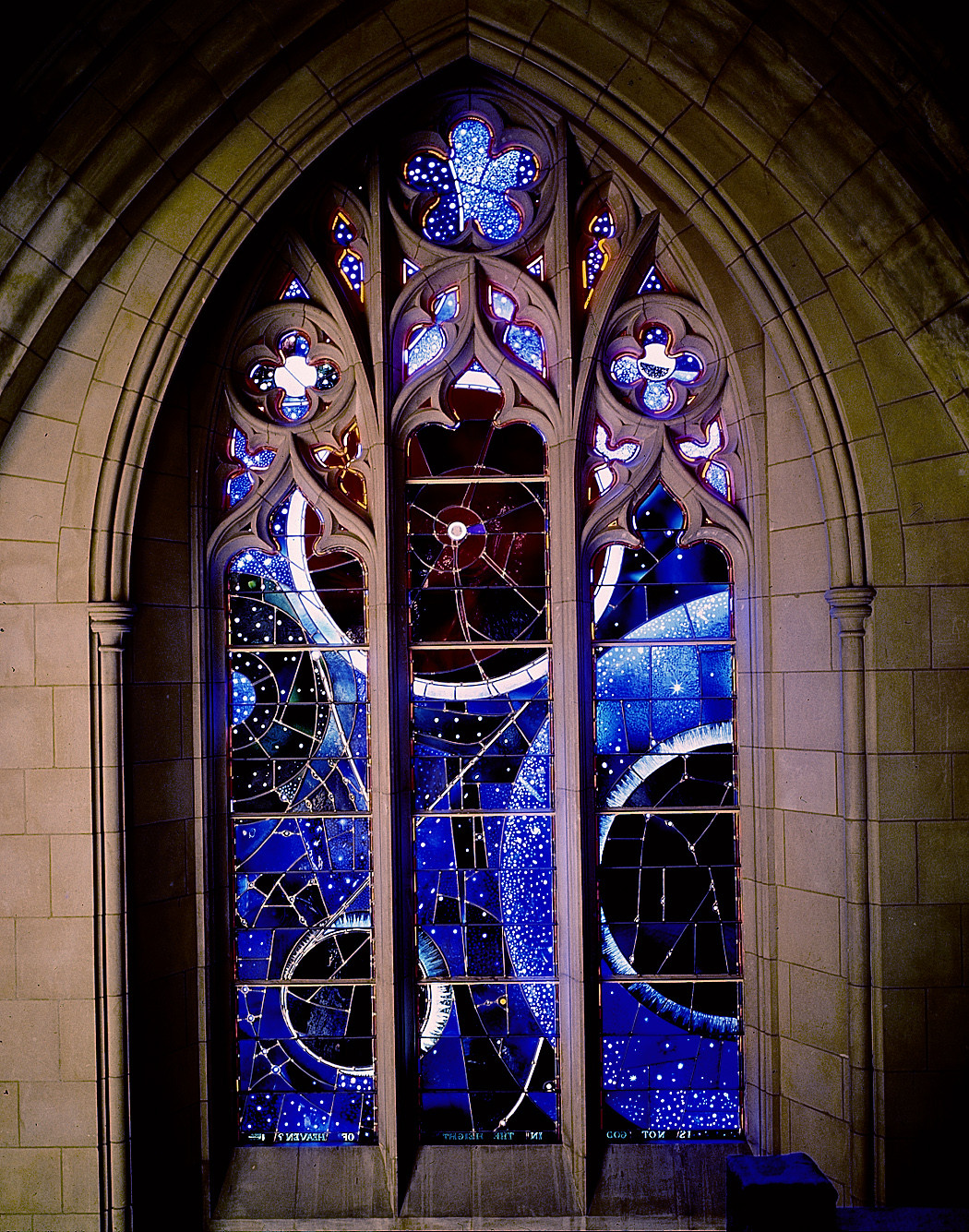 The National Cathedral website identifies the rock as Piece 230 of Apollo 11 rock no. 10057, and further states that it was given by Neil Armstrong, Buzz Aldrin, and Michael Collins on the 5 year anniversary of the first steps on the moon during Apollo 11.

This NASA page describes the rock and how it was mounted for display:

In preparation for mounting the 3.6 billion-year-old sample collected by Armstrong and Aldrin, workers sealed a rock section two-and-one-half inches in diameter sealed between two pieces of tempered glass circled with a band of stainless steel. The sealing was done in a nitrogen environment so that any void between the pieces of glass would be filled with nitrogen rather than air, preventing deterioration. The moon rock is a basalt, probably from a lava flow. The mineral pyroxferroite, unknown on Earth, was also discovered in the rock.

Not the answer you're looking for? Browse other questions tagged identify-this-object space-art sample-return or ask your own question.

3
Who does these mesmerizing simulations of the phases of the Moon? And how?
46
What caused this bright light from the ground at night seen from the ISS?
4
Identify this rocket and launch site from Gilligan's Island episode?
5
Why is this rocket transparent, and why is there a nozzle in the nose, pointing up?
1
What is this combination tracking telescope and helical antenna pair? was it really used, and who is/was FlightLine?
1
Where is the “antenna farm” from which this Soyuz launch photo was taken?
2
Was there once a semi-serious space-art project planning to use solar reflectors to put a spot of light on the crescent Moon?
2
How would this two-stage Mars Ascent Vehicle work? Where do you sit?
5
Help understanding this Apollo 11 docking probe image, what are we looking at, and from where?