What kind of ground-based radio astronomy is NASA's DSN used for? Who are the PIs?

I looked at DNS Now to check on Hayabusa-2 and compare to http://haya2now.jp/en.html and saw that DSS 34 in Canberra is currently in setup/teardown for Ground Based Radio Astronomy!

In this status there's no frequency listed on the web page, but we might be able to figure out what it's is currently pointed at using the following:

But even without that, is there anything known about DSN's activities doing Ground Based Radio Astronomy? How often does this happen? Who is the principle investigator? What kinds of things are studied? 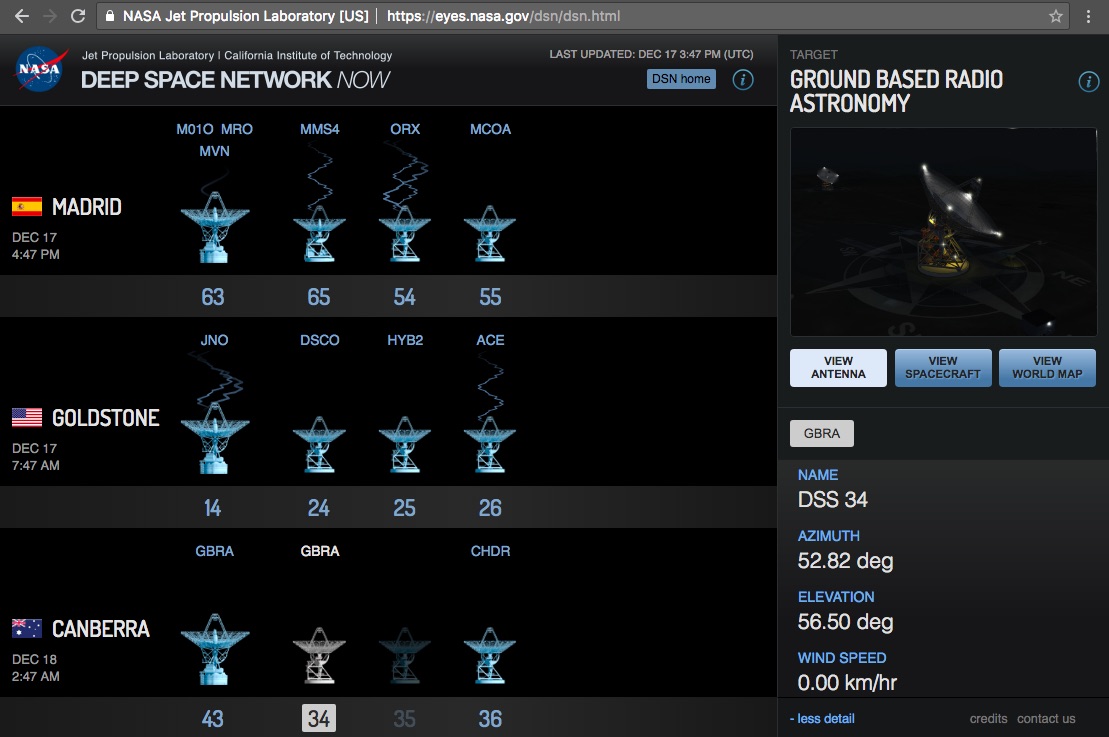 When they are not commu­nicating with spacecraft, the DSN antennas are used for radio astronomy.

For more than 30 years, the Deep Space Network has played a significant role in radio astronomy studies of our solar sys­tem, adding to our under­ standing of the magnetic fields and atmospheres of planets. For example, since 1972 radio astronomers have used the DSN to observe Jupiter, with its intense and dynamic mag­netosphere. DSN astrono­mers use high-performance spectrometers to separate radio frequencies into millions of channels, allowing them to analyze the materials in comets, planetary atmospheres, and clouds of gas or dust in space. The DSN can also respond to observe unforeseen astronomical events such as the appearance of comets Hyakutake and Hale–Bopp.

The Deep Space Network’s large 70-meter antennas in California and Australia have been used to study how stars are born in clouds of gas and dust called nebulae.

The highly sensitive 70-meter DSN antennas have contributed to VLBI studies of extraga­lactic supernovae that are very distant, weak sources of radio emissions.

The high sensitivity, key locations, and special instru­mentation of the radio telescopes of the Deep Space Net­ work make them priceless tools in our quest to understand the universe ...

The JPL DSN radio astronomy website is defunct, but the Internet Archive has a copy from 2013.

Here's a list of studies that used DSN observations. Cherry-picked a few

Arxiv has 21 papers that use DSN data, NTRS has more results. (some of these are false positives, there are papers on the use of DSN for communications too) 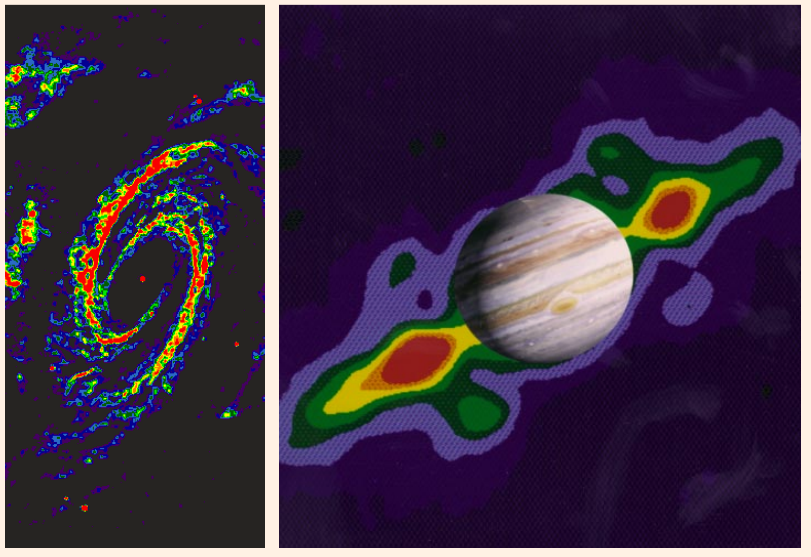 Not the answer you're looking for? Browse other questions tagged nasa deep-space-network antenna radio-telescope or ask your own question.

2
What are Spectr-R's major contributions to radio astronomy that could not have been done from Earth?

10
What data are used to do these 3D asteroid renderings?
4
Which LEO missions are currently supported by NASA's DSN (and why)?
8
What do the different “Testing” codes mean on NASA's Deep Space Network website?
16
What makes time on the DSN so expensive?
11
Why doesn't thermal radio emission from a DSN “hot dish” completely swamp the benefits of a cold LNA?
8
What was happening with the DSN/ Cassini?
2
How are the velocity and range of a spacecraft measured from ground based stations?
5
What happened to the plan to build a DSN antenna array?
10
What is the numbering system used for the DSN dishes?
1
What kind of transmitters and antennas do the Lightsail-2 ground stations use?