What causes those curtain-like hot and cool spots in the 2nd stage nozzle of this Electron ELaNa 19 launch?

Here is a GIF that I made of the recent Electron Launch from frame grabs in the Rocket Lab video ELaNa 19 Launch - 12/16/2018 It is about 4M, so it won't fit in SE's normal image import.

Frames are every 2 seconds in the GIF which plays at 8 fps so this is 16x faster than normal.

What causes those curtain-like hot and cool spots in the 2nd stage nozzle to drift around randomly like that? Is it crud or carbon on the inside of the nozzle, or shadowing of exhaust from material farther up in the throat?

Cued at 20:50 Play at maximum speed to see the changing hot/cold pattern on the 2nd stage nozzle

The engine in question, Rocket Lab's Rutherford Engine is using a technique named regenerative cooling. It passes the fuel through the nozzle wall before it reaches the combustion chamber, cooling the nozzle in the process. The big pipe going down to the bottom of the engine is responsible for feeding the fuel into the nozzle. I could not find a whole lot of information about the inside of the engine, but it probably looks similar to this: 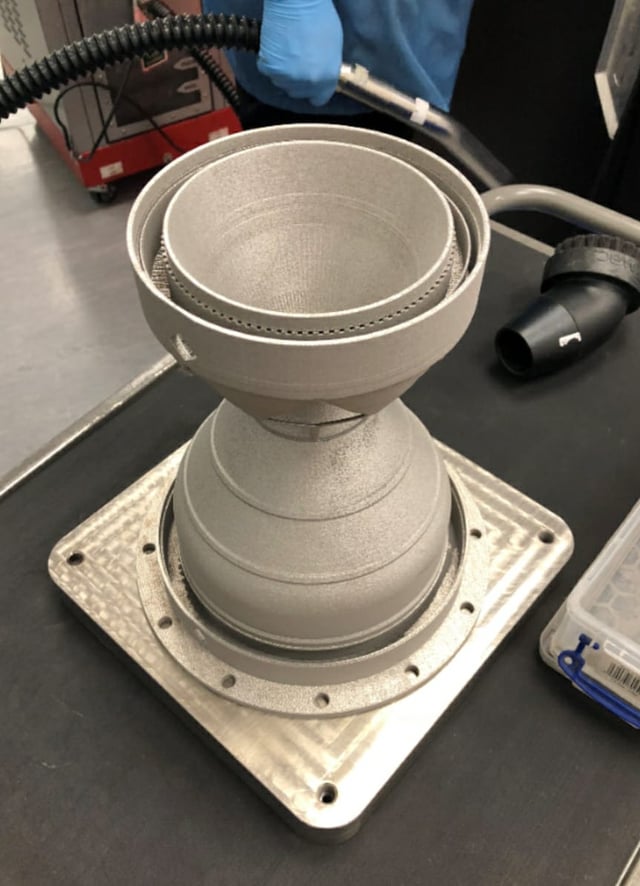 There the fuel gets piped up in vertical or slightly spiraling lines. We also don't know a whole lot about the fuel injector. (If anybody finds anything useful about any part of that engine: please let me know!). The fuel probably gets injected into the engine quite soon after the cooling process.

This is where the speculation begins:

I have two theories. Both of these could be true, maybe they are even linked: 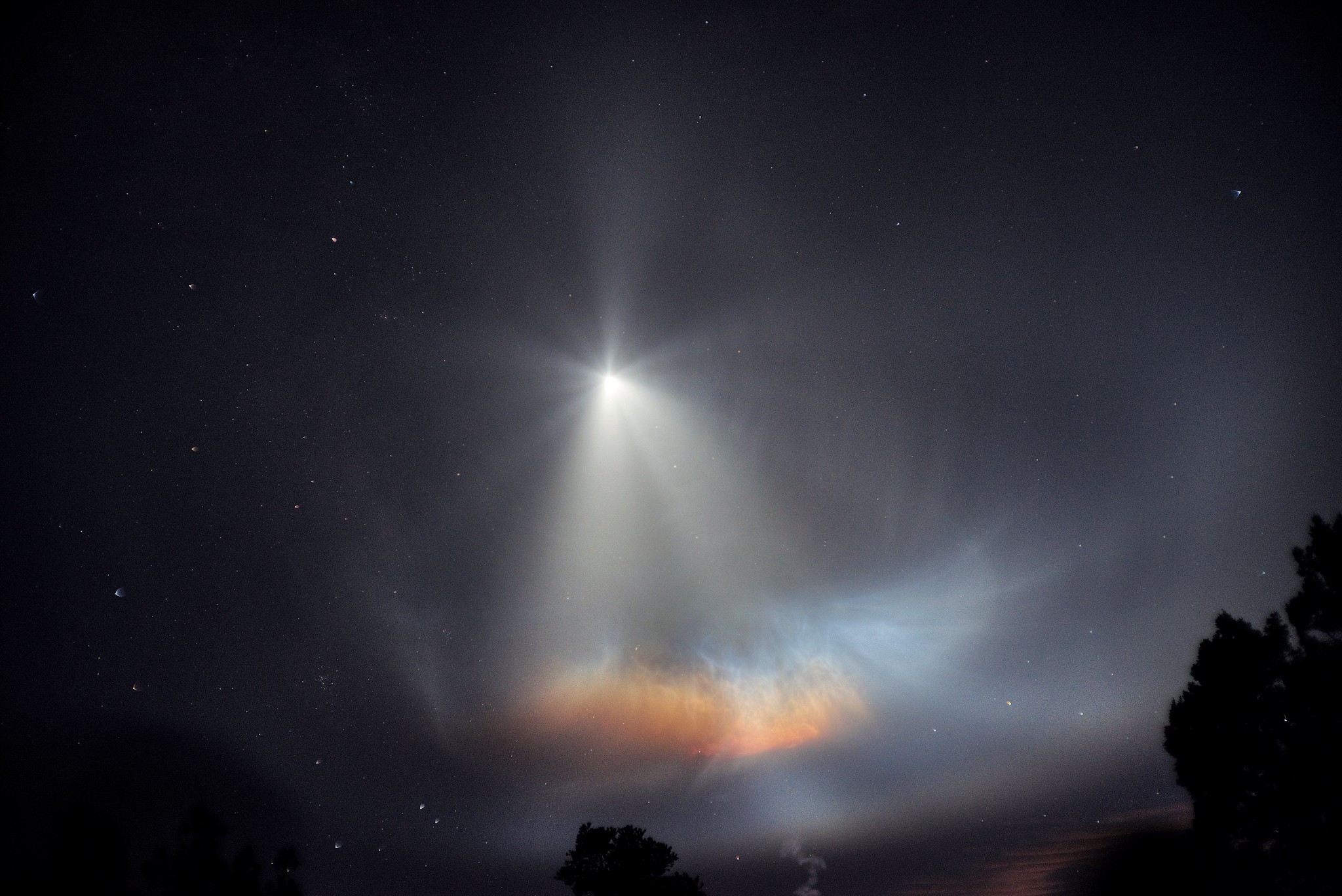 Not a full answer, but by looking through the soot-less LH2/LOX exhaust from a Delta IV Heavy's RS-68 engine from underneath, we can see the inside of a nozzle and that the same type of striations appear here. This suggests that the effect is not limited to the Electron's Rutherford engine engine or even RP-1/LOX. 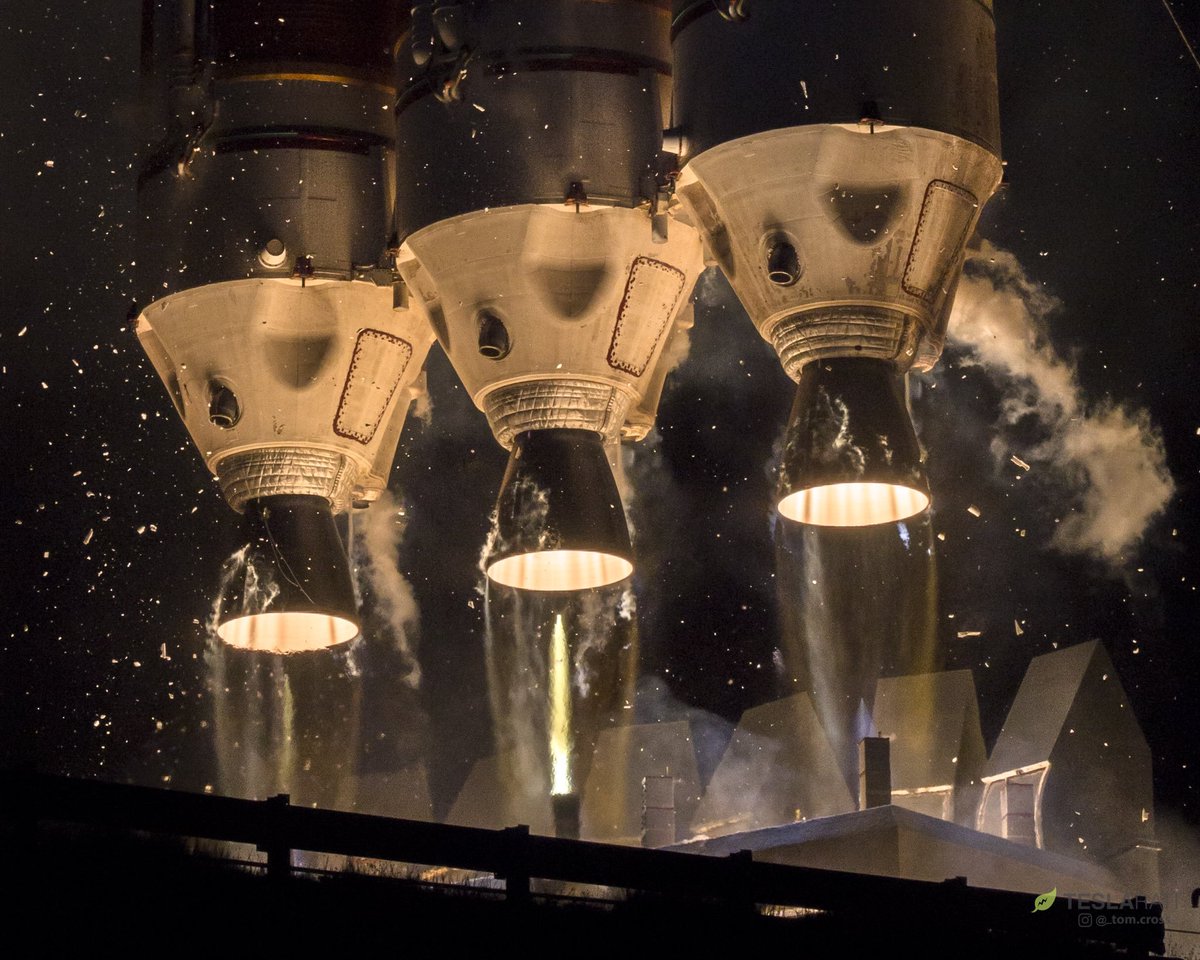 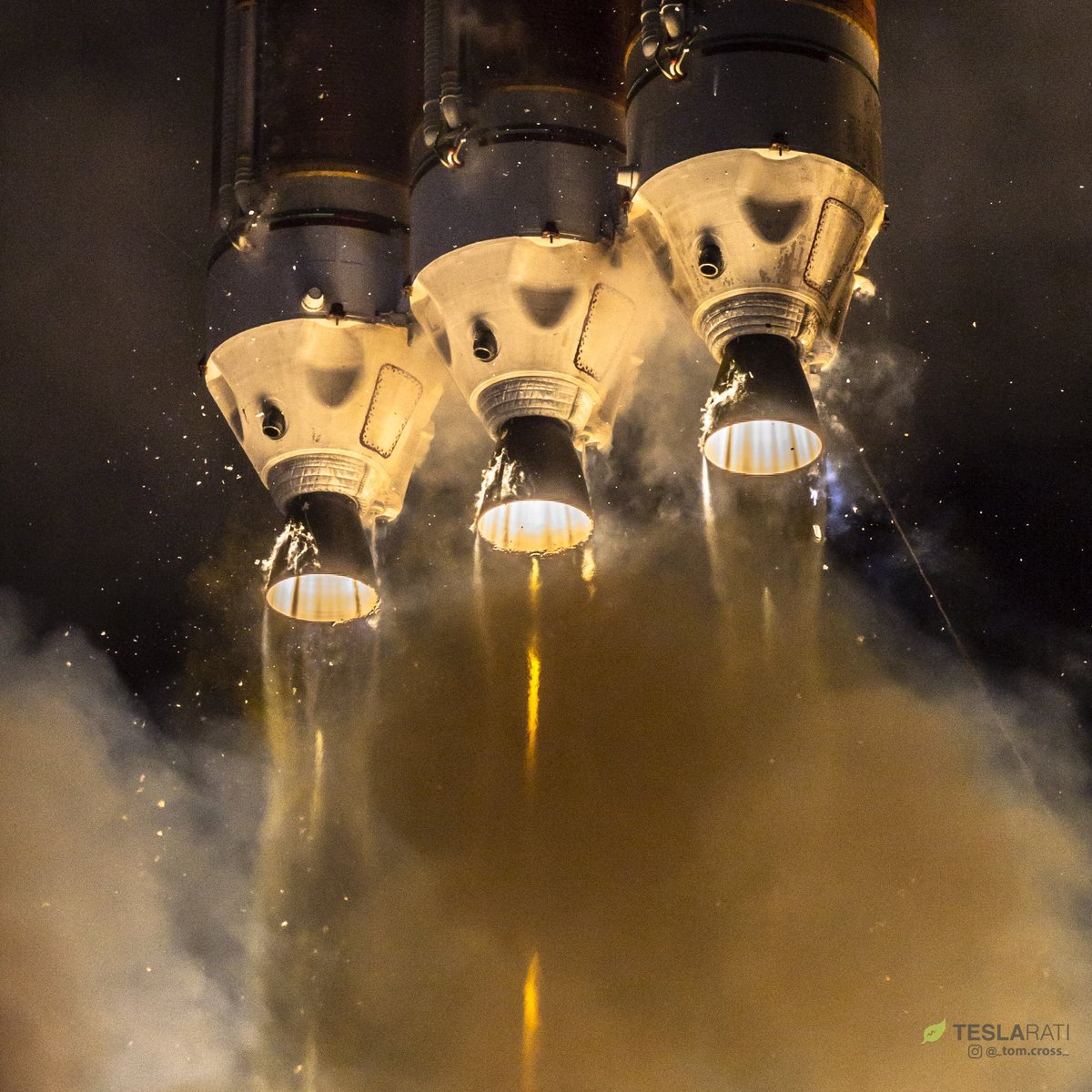 Not the answer you're looking for? Browse other questions tagged rockets nozzle exhaust or ask your own question.

2
Where does a Falcon-9 get the hottest during launch, and how hot does it get? (aerodynamic heating)

3
When this F9 2nd stage engine suddenly moves upon shutdown, is it moving along the rocket's axis?
5
What are the pros and cons of expansion-deflection nozzle?
4
Did I see the Formosat-5 F9 2nd stage nozzle vibrate at about 2Hz at SECO-1?
1
What fuel is used in the second stage of orbital launch vehicles?
7
What are the falling parts in this ISRO rocket launch?
2
What is the nozzle extension of merlin engine and rutherford engine made of?
4
What were/are the stingiest and most generous vacuum nozzle? (records for the smallest and largest expansion ratios)