Is it correct to use the vis-viva equation when there are two forces acting on the orbiting body? [closed]

The vis-viva equation models the motion of an orbiting body and it applies when the only force acting on the body is it's own weight.

So is it correct to use this equation to an airplane that flies at the Kármán line with an orbital velocity that generates a strong lift force ?

I ask this question because i'm puzzled by this question from @uhoh about the Kármán plane where the vis-viva equation is used for an airplane.

Per definition the maximal lift generatable at the Kármán line is

so if your body is generating significant lift at sea level it will probably still generate enough lift at that altitude to divert from a "vis-viva orbit" after a short while. The bigger problem however is drag. To quote Wikipedia:

Due to atmospheric drag, the lowest altitude at which an object in a circular orbit can complete at least one full revolution without propulsion is approximately 150 km (93 mi), whereas an object can maintain an elliptical orbit with perigee as low as about 130 km (81 mi) without propulsion.

So simplifying the orbit to have no other forces, as the vis-viva equation states, specifically to be a frictionless one would be a gross misstatement.

In general during deorbit of a spacecraft the altitude around the Kármán line is considered part of the reentry. 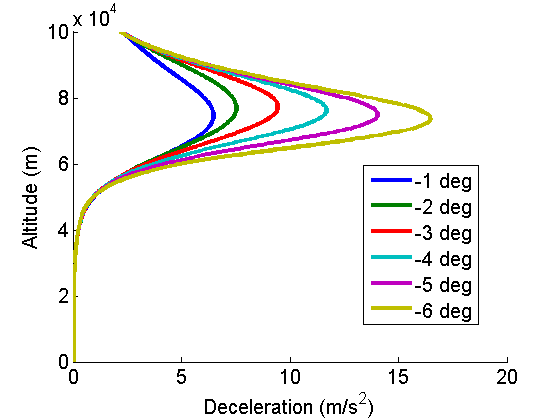 As you can see in the graphic:

Spy satellites or earth observation satellites orbiting at similarly low altitude usually have a propulsion system firing permanently or quite frequently to keep the orbit and are built to be very aerodynamic to minimize friction.

There is enough friction at that altitude to make the vis-viva equation not applicable for even short term orbit calculation.

I'm not sure where the confusion comes from. Vis-viva is derived from a total energy $\epsilon$ that knows only kinetic and potential contribution (see the derivation)

Once the corresponding Euler-Lagrange equation is computed and transformed into the co-orbiting system, it is clear that those two energies correspond to centrifugal and gravitational force. No other force. If you'd try to apply any other force to the system, then vis-viva is not applicable to calculate $r$ or $v$. In other words vis-viva is wrong in that case.
You would either have to know a potential for the new force you're applying, in order to derive equations of motion, or if you already know the equqtions of motion then solve them and re-derive a modified vis-viva. This however might not be possible if your force is dissipative.

Not the answer you're looking for? Browse other questions tagged orbital-mechanics aerodynamics lift karman-line or ask your own question.

12
What would a “Kármán plane” look like, a bird, or a plane?
-3
Is it correct to apply the vis-viva equation to an airplane that flies in a straight line at the Kármán line?

12
What would a “Kármán plane” look like, a bird, or a plane?
2
Is the equation showed below the right one for an airplane flying at the Kármán line altitude?
3
When do aircraft become solarcraft?