I want to be able to calculate RA/Dec for a given body with JPL HORIZONS, using a heliocentric specification of the orbital elements for a small solar system body (say, Apophis), but instead of using the name of the body, using its parameters. I cannot find exactly what is the expected input.

Furthermore, I want to be able to use JPL HORIZONS to generate those orbital elements, in the right format, for a known body (say, again, Apophis), so that it is clear what to provide for any other case.

I am not sure you can do that, and I'll explain why.

Horizons provides interpolated results from spice kernels. The spice kernels contain blocks of interpolation coefficients using (usually if not always) Chebychev polynomials that allow spice users, other third party programs, and the Horizons website to calculate positions in-between the points where the coefficients are provided in the kernels.

I don't believe that Horizons will accept something as simplistic and inaccurate as Keplerian elements, which are a 17th century solution for the two-body problem, which is really reducible to a one-body plus central force problem, back when people were “...writing with feathers using light from burning animal fat.

However, you may have much better luck using other software. If you know a little Python or would like to try to learn, you can try PyEphem which is a little old but still popular, or the two items recommended on that page Skyfield and AstroPy but I am not sure those will do this for you at all, or at least easily.

Look for Orbitsimulator (free), or Universesandbox (costs money) as well, and check the several good answers to Game for teaching basics of orbital mechanics, some of which might be more than games and do exactly what you need.

I was going to try to say something about the problems using Keplerian elements about the Sun, in the real solar system representations because the Sun moves around so much thanks to Jupiter and the rest, but it seems that the Earth and perhaps Venus are having much more fun with Apophis because it spends all of its time between 0.7 and 1.1 AU: 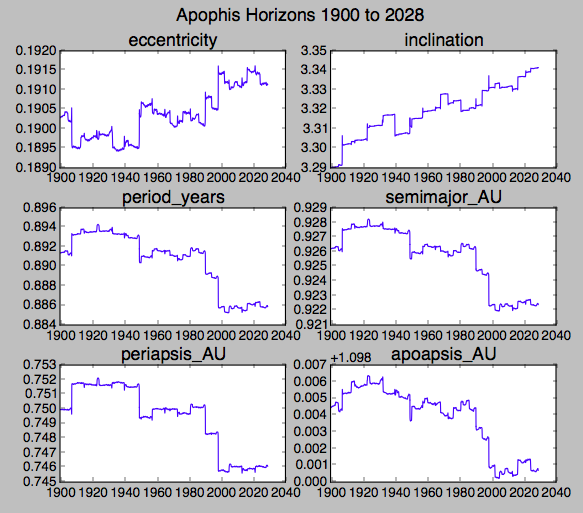 Of course it gets more interesting if you include 2029! 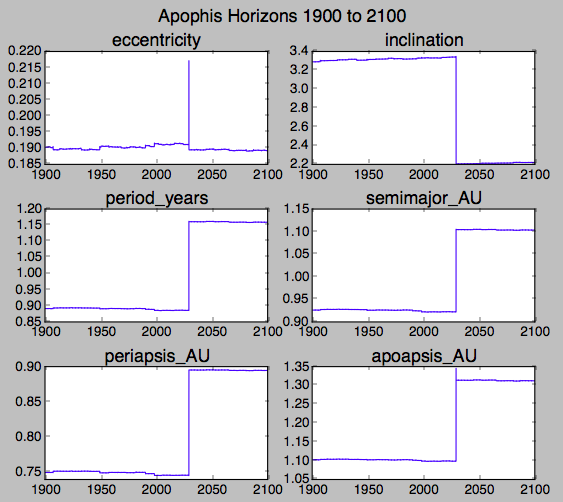 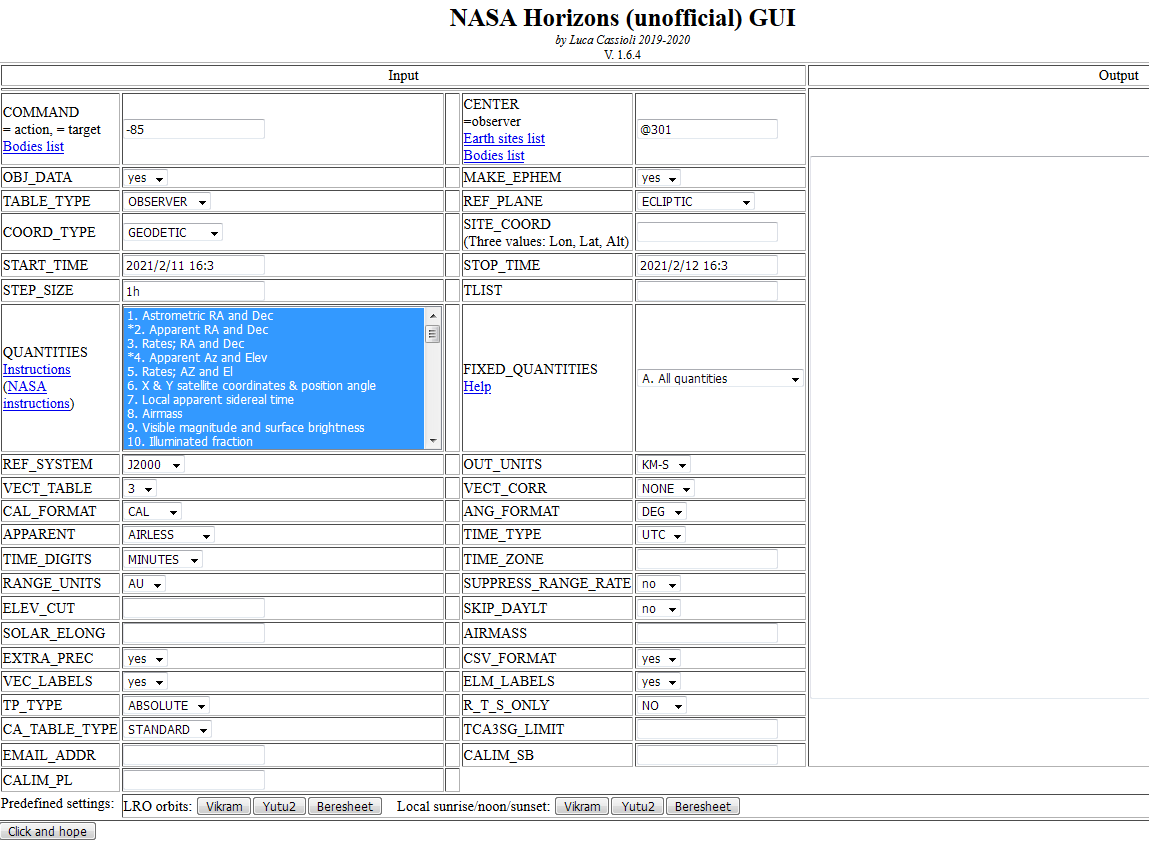 51
Game for teaching basics of orbital mechanics
6
What happened to the plan to build a DSN antenna array?
1
Does the recently-tested Russian hypersonic craft enter space?

17
How can I derive an asteroid mass/size estimate from JPL parameters?
4
JPL Horizons original reference orbit data for Juno - how to retrieve now that it's been updated?
2
NAIF and SpiceyPy returning seemingly inaccurate results
1
How to find instantaneous mass of a central body that results in a given osculating orbit?
6
Access to Chebyshev coefficients from JPL ephemerides