Transfer of astronauts from CSM to LM

Did the astronauts "remove" the docking probe, the drogue of the LM, and related mechanisms from the CSM to enter the LM of Apollo 11?

After docking both the probe and the drogue were removed, extracted from the tunnel and stored somewhere. Here is the transcript from Apollo 11. Some excerpts:

The pictures AS11-36-5382, 5383, and 5384 were taken shortly thereafter showing them both in the LM. As mentioned in the transcript they were stitched together by Jon Hancock to this: 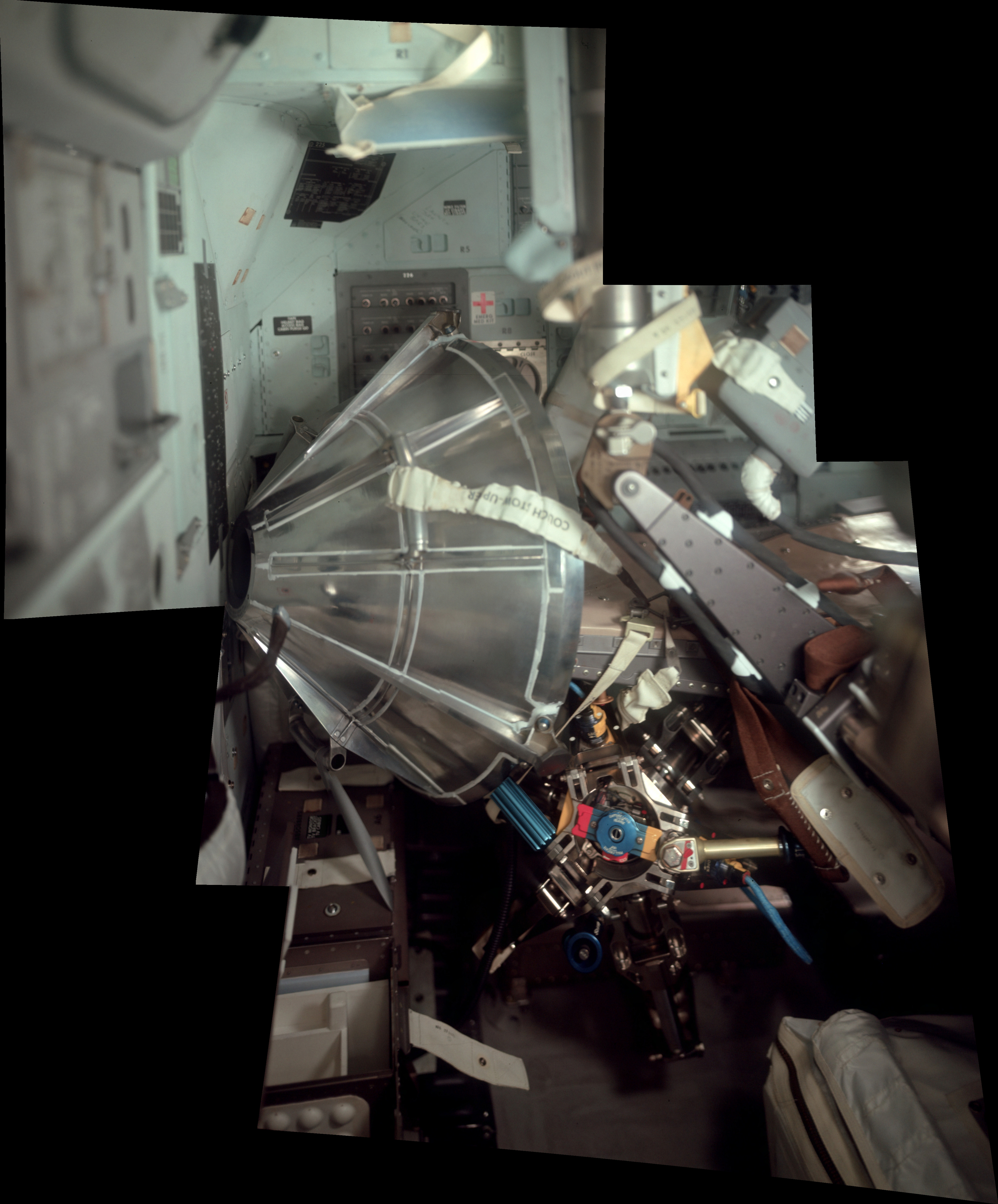 Not the answer you're looking for? Browse other questions tagged docking apollo-11 mechanisms or ask your own question.

15
Do Russian and American spacecraft use the same docking mechanism?
35
How did the Apollo 11's Eagle ascent stage find the CSM after leaving the Moon?
2
Why was the APAS docking system developed?
43
How did NASA choose who descended in the LEM during the Apollo missions?
10
Who performs the docking procedure?
1
Docking of LM with CSM
8
How was APAS-89 chosen for Buran and Kristall?
5
Help understanding this Apollo 11 docking probe image, what are we looking at, and from where?
5
What was back-up plan in case of Apollo CSM Primary Guidance System IMU went to gimbal lock?