Why is the engine configuration of the Mitsubishi H3 rocket designed to be off center?

Here is a diagram from a recent Ars Technica article about the H3: 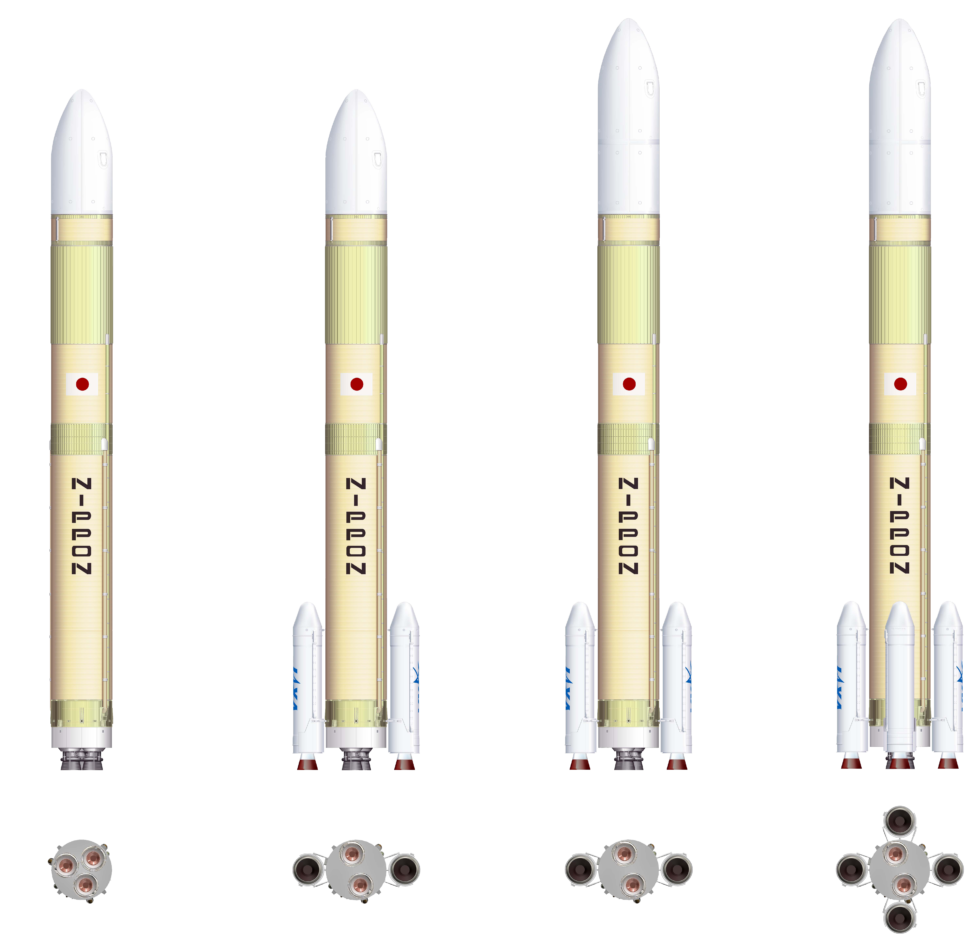 You can see at the bottom that the main engines are not 90 degrees off from the side engines. I'm sure that this has been accounted for and the rocket will not fail because of this, but why was the design chosen to be this way? Why not go with a cross pattern at exactly 90 degrees?

There is a difference between 'off-center' and 'not in a geometric pattern'. The engines are not off-center. The axis through the 2 core engines just does not line up with the boosters.

Why not a cross pattern at 90º: because there is no reason to do so.

This is not the only launcher that does not line up all engines in a regular pattern: 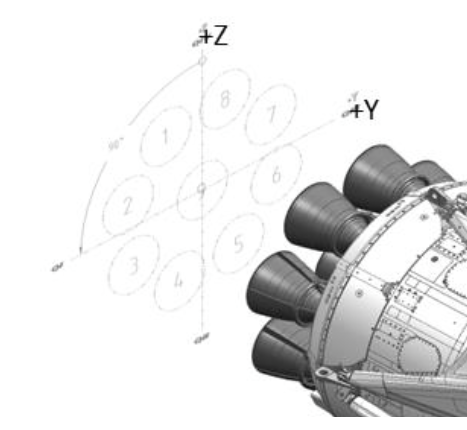 (image from the F9 user manual) This is the coordinate frame for the Falcon 9. The 8 engine bells are rotated a bit in relation to the Y and Z axes.

The strongback is in the +Z direction. In a Falcon Heavy, the 3 cores are along the Y axis, so the FH is not symmetrical around the XY plane.

Not the answer you're looking for? Browse other questions tagged engine-design engines japan or ask your own question.

21
Could a rocket engine be designed to use different fuels? (Like LOX+H2, LOX+CH4)
4
Does the luminous blue shockwave from the RS-25 engine appear to be rectangular?
16
Were the Space Shuttle's Main Engines ever off while the Solid Rocket Boosters were firing?
0
What organizations correspond to the logos on this ORBITEC Vortex engine rocket?
6
How common is the ability to compensate for a lost engine through gimbaling?
22
Why was the engine of the launch vehicle recently tested in Iran “not a very good missile engine”?
3
What performance specification would be lower for Krypton than for Xenon in Hall effect thrusters?
10
Why could the Lunar Ascent Engine be used only once?
7
What is the status of the F-1B engine development?
5
Why were later Russian engines inferior to the NK-33?