What are "high altitude winds" and why do they often delay rocket launches?

High altitude winds seem to frequently postpone launches from Earth to orbit. Presumably, they are fast and strong enough to induce stresses on a rocket or impede guidance, but that's guessing from sketchy reading.

I can provide details only for the Space Shuttle.

1) Up to 155,000 feet - the approximate altitude of SRB separation - the end of first stage flight. Here are example wind plots (from here) [Note the error on the Y axis label - it should be meters, not km]

b. Sinusoidal variation in wind with altitude

d. Light winds throughout the troposphere

2) The area of interest is the volume of the atmosphere that the vehicle traverses. How long they persist is a complex problem that resulted in a lot of statistical analysis. This is because the winds are measured at a certain time, and it was important to know how long they could be expected to remain unchanged. This image shows an example of the temporal change. 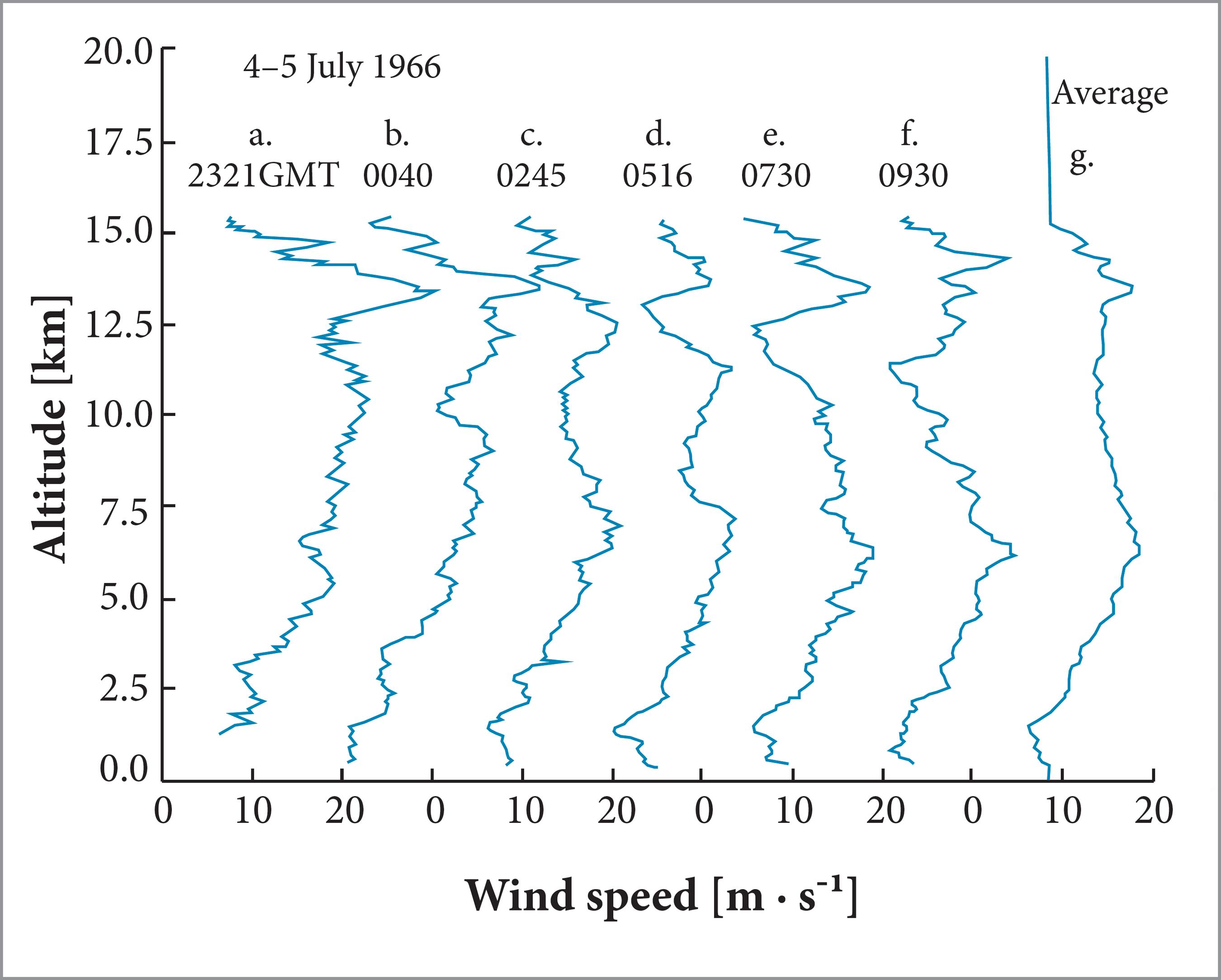 3) The specific risk in the case of the Space Shuttle was exceedance of its certified dynamic pressure versus alpha (angle of attack) and beta (angle of sideslip) limits. There was conservatism baked into the system, but exceeding the limits would eventually result in structural damage.

The risk arose because the first stage trajectory of the shuttle was pre-programmed based on measured winds. If the winds changed too much from the ones used in the trajectory design, the limits could be exceeded.

The trajectory was designed to fly close to the dynamic pressure limits to maximize performance. In a limited number of flights which had large performance reserves, a "low Q" trajectory design was used, which gave additional margin.

The whole purpose of designing the ascent trajectory based on the winds of the day was to reduce the number of scrubs based on winds aloft. Before the "just-in-time" methodology was adopted, trajectories were designed on seasonal or monthly average winds, and the change of scrubbing was higher.

The process could be summed up as

4) Not really (see the graphs for examples).

5) Runway winds by definition are not high-altitude. But, any vehicle is going to face this sort of challenges. I had some discussions with trajectory design teams from expendable vehicles during interchange meetings; although much of their methods are proprietary, it was clear that they took advantage of more modern computational equipment and methods than Shuttle did. The Atlas V User's Guide page 7-55 confirms that contemporary Atlas V operations use a similar measure / design / simulate process for the launch day winds using a system called ADDJUST.

Not the answer you're looking for? Browse other questions tagged launch-site launch-vehicle weather or ask your own question.

16
How did "the kid" (John Meisenheimer) calculate that there was a wave in the jet stream and Explorer 1 would be okay to launch?
3
Jimsphere example data for wind speed/direction vs altitude?

11
Why aren't sea launches used more often?
21
Why are rocket launches so sensitive to weather?
15
How often are space launches substantially delayed by protests physically at the launch site?
8
What happens to rocket stages that land in the oceans, and how many are still there?
1
How often did launch vehicles have a "Stage 0", and what does it mean exactly?
10
Why aren’t rocket stages modular and interchangeable?
12
Why are balloon tanks used by so few rocket designs?
13
Why were two different California airbases (Vandenberg and Edwards) intended for Shuttle launches versus landings?