What's the largest screen for watching videos on the ISS?

There are many laptops on the ISS, for controlling non-critical things and for personal use during free time. Even at least one iPad.

Are these the largest screens available? If the crew wants to watch something together or there's a live event, do they have anything bigger than a laptop to watch?

Screen shot (annotated) from One of the Most Detailed ISS Tours! (NASA astronaut Steven Swanson): 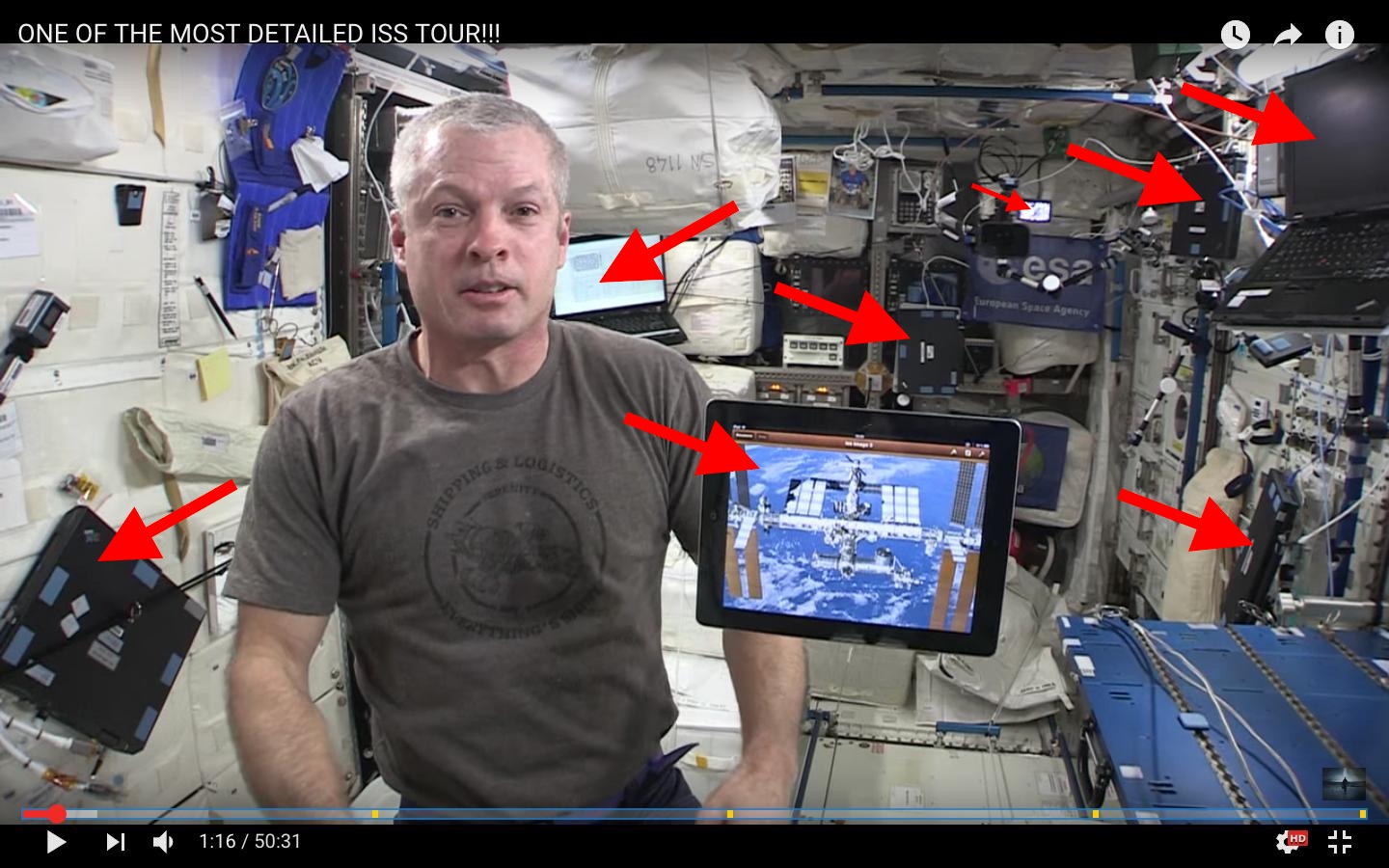 There's at least one projector that gets used for movies. From the ISS National Laboratory blog post Movie Night on the International Space Station:

NASA astronaut, Joe Acaba, posted this image showing the crew relaxing together while watching a movie. According to him “I can’t think of a better movie theater to watch Star Wars than on the Space Station!” 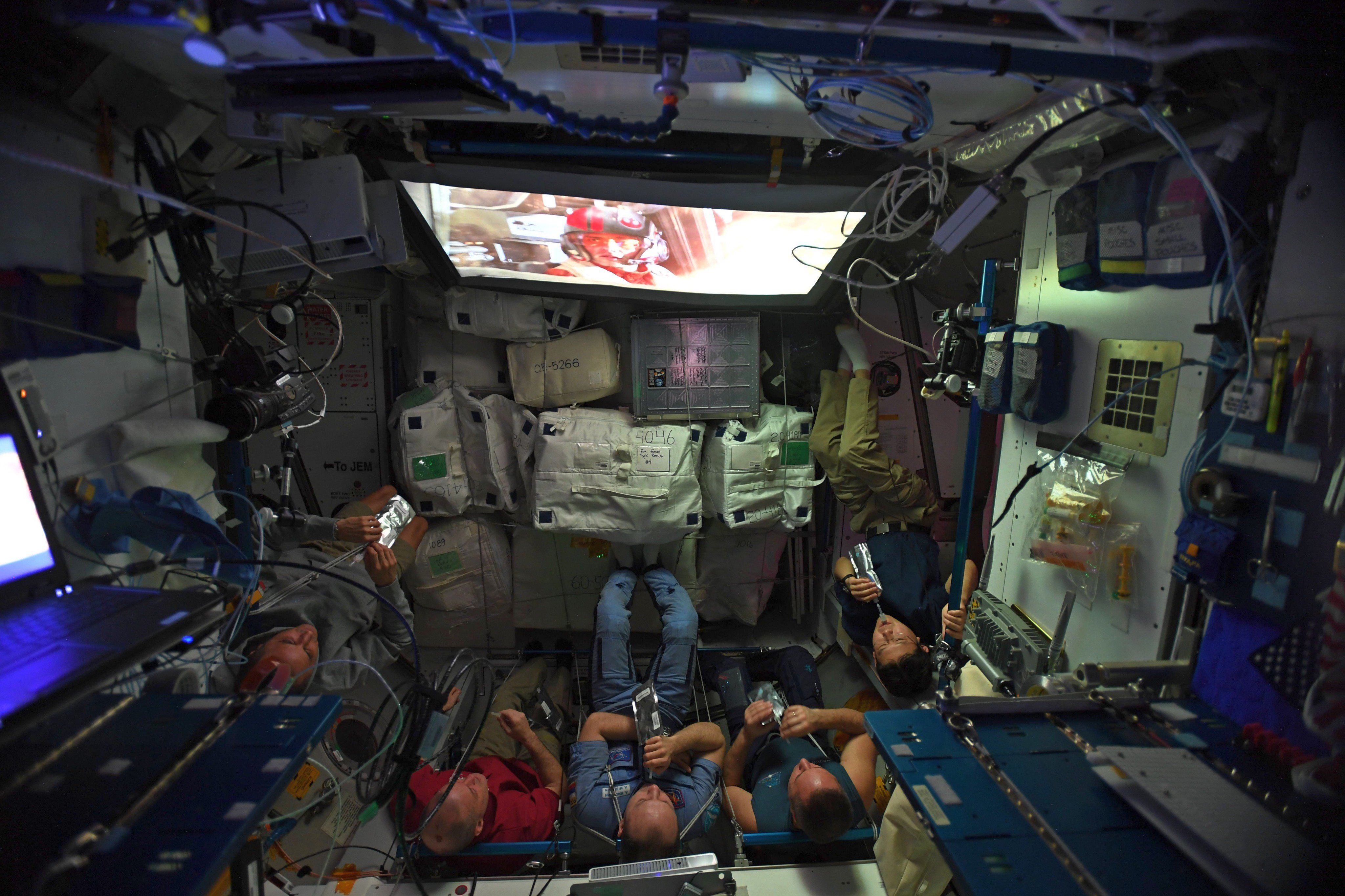 Apparently there's a fairly well-stocked movie library aboard. A FOIA request revealed its extent, shown in Gizmodo's The Complete List of Movies and TV Shows On Board the International Space Station

As for largest screen size, perhaps the sky's the limit?

3
If an ISS emergency requires pressure suits temporarily, can they still use the laptops? Move the cursor?

11
What would happened if the ISS was depressurized while astronauts were sheltering?
14
How does an astronaut pack for the ISS?
4
What's the average temperature on the surface of ISS (International Space Station)
5
Fluid loading protocol, what's it and what's it for
1
What's up with the "Apollo" computer on the ISS? How is it being used?
2
When reading "the writing on the wall" in the ISS, which way is up?
10
Why so many laptops on the ISS?
9
What DID NASA do with "the world's largest quantum computer"? (re question from 2013)
6
When the ISS is de-orbited, what is the likely mass of the largest impact fragment?