Could nanobots travel through space?

I couldn't find a better place to ask this, but I figured this exchange would know about the problems associated with traveling through space.

My question is if nanobots could spread through the universe, by the same method some people think life got on Earth, by an asteroid or other chunk of matter containing bacteria.

If nanobots can be made to self replicate (and as far as I can tell there are no credible scientific arguments against the underlying theories laid out by Drexler, carbon atom moving arms have apparently been made as well as a variety of <100 atom motors) they could eventually reassemble all carbon on Earth into more nanobots. I don't care about precautions or self-assembling bots being "needlessly complex" as Drexler himself says, those do not stop malicious determined intent.

Assuming this happened, how likely is it that something could hit Earth with enough mass that chunks containing nanobots would fly off and land on some other planet? I don't know much about space, my knowledge is limited to the idea that black holes and stars might pose problems for them. But only one chunk or single nanobot really needs to collide with any carbon containing material in order for them to continue spreading. If its feasible enough with bacteria that Panspermia is an actual theory, I don't see why it wouldn't be much easier with much better "bacteria."

Is this a likely scenario, or are there realities about space that I am missing?

In response to first answer

GremlinWranger's answer provides some good points but there is one thing I wanted to clarify. A few of the points seem to be talking about a single nanobot, specifically when one lands on a speck of dirt and can't find essential materials.

A more likely scenario I believe is that a chunk of rock or ice with many bots in it hits the Earth and explodes, scattering bits in a large area. Now it is possible that none of those land on usable elements, but could forces on Earth not move them around? If they are solar powered, all that is required is for some animal or wind or bug to accidentally move them to a place where they have sunlight and carbon.

I think that the point about radiation might work. With the large distances of space and the abundance of radiation (to knowledge anyways), it does seem likely that some amount of radiation would hit the nanobots. I don't know enough about space to know if the particles/waves would hit all of them, but considering that humans need to be constantly repairing their cells, combined with potentially massive distances traveled, this might be a big enough problem to significantly decrease the chances of this being a real threat. This is assuming that the radiation in space could damage diamondoids, but my limited understanding of radiation is that the only way to survive it is to have a lot of mass in the way, or to repair the damage as it happens, both of which the nanobots would not have.

Unless they develop Strong AI which I personally think will be even harder to create than nanotechnology, radiation and a lack of significant energy sources in the middle of space will probably be the best defense against this possibility. Assuming of course that another problem doesn't prevent self-replicating nanobots from being created in the first place.

Nanobots are easy to describe, hard to design. Conceptually they are similar to a biological cell. They need to be able to extract energy from the environment, store that energy, store a copy of their build instructions, and finally use that energy to execute those instructions.

While it is hard to put limits on hypothetical technology we can make some assumptions based on the laws of physics and looking at how evolution has optimized cells.

The first is that matter tends to group with like matter during planet formation, and that elemental transmutation is impossible without massive concentration of energy (nano machine would need to make and store antimatter). So a grain of dust size nano machine landing on earth would be highly likely to find the spec of soil it landed on was missing some critical element for replication and is stuck. Smaller machines are more likely to have this problem as moving is more energy expensive. It takes a lot more than pure carbon to produce energy extraction and duplication structures. At very minimum it would take three elements, to produce an insulating base and two opposing charge levels, and most likely data storage would need two more elements. Actual machines would probably need most of the upper half of the periodic table, though with more complex instructions substitution would be possible (but see below for problems with instruction complexity).

The second problem is energy. The only really universal energy source is light, and it is generally weakest where there are usable amounts of useful materials (below ground, in oceans). Plants and the solar powered mars rovers give us useful benchmarks for the activity levels of a light driven nanomachine colony of similar sizes.

Third problem is information density. Current nano machines need large and complex fabrication and are not self repairing. The amount of information required to achieve those is massive, and even with deliberate design radiation effects will always manifest as corruption. For biological life the solution is regular replication with corrupted copies dying, for existing computers the solution is physically increasing the number of atoms in the storage so on average enough survive random changes to still be read. For a space faring nanobot the time between stars is a long period of data corruption with no energy or material available for repairs so highly likely to arrive corrupted.

Fourth problem is shielding/environment. The machine needs to store energy in some chemical form, and the outside environment will tend to return that chemical to a more stable state. This will require a cell structure to prevent things leaking out (into vacuum) or leaking in (atmosphere or ocean). This places a lower limit on the nano machine size before it is all cell wall, and the needed thickness is probably similar to that of biological cells.

A related problem is temperature control, single sell sized structures cannot usefully transfer heat so a space faring nano machine needs to handle a very wide range of temperatures. High temperatures will tend to result in 'random' chemical reactions taking place other than those desired disrupting structure, while low temperatures will greatly slow reaction rates of function critical activity. This is particularly important for the information storage that needs to be both stable at high temperature and capable of being replicated without excessive energy demands (think writing on paper vs carving marble)

None of the above prevent a nanomachine existing but they do suggest that the actual size of a machine will be physically quite large per 'cell' for power generation and information storage reasons and will depend on sunlight for operation.

It also suggests that the most likely fate of a single 'default' nanomachine arriving on earth (or blown from Earth to a random world) would be stranded due to material shortage until it is eaten/absorbed by some form of life and deprived of sunlight, and then work it's way up the food web until it passes through some form of digestive process that destroys physically or chemically.

The situation is different for a 'magic tech' nanomachine designed on Earth to exploit earth biology (co-opt cellular functions for energy and materials) and environment (known temperature/humidity/ph ranges) which could be pretty much arbitrarily dangerous.

In theory yes. We can have the technology to make a big nanobot. 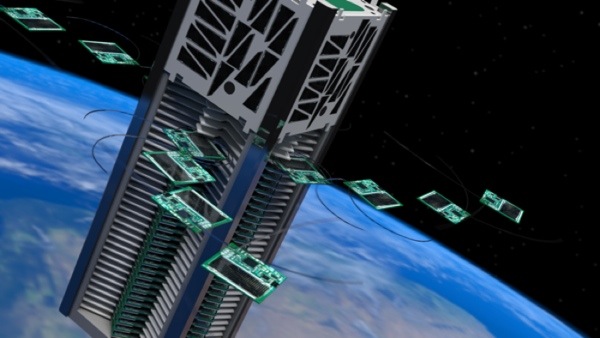 These tiny satellites could be fitted with a tiny solar sail orientated to the sun and cell could travel in space. The most you could hope for are message in a bottle and crossed fingers.

After the chips gets damaged or stop working a physical message could be placed on it somewhere using atomic writing. 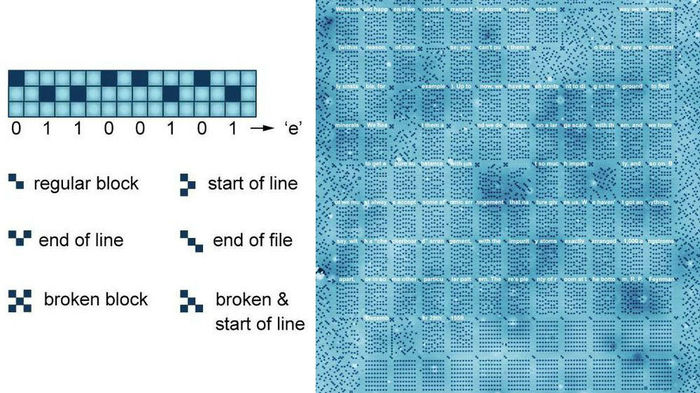 Not the answer you're looking for? Browse other questions tagged astrobiology robotics or ask your own question.

30
What is the smallest operational artificial satellite?

4
What is the potential limit extraterrestrial life can survive and under what factors?
7
What type of rock or soil on Mars will give Nostoc Commune cyanobacteria the best chance to survive there?
2
Will Astrobee be the second time that an autonomous, mobile robot will use ROS in space?
2
Is microgravity “known to” increase bacteria's tendency to acquire foreign genetic material and become metal & antibiotic-resistant?
4
Why are there no methane detectors with “the mole” of the Insight lander?
3
Could it be worthwhile to bring a small and simple greenhouse with biofilms along with one of the next missions to Mars?
2
Could any “Well-Tracked Analyst Object” turn out to be a natural object or even something else?
5
Life on Mars: How do we know it is not from Earth?
1
Could we intentionally contaminate another celestial body with life to start producing oxygen?