Why is the operating temperature for the Voyagers' receiver noise calculation about 1550K?

In Table 5.3 for the downlink receiver at DSN, the noise temperature is 21K and that's consistent with it being cooled to about 13K. But I can't understand this 1500K figure for Voyager, it seems unphysical unless the technology is so old that the source of the noise is the 1970's era front-end transistor itself.

Were they really that noisy back then? 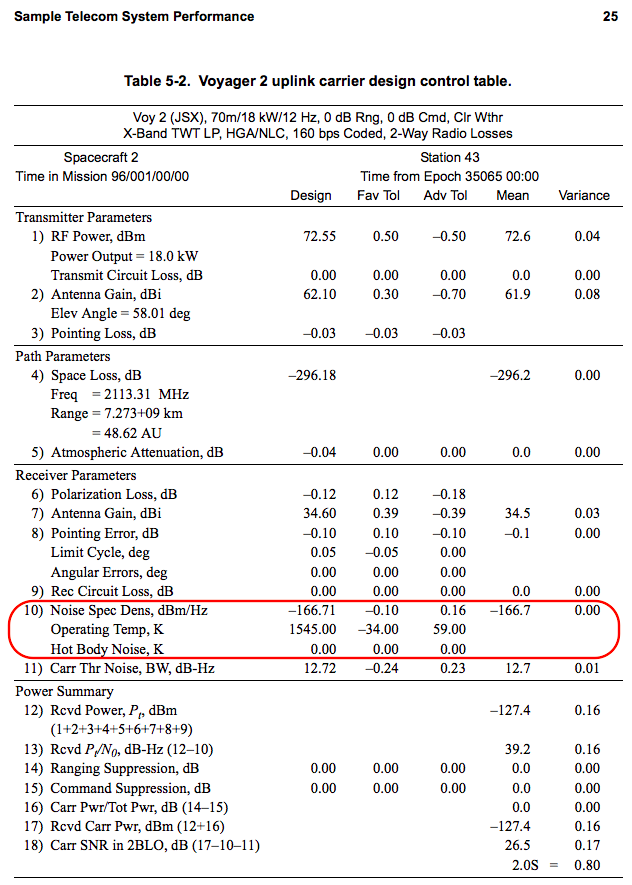 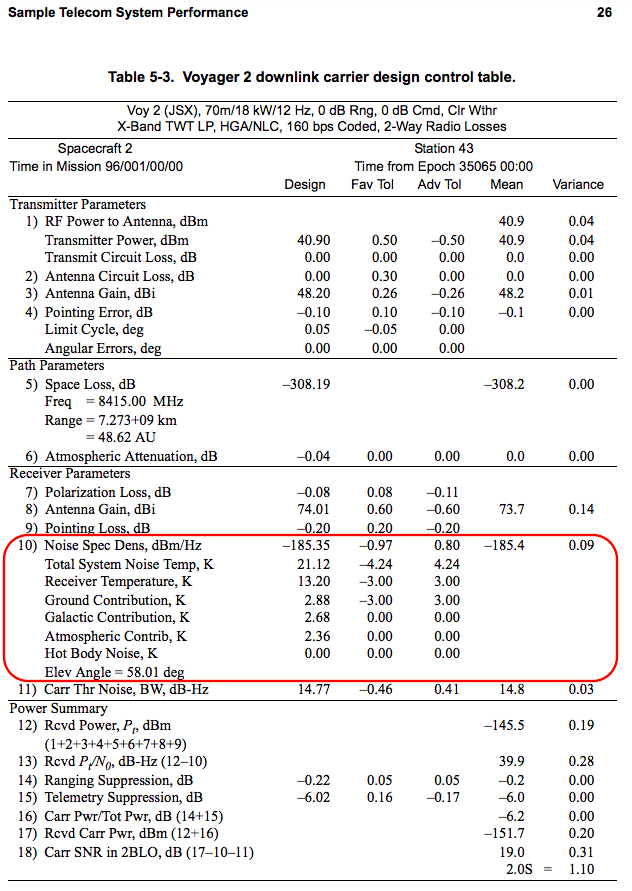 Browse other questions tagged voyager radio-communication deep-space-network or ask your own question.

2
Did any of Voyagers' receivers' front ends take advantage of the “cold of space” to lower noise?

7
Any evidence for a KBO fly by from one of the Voyagers or Pioneers?
16
How well can Voyager 1 separate Earth signals from Solar noise these days?