Which nations own tracking ships for support of rocket launches?

Are there no other missile range instrumentation ships for support of space operations of other nations, for instance Japan, India, Great Britan and North Korea?

I remember having seen this ship, the Monge in the harbour of Brest at the English Channel's French coast about 20 years ago. 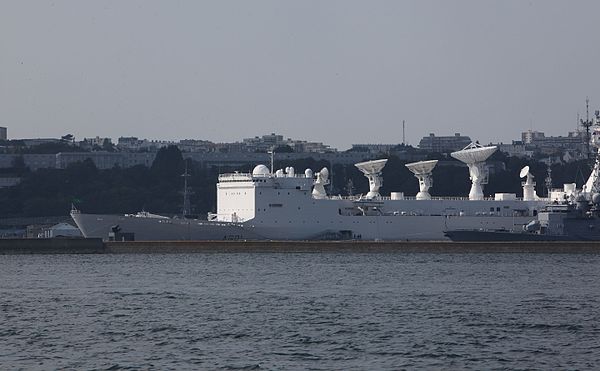 Some month later, this ship was mentioned in German TV news, France has admitted the existance of a secret surveillance ship, the Monge. I had to laugh, the existance and purpose of such a ship could not be hidden, especially in the navy harbour of Brest easily seen from civilian areas of Brest

Browse other questions tagged launch tracking or ask your own question.

8
Why did ISRO require additional tracking ships in the South Pacific for its MOM mission?
9
Are any tools available for realtime visual tracking of live launches?
11
Tracking Arc and Time for Precise Orbit Determination
8
For SpaceX's Texas launch site, what kind of range radar/tracking will they have?
3
Efficiency of rocket launches?
12
Why are rocket launches so loud?
3
Any punishment for the own launch?
5
Launch Azimuth for Southeast launches
20
Where to look for next rocket launches?