Since a temperature change is generally smooth when you travel, I was wondering that temperatures would be somewhat decent if you were to stay somewhere in the day/night longitude in Mercury.

I made two little graphics for you to visualize the theory, suppose that it's a 100 km surface seen from above, 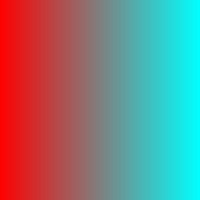 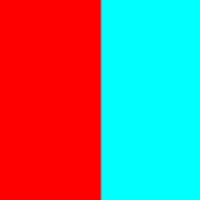 After all, if you were to zoom in the second picture a lot, you would spot a smooth transition, albeit in a much narrower region.

Does that theory make sense at all?

It is going to be complicated by the fact that Mercury's surface is quite rough from billions of years of pummeling by meteors and its own, earlier volcanic activity. That means one side of a crater or a peak will be getting hot in sunlight while the opposite side will still be in darkness and quite cold.

So I think as you zoom in, your diagram will start showing all kinds of hot spots in the cold region, and cold spots in the hot region due to topography. That' region is probably going to be tens of kilometers wide, but it depends a lot on the topographical details of each region.

During the recent total eclipse of the Sun, NASA flew jets with telescopes high above much of the water in the atmosphere in order to make thermal infrared images of the planet Mercury!

Observing during the eclipse with the WB-57s allowed us to also do some interdisciplinary “bonus” science. Mercury is the closest planet to the Sun and never very far from it in the sky, making it difficult to observe – during the day, the bright sky presents a significant background and equipment must be able to deal with bright sunlight, while observations at twilight (before sunrise, after sunset) are at very low elevation, through multiple airmasses, and thus complicated by significant seeing. At ”thermal” near-infrared (NIR) wavelengths of 3–5 μm, this is a particular problem since atmospheric emission and absorption are that much worse. During the eclipse, the sky is significantly darker (even during partiality) and Mercury is near zenith, providing vastly improved observing conditions.

NIR observations at 3–5 μm probe the temperature of Mercury’s regolith down to depths of a few cm. The cooling timescale of the regolith is poorly known, but is a strong function of the soil composition and density/porosity. MESSENGER X-ray fluoroscopy measurements probed composition only in the top few microns; composition and density below this thin layer are unknown. Measuring the temperature as a function of Mercury local time would reveal the diurnal cooling timescale and, along with modeling, constrain regolith composition and density/porosity to few-cm depths. In turn, this provides insight into how Mercury’s regolith was processed during early planetary formation and bombardment, improving our understanding of rocky planet formation during the early solar system. There are no existing spatially-resolved NIR measurements of Mercury; we attempted to make the first “heat map” of Mercury with the WB-57. 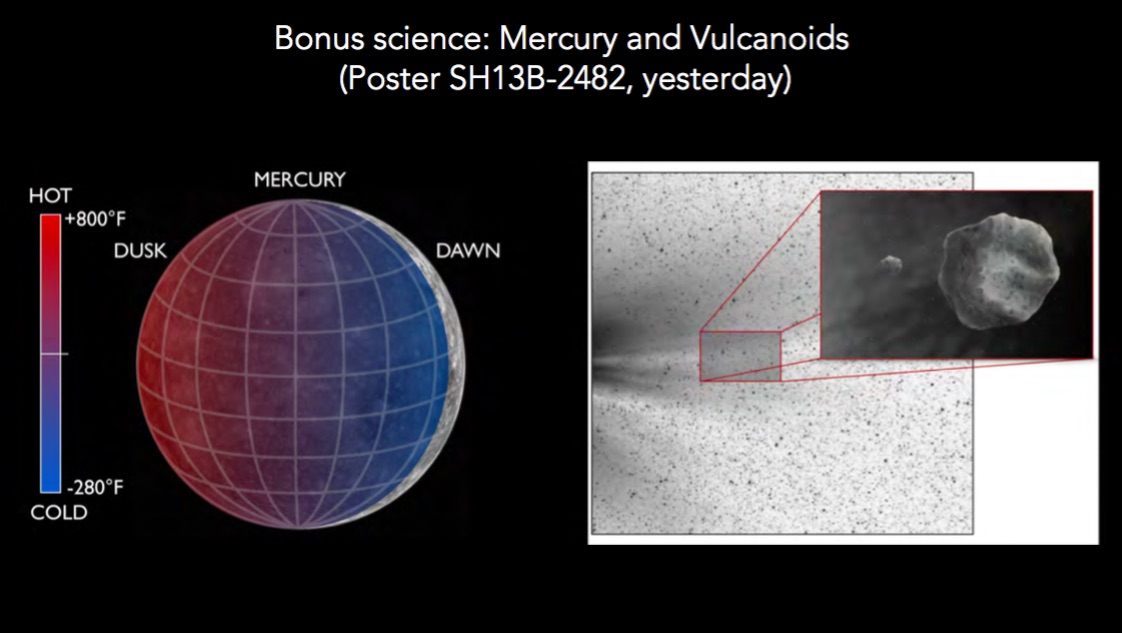 (this is not an answer; there are no answers)

The temperature change would most likely come from the portion of the sun that's above the horizon. When the Sun is completely below the horizon, the small amount of heat radiated by the ground/rocks should be negligible (there's no atmosphere, so this would just be plain old blackbody type radiation). When the Sun is completely above the horizon, it will be hottest (no atmosphere to refract the Sun). By the Intermediate Value Theorem, there must be a point where the temperature is at a "friendly" temperature, but this assumes that there is a single temperature where a person is standing which is probably not true.

It also assumes the concept of temperature exists in direct sunlight, which may be false or difficult to define. On Earth, we measure shade temperature in the air to avoid measuring temperature where there's direct radiation. Since Mercury has neither shade nor air, this doesn't translate well to Mercury.

16
What is the surface temperature distribution of Venus?
9
Why the thermal imaging of Mercury's surface requires a telescope on a jet flying through an eclipse?
12
Radial variation of atmospheric pressure in rotating O'Neill cylinder-like ship? (Rendezvous with Rama)

14
How tectonically active is Mercury?
20
Would temperatures be more stable under the surface of Mercury?
9
What is the temperature variation between the lunar day and night on the moon?
6
Cyclers To Mercury?
14
Can the Sun set twice during the same day on Mercury?
4
Radiation risk on Mercury?
1
Could a Sun shield keep a rover cool daytime on Mercury?
4
How much more quickly does night come on Mars compared to Earth? Will it be easier to see Mercury there?
8
Are JWST displayed temperatures equilibrated to stable?