Docking of CSM with LM

After separation from the SLA (by about 50-100 feet), the CSM "turned around" and docked with the LM to pull it out. This turning around was done by a 180 degree change in orientation. This could have been done by using the "YAW" or the "PITCH" function. I understand this was done by change in "PITCH" and not YAW. Is there any specific reason for using the PITCH function or it was left to crew?

The book "Lost Moon" by Lovell and Kluger talks about this, but I don't have a technical reference handy:

The guidance platform used on the CSM would go into gimbal lock at +/- 90 degrees yaw, so yawing would cause loss of attitude information.

Initially, I could not find a source for the selection of pitch over yaw, though I did note that the pilots preferred to start the pitch up manually before engaging autopilot, because autopilot would pick pitch up or down depending on what was shorter--the procedure was to pitch up. So it sounds like the pilots were pretty consistent about following the procedure.

After Tristan's answer, I was able to track down the original explanation of the problem with a yaw maneuver:

For a vehicle that needed to refine its trajectory by fractions of a degree on the quarter-million-mile coast to the moon, the system worked exceptionally well, with one small exception. If the spacecraft inadvertently moved to a full right or full left yaw position, the gimbals had a nasty habit of lining up with one another and locking in that configuration, instantly wiping out whatever knowledge the computer had of the ship's attitude.

From Apollo 13 by Jim Lovell and Jeffrey Kluger

The third effect - that due to outer gimbal inertia - comes into play only with large middle gimbal angles away from the zero orientation shown in Figure 1. In the extreme, large middle gimbal angles cause an effect called "gimbal lock". Gimbal lock occurs when the outer gimbal axis is carried around by vehicle motion to be parallel to the inner gimbal axis. At this trivial point the three gimbal axes lie in a single plane. No gimbal freedom now exists to "unwind" base motion about an axis normal to this plane. Even though any vehicle orientation with respect to the stable member can be accommodated by particular sets of the three gimbal angles the condition at gimbal lock prevents accommodation of a particular orientation change from the locked condition.

Transient loss of attitude due to gimbal lock effects, or any other disturbance, does not necessarily mean a permanent loss of orientation unless the gyro gimbal limit stops are reached. Within the integration range of the gyro the attitude is recovered as the gyro error is brought back to zero.

Firm groundrules on how close to gimbal lock the Apollo IMU could operate satisfactorily depend upon experimental results with the actual flight configuration IMU. Within the last month these data have started to be collected using IMU #3 with breadboard electronics. It appears that gimbal lock can be approached as close as 10 degrees without risk and even much closer with some possibility of loss of stable member attitude. Stated more dramatically, the inner axis of the system was aligned within 10 degrees of a base motion axis perpendicular to the output axis. 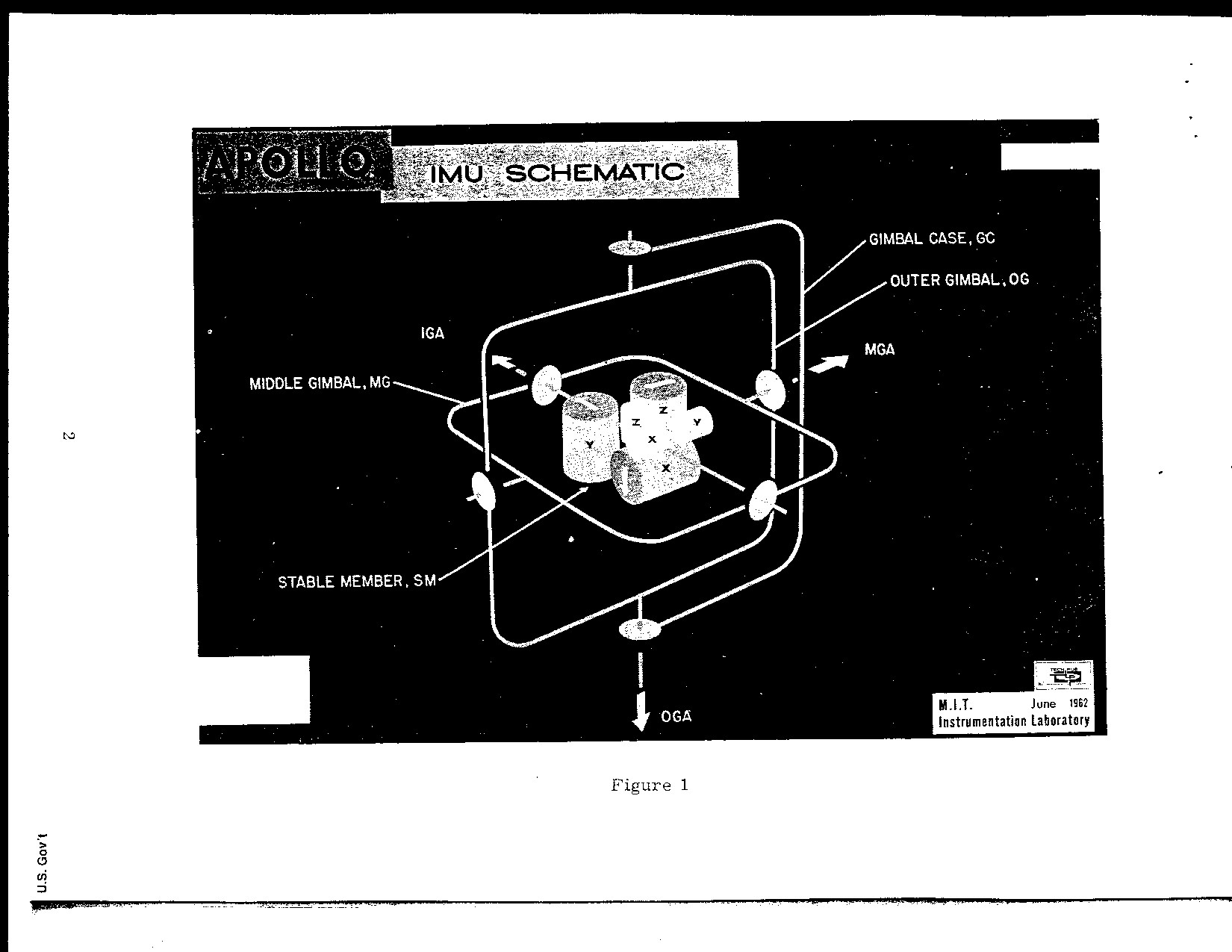 Not the answer you're looking for? Browse other questions tagged apollo-program docking lunar-module apollo-sla or ask your own question.

28
Reasons behind the “Transposition, docking and extraction” maneuver
9
Coordination of RCS on Apollo CSM/LM
1
Docking of LM with CSM
2
Docking of Command and Service module with Lunar module
16
Apollo altitude vs rate-of-descent schedule
3
Confusion with Apollo CSM attitude maneuvers (roll, pitch and yaw) during coasting to/from the Moon
5
How exactly was Apollo CSM attitude changed (from a current one to a new required one)?
5
Why/When was a crew of three considered in the first place?
2
Did the Apollo Command module really “skip” within, or off of the atmosphere as a part of it's reentry program?