Is OSIRIS-REx's high gain antenna nearly the same as TESS'? If so, why?

These two high gain antennas look very similar superficially, but are not identical. Is this a case of convergent design (a fancy kind of coincidence) or have they evolved from the same source, or were they designed by the same group? Is OSIRIS-REx's high gain antenna nearly the same as TESS'? If so, why?

"Bonus points" for figuring out what ORIRIS-REx's dish is made of. Is this just structural and a metal reflector will be applied later?

(related but different, and no accepted answer yet: Why is TESS' high gain antenna made of undulating BLACK fabric rather than metal?) 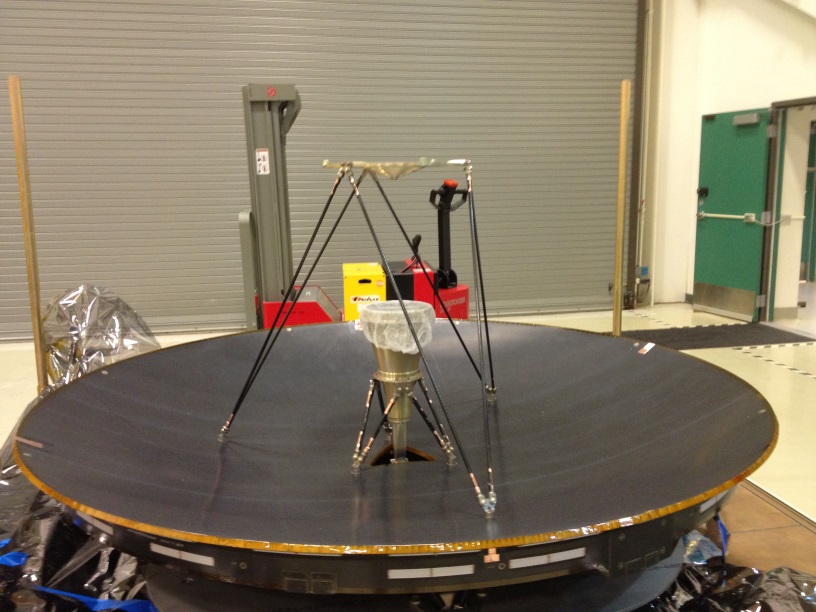 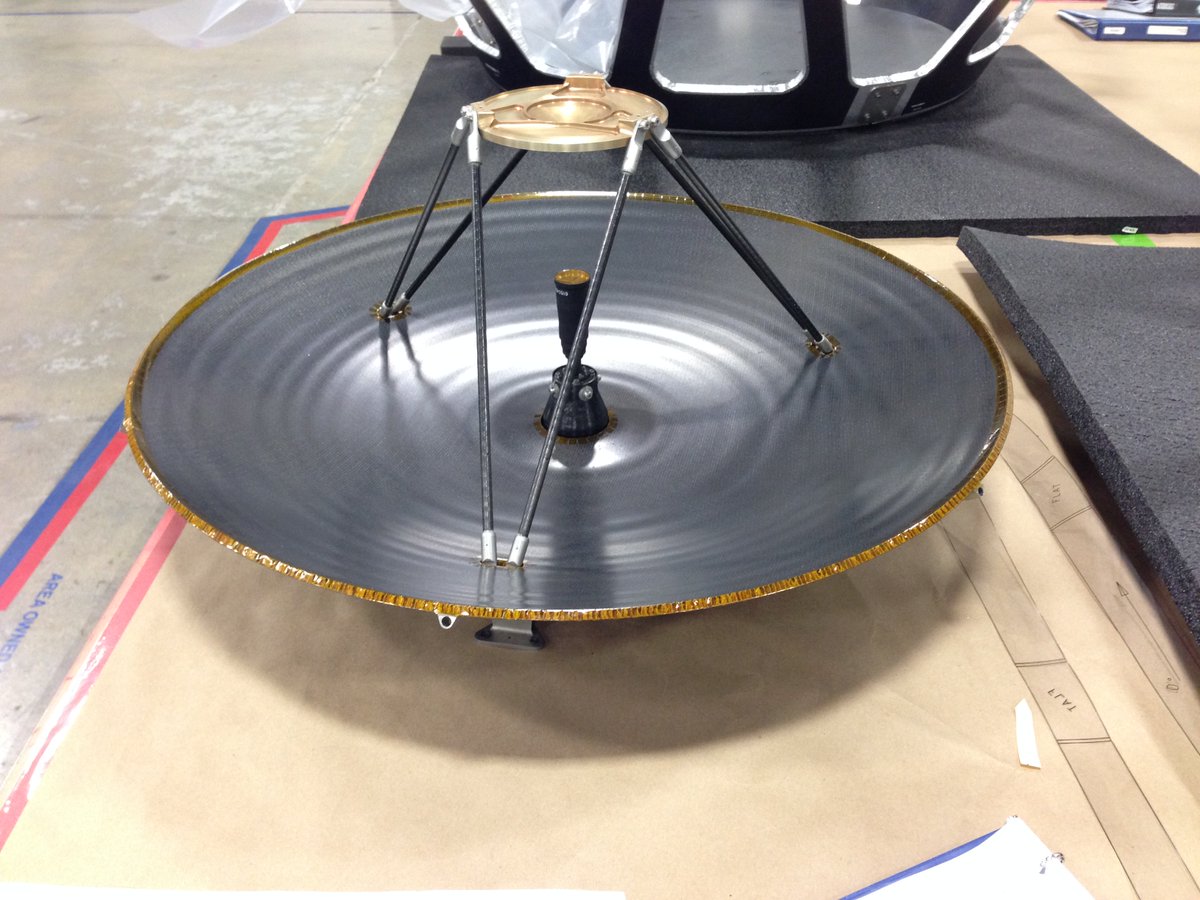 They are not designed by the same groups at all. OSIRIS-REx was designed by Lockheed Martin, including the antenna. The diameter is 2.1m, and operates on 8445 MHz.

Basically they look a lot alike because that is an optimal antenna design. Aside from the color, they look very similar to Voyager's antenna. I'm sure the color has something to do with the different frequencies over which they operate, and material improvements in the last 40 years, but other then that, this type of dish antenna is a pretty standard design. 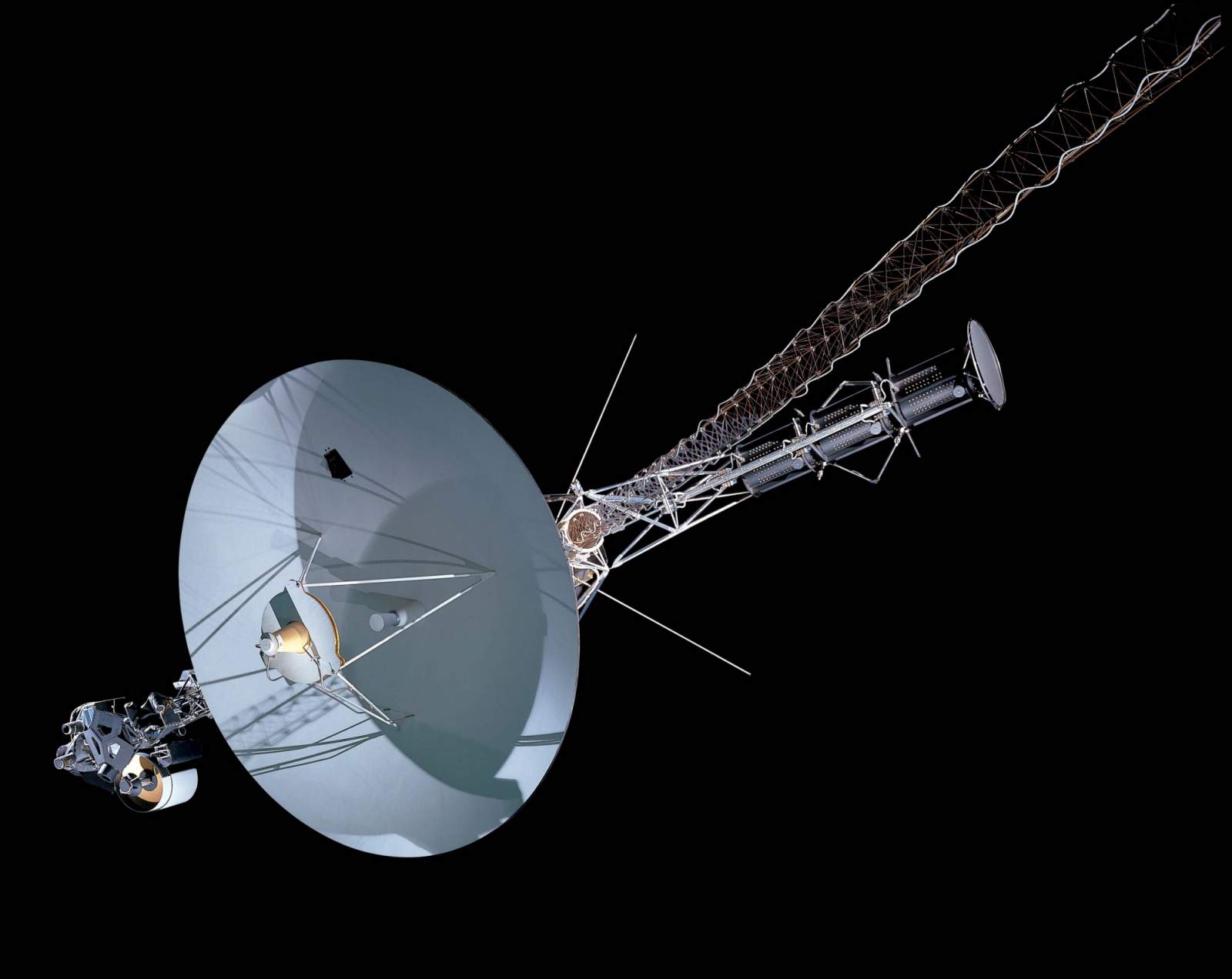 Not the answer you're looking for? Browse other questions tagged antenna osiris-rex manufacture tess or ask your own question.

7
Why is TESS' high gain antenna made of undulating BLACK fabric rather than metal?

0
Why is Osiris-REx using an Earth flyby gravity assist?
7
Why is TESS' high gain antenna made of undulating BLACK fabric rather than metal?
3
What was the probability that Osiris Rex would find Earth Trojans?
4
The appearance of TESS' dish seems to be evolving, what will be the final configuration?
5
How does Curiosity know how to point and move it's high gain antenna in real time?
2
Did New Horizons use its smaller medium-gain antenna for most/all downlinking of Pluto and Arrokoth flyby data?
6
How does the pattern on the MarCo cubesat's antenna boost data-transmission?
2
Where are the 6 22-N OSIRIS-REx engines?
3
How exactly were the signals from quad dishes of Apollo Deep Space High-Gain Antenna or Russian B-529 processed for local control of tracking?