This answer reminded me that the Electron rocket drops one of it's batteries when it is mostly spent. We might call that "micro-staging".

With a low auto-ignition temperature of only 150°C, the second stage batteries will burn up in their entirety during re-entry while the first stage batteries are also likely to be incinerated to some extent during their sub-orbital re-entry.

The phrase "...likely to be incinerated to some extent..." is a bit vague and half-hearted.

Is there any further information on this? Do they hit the water in burning lithium and plastic flames, or do they dissipate before impact?

The question turns out to be a bit misguided as the first stage batteries are not ejected during flight; however, it can still be answered no.

Spaceflight 101's quality can be mediocre at times. I think this article is an example of that.

I found no evidence that states that the first stage batteries are dumped overboard during flight. The Electron Payload User's Guide explicitly states this for the second stage (emphasis added):

High Voltage Batteries (HVBs) batteries provide power to the LOx and kerosene pumps [...] During the second stage burn, two HVBs power the electric pumps until depletion, when a third HVB takes over for the remainder of the second stage burn. Upon depletion, the first two HVBs are jettisoned from Electron to reduce mass and increase performance in flight.

There is no such statement for the first stage. Additionally, looking at the layout of the vehicle in various pictures I see no clear mechanism for ejecting the first stage batteries short of also jettisoning all 9 engines. From the User's Guide the batteries (power pack) are located between the tanks and engines, probably around the engine plumbing: 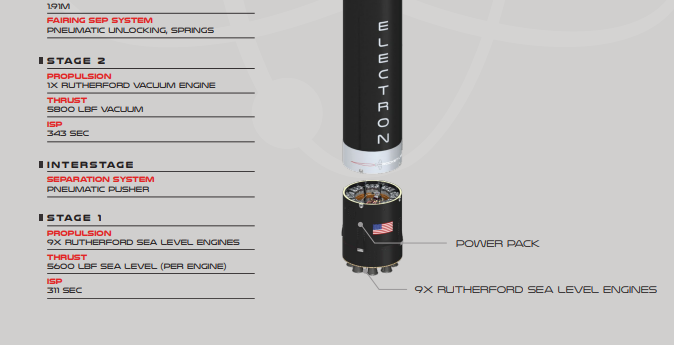 Close up pictures don't seem to show anything either from the bottom or side: 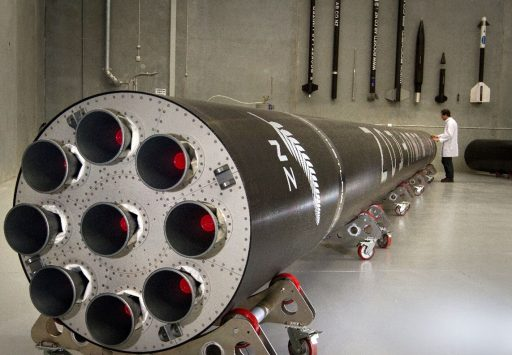 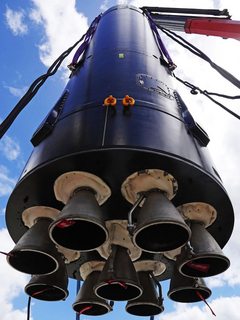 The incineration part is basically DOA because we know that Rocket Lab is pursuing recovery and eventual re-use of the Electron booster. They have already fished-out a flown booster and because the batteries remain onboard they are not exposed to the heat of re-entry.

The main concern for Rocket Lab is the heating on the engines and they make no mention of protecting the power pack. I suspect that there is very little heat transferred to the batteries during the brief, but fiery re-entry period. Additionally, the toxic flames of burning batteries could damage electrical connectors (among countless other things) and would also be a risk to humans involved in any recovery operations (and protective instruments are not seen in limited pictures).

This screenshot from Everyday Astronaut's Rocket Lab tour video appears to confirm the radial battery placement and definitely shows just how impregnated they are inside the vehicle: 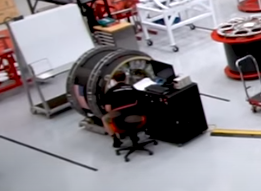 It also shows the individual "battery units" covered in (presumably) some kind of multi-layer insulation. Batteries have some of the strictest temperature limits of all space hardware (slide 5)*. Such tight limits necessitates ample engineering effort towards their thermal control.

*this table is likely referring to older nickel based space batteries, but lithium based batteries still have tight limits.

Not the answer you're looking for? Browse other questions tagged launch rocketlab electron battery or ask your own question.

38
What was ejected from RocketLab's Electron launch vehicle at T+6:25 during stage two burn?
12
Rocket flywheel instead of battery/generator (crazy idea)?
6
Are LiPo batteries more suitable for 1st stage electric power than Li-ion batteries?
5
What is the mass of the Electron rocket's battery pack?
3
How many kilograms of nickel particles will be dispersed in Earth's atmosphere by dumping old ISS batteries overboard?
2
Does electric fuel pumping scale well for rockets?

38
What was ejected from RocketLab's Electron launch vehicle at T+6:25 during stage two burn?
1
Why does Rocket Lab plan to deploy first, circularize later?
8
Why does the Electron rocket throw sparks; especially at SECO?
6
Are LiPo batteries more suitable for 1st stage electric power than Li-ion batteries?
6
Electron rocket holding & releasing mechanism
1
Payload capacity of Electron rocket?
4
What is the "recovery" helicopter for the Electron booster carrying?