What is a secondary thwack arm, and what gets thwacked?

At the bottom there is something called a secondary thwack arm.

Question: What is a secondary thwack arm, and what gets thwacked? I certainly hope it's not the bee trap! (shown in the linked original image link below)

("bonus points" for an image of the primary thwack arm.)

Original image but answer shows it as well.

A figure from the forthcoming book The Design and Engineering of Curiosity: How the Mars Rover Performs its Job, by Emily Lakdawalla, illustrating the parts of Curiosity's sample handling mechanism that sift and portion out powdered samples of Martian material using a sieve with 1-millimeter holes.

The key search terms for this one are "lakdawalla thwack arm". 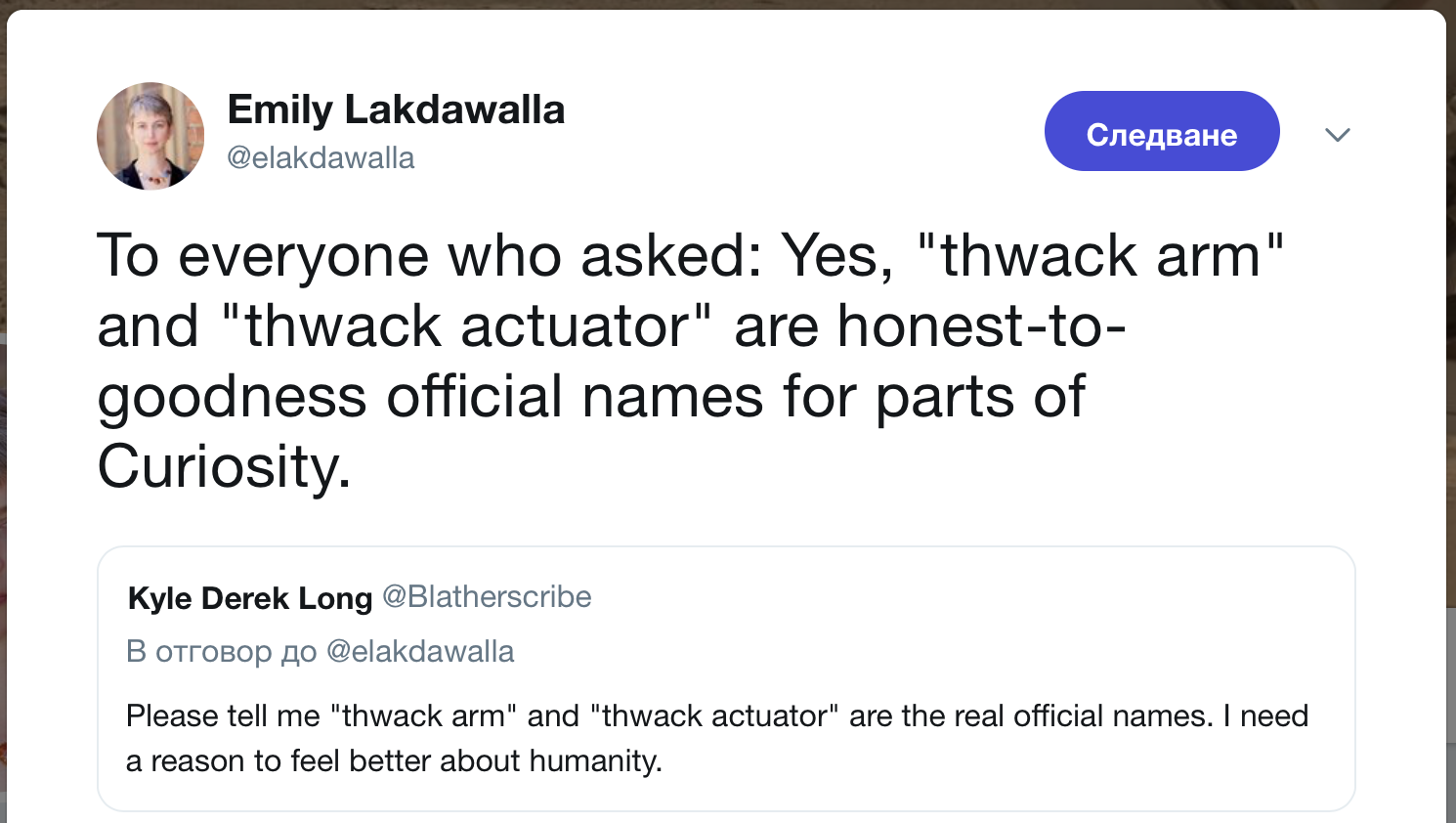 According to one of Emily Lakdawalla's blog posts, the thwack arms are used to knock material out of the sieves, much in the way you might thwack a flour sifter against a kitchen counter to clear it:

Both the 150-micrometer sieve and the 1-millimeter sieve hardware is mounted on motorized swing arms that wind up an internal spring mechanism, which releases at a certain point in the range of motion and "thwacks" (high-g impact driven by the spring) the sieves against hardstops in order to clean the sieves of material that might be blinding them. Testing has shown this to be a very effective way of cleaning the sieves inside CHIMRA in order to support the many sample processing operations we have to do.

In another post, Lakdawalla recommends that you, @uhoh, should buy the book:

But if you're the kind of person who hears the words "secondary thwack arm" and must find out what a thwack arm is and why it's called that, and also beg to know if there is a primary thwack arm, my first book will give you many happy geeky moments.

This tweet thread includes a picture of the primary thwack arm, but desktop web Twitter isn't making it easy to snatch the picture. 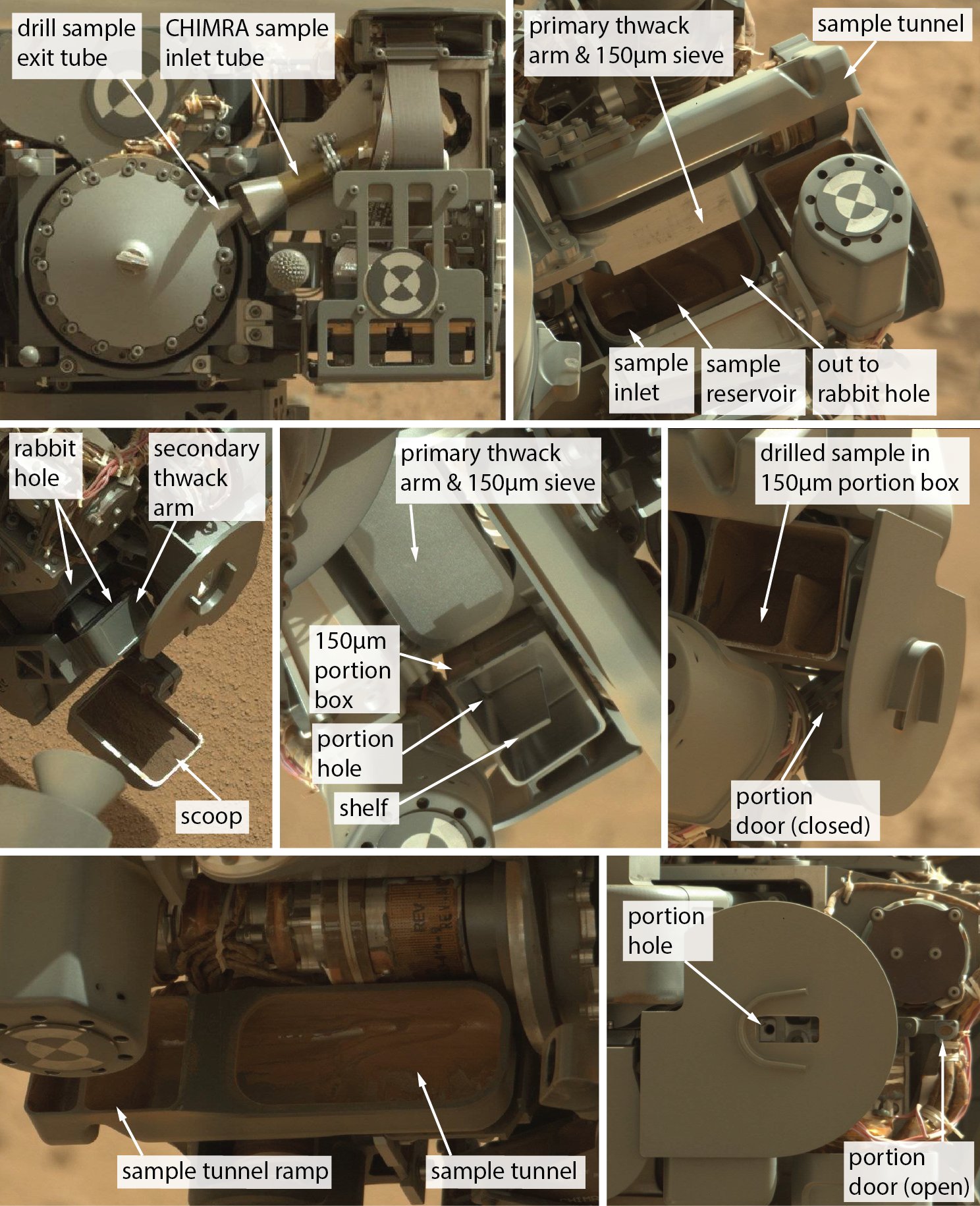 1
What is the date for a Mars file?

16
What are the black and white circular patterns on the Curiosity rover?
6
What would happen if the Curiosity rover "flipped over"?
4
How exactly does Curiosity's floating bus work, and how does it continue to operate when voltage drops from 11 to only 4 volts?
1
What is mast camera? And what does it do?
2
What is inside Perseverance? Is the only scientific payload the bunch of instruments hanging from the arm?
11
Why wasn't robotic arm used to free Spirit rover from sand trap? (and other things...)