I want to pressurize a cryogenic liquid (LN2 in this test. Eventually LOX). I have a setup similar to this and follow a similar procedure to what is described, but I don’t see the same tank pressure behavior. 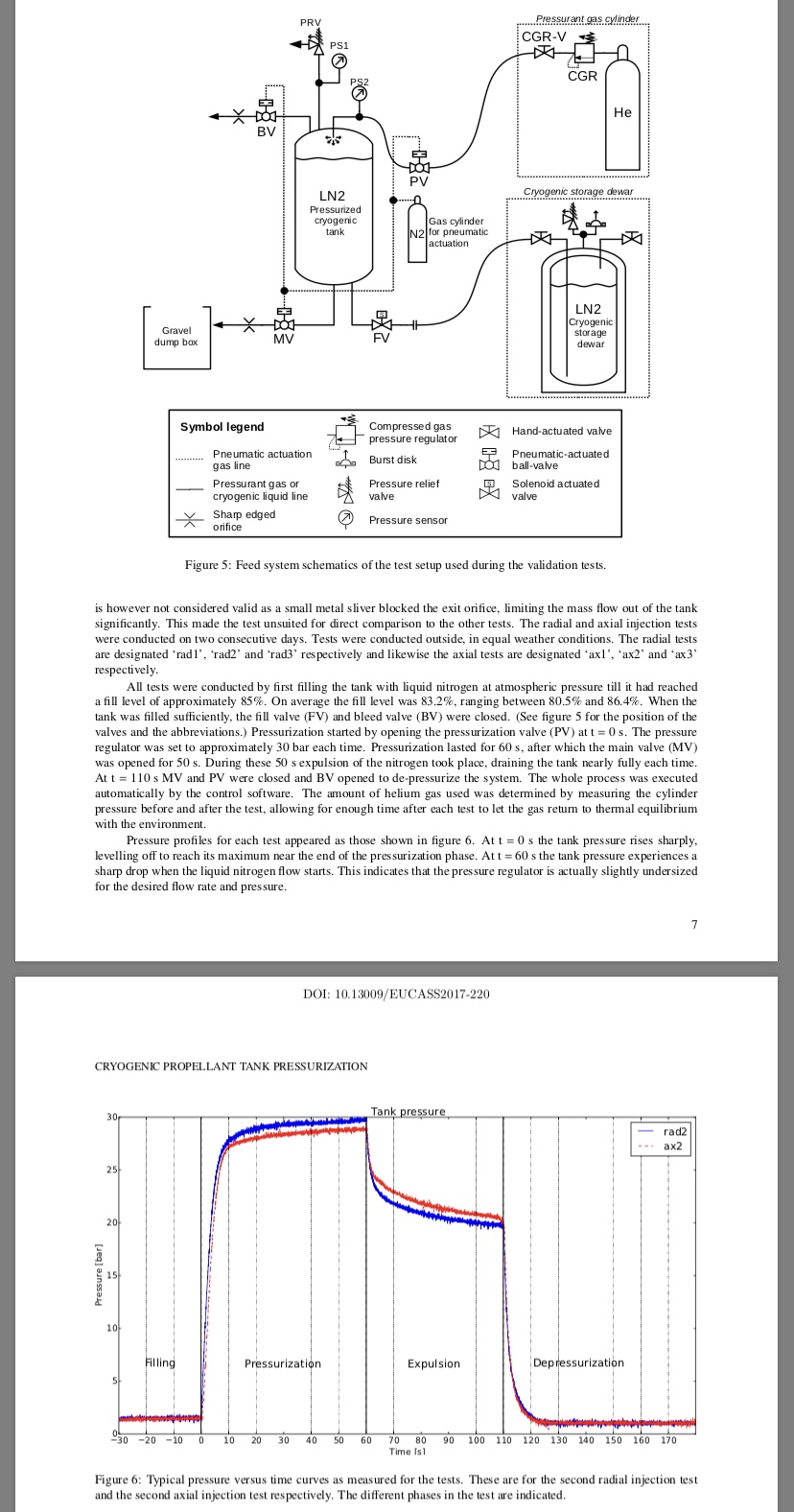 Instead, the curve looks like this, where “set pressure” is the pressure reading just after the pressurant regulator set to 700psi. T=12 is when the pressurization begins. T=40 is when expulsion begins.

A check valve is in place so no gas flows back into the pressurant bottle. Notice how the tank pressure does not level-off at equilibrium at T=22. Tank pressure will continue to rise beyond, and I started expulsion before it could rise too high. It was observed previously that if I did not start expulsion it could rise past 1100psi.

Any idea what is going on? I am aware of “collapse factor” of pressurants for cryogens but the behavior should not be dissimilar from the first picture.

Browse other questions tagged cryogenics lox pressure tanks or ask your own question.

9
A cryo tank within another cryo tank…is it a sound engineering concept?
0
Is the “cryogenic helium” system in recent discussions actually LHe for cryopumping?
4
Cryogenic systems in kwajalein Island- Spacex- falcon 1
2
In a rocket engine, do the propellants come out as liquid or gas if they’re cryogenic?