How close did Apollo 16 astronaut Charles M. Duke Jr. get to the edge of Plum crater?

The New York Times article What Happened to Earth’s Ancient Craters? Scientists Seek Clues on the Moon’s Pocked Surface includes a NASA photo with the caption:

Astronaut Charles M. Duke Jr., of the Apollo 16 mission, near Plum Crater on the moon in 1972.CreditJSC/NASA

I show a cropped section of the photo below, where I have annotated it with some arrows between footprints and a perceived "edge" of the crater. Since each point is a different distance from the camera, it is impossible to make simple measurements from the image without a sophisticated 3D hypothetical reconstruction, probably including a models of the camera ant the terrain.

There may however be more information about this walk both in various scientific reports of the mission, and memoirs as well, since this looks pretty scary!

Question: How close did Apollo 16 astronaut Charles M. Duke Jr. get to the edge of Plum crater? If he had tripped, was there any possibility of falling directly into the crater and not being able to get out? How deep was the crater at this point?

below: cropped and full size from NYTimes "Astronaut Charles M. Duke Jr., of the Apollo 16 mission, near Plum Crater on the moon in 1972.CreditJSC/NASA" 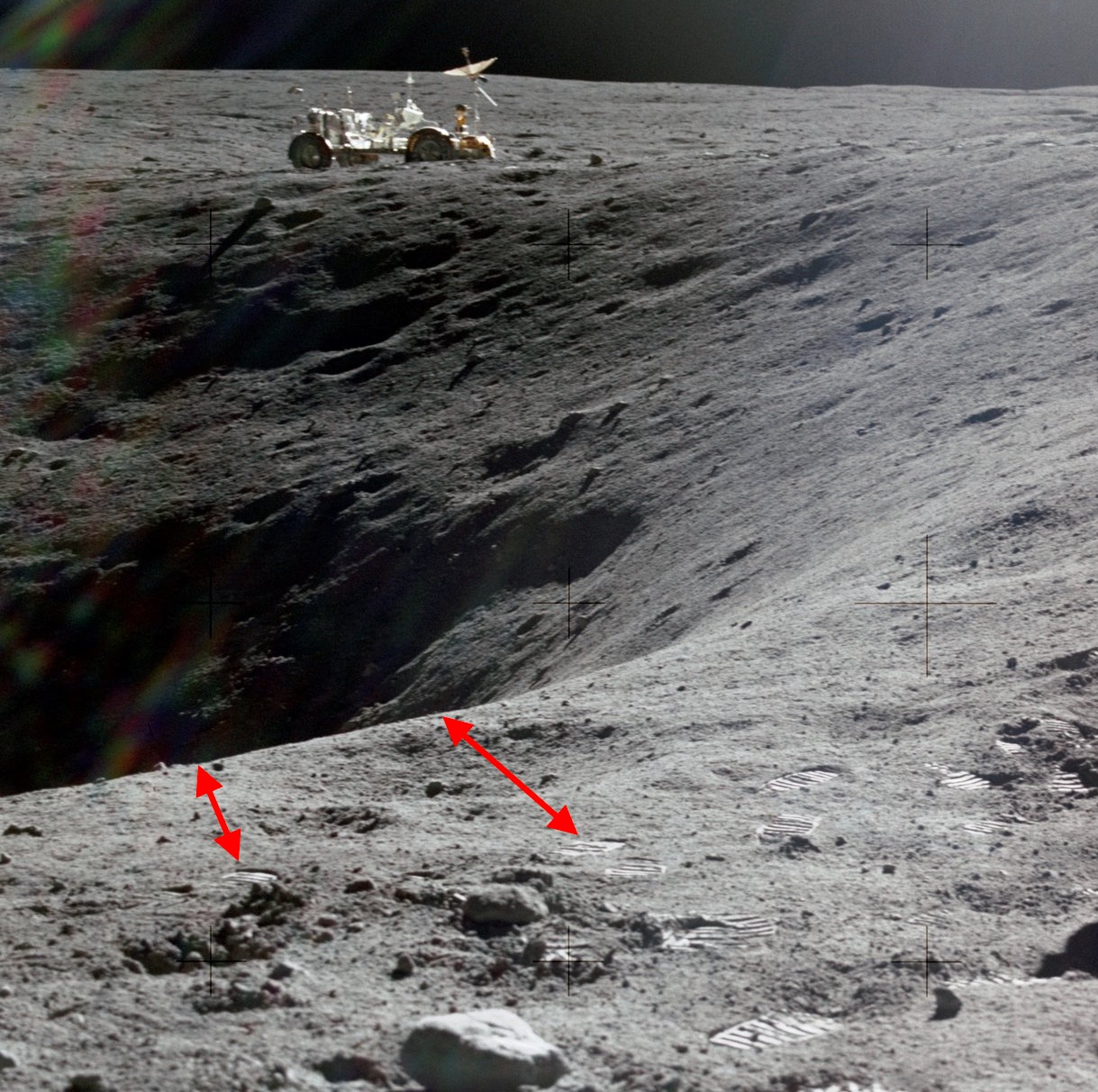 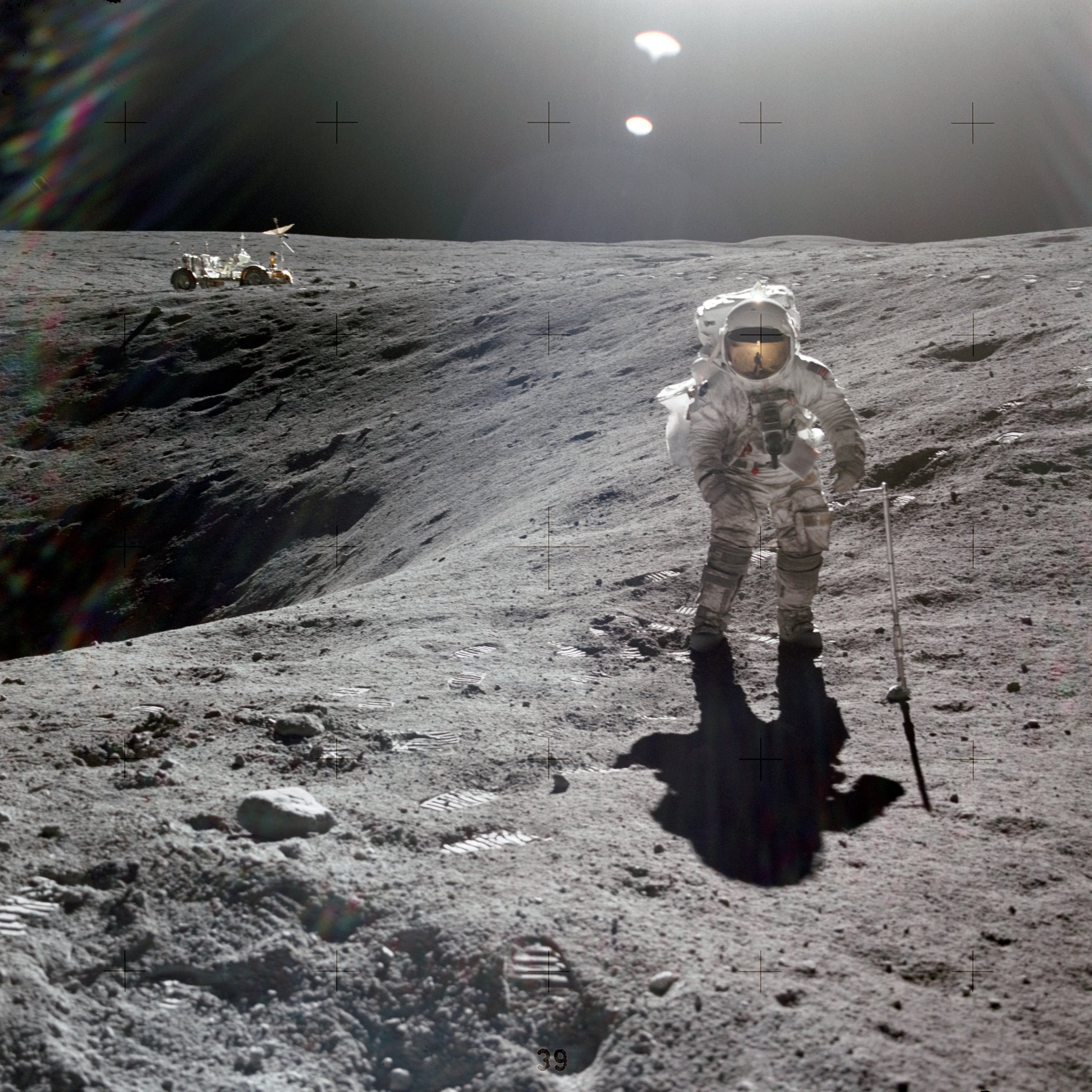 It looks like he was about 2-3 feet away judging by his height. The chance of him tripping and falling is very small. If he did happen to though it appears the crater had about a 50% grade at the steepest. It would be possible to climb out, especially with the much lower gravity. It might be a bit difficult with the spacesuit. I think the big danger would be that you could potentially crack the visor on the way down.

Seen from the side, Plumb Crater is not as large nor as deep as might seem to be from the image in the question.

Not the answer you're looking for? Browse other questions tagged apollo-program safety moonwalking apollo-16 or ask your own question.

23
How intrusive was the Apollo Master Alarm system?
5
How much did the Apollo boilerplate rockets cost?
9
Did Charlie Duke actually get the measles?
1
Should there be black crosses from the Réseau plate in this Apollo mission photograph? If so, where are they?
6
How did the Apollo Service Module reenter?
6
Did Apollo-11 astronauts rehearse their photoshoots on Earth?
5
Did any Apollo astronaut remain disrobed to simplify his waste disposal?
26
How did sloshing prevent the Apollo Service Module from moving safely away from the Command Module and how was this fixed?
11
How did Conrad let Bean drive Apollo 12? Did anyone get in trouble?
4
Why did Charlie Duke catch the brass ring?