How can one know that Chang'e-4 was in "locked to the Queqiao" from this SDR spectrogram?

Chang'e 4 in lunar orbit last night on 8479.77 MHz. The spacecraft seems to be locked to the Queqiao relay satellite at the moon-earth L2 point during most of the passes. Short unlocked intervals before LOS at 07:08 and 09:05.

I see a sinusoidal shape, but the observer must be seeing more here than I can.

How can the author know that Chang'e-4 was in "locked to the Queqiao" from this SDR spectrogram? 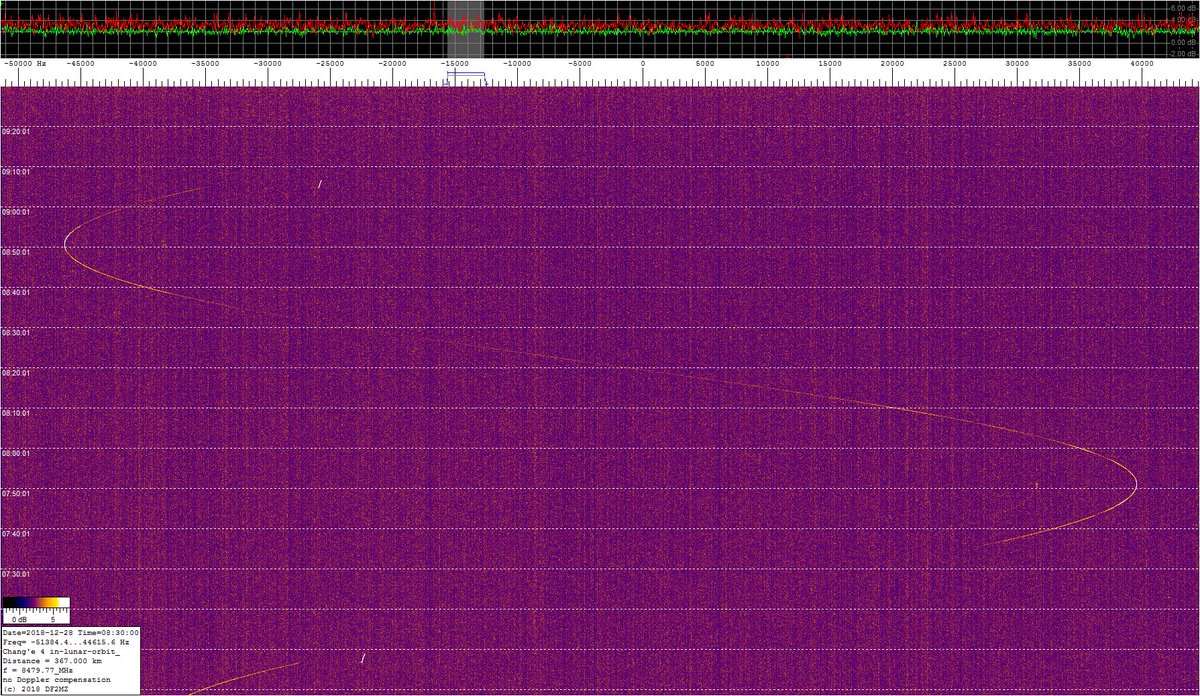 This observation was also reported by Scott Tilley's 02-Jan-2019 tweet: 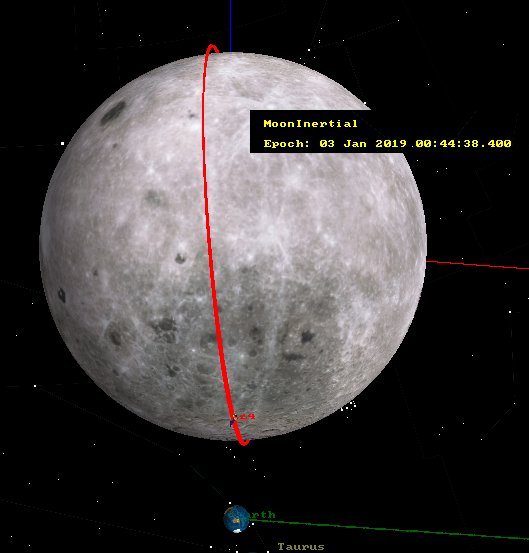 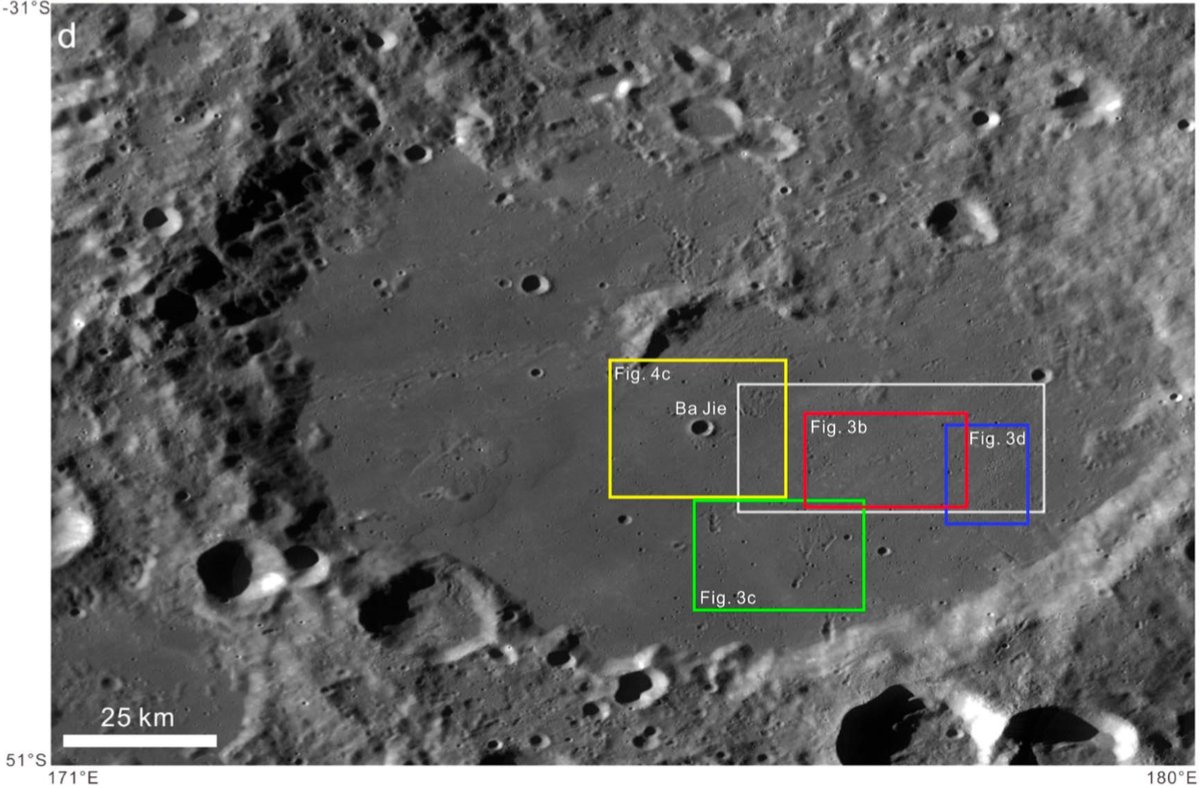 The reason for the frequency jumps - a hypothesis Why does the frequency suddenly jump just before loss-of-signal? The velocity relative to earth when the probe disappears behind the moon is about 1.54 km/s. Of course, at the equator the circumferential speed is about 0.45 km/s, but at 59 N and with the Moon at 70 degrees elevation, let us disregard this effect for the moment. So, if the Selene transmitter were not locked to an uplink the carrier would be shifted downwards by 11.6 kHz. If the donwlink were locked to a fixed-frequency uplink the frequency would be shifted downwards by another 10.7 kHz (one has to take the turn-around ratio 240/221 into account), again neglecting the effect of the earth's rotation. So, just before LOS the uplink is turned off and the Selene transponder returns to its free-running transmit frequency and the uplink downward shift disappears. That is why the frequency jumps up by 10-13 kHz. I think the fact that it is not alwyas abou + 11 kHz may be related to which antenna is providing the uplink and where it s in relation to the Moon.

But why do we not see simular big jumps near AOS he observed frequency jumps are much smaller, often just a few kHz- I tink that the uplink transmit frequency is adjusted so that the downlink frequency does not jump very uch. This will simplify receiver lock-on on the ground.

A complete Doppler cycle during a pass across the Moon In the waterfall picture below I have edited out all the interference (while they are still visible in the spectrum display) and hand -edited every pixel where the carrier was visible by making it yellow. Whe running the display this slowly (12 seconds between updates) and the signla is varying very much close to the nise level, the display catches the carrier rather seldom. So, overview and signal clarity do not quite match when the signal is this weak. Anyway the 13 kHz frequency jump just before loss-of-signal is clearly seen.

TL;DR: The plot shows that Chang'e 4 is not locked to any external source but uses its own on-board clock to send data.

To answer this, we can ignore the Queqiao relay satellite and assume that we have a direct connection between Earth Chang'e-4. We treat Queqiao as just some kind of passive mirror for the signal.

The sinusoidal shape is produced by the Doppler effect as the satellite is in orbit around the Moon. The orbital velocity is about 1.5 km/s. This is the velocity it approaches us with when it comes visible and the velocity it moves away from us shortly before it vanishes behind the moon.

Many space probes operate in a mode that they receive a signal from Earth and use exactly the frequency of the received signal to transmit their data back. When these don't receive a signal, they use their own, on-board clock to generate the signal. As two separate clocks are never precisely the same, the switch between both modes can be visible as a frequency jump in the spectrum.

In both modes the observed amplitude of the Doppler shift is different: We calculated the shift in the case of the "unlocked" transmitter - the spacecraft transmits always at the same frequency, but due to its motion we observe a changing frequency. In the "locked" mode, we would see twice the Doppler shift: It gets doubled because the spacecraft already receives a changing frequency signal from Earth, then uses this shifting frequency to transmit a signal that again is Doppler shifted on the way back to us. This is clearly not the case for Chang'e 4.

This "double Doppler" shift is visible for example in this recording of the Beresheet probe, again by Edgar Kaiser @df2mz. You can see how the received signal follows two separate sinusoidal curves: One with a larger amplitude for "locked" operation and a second one with half the amplitude during "unlocked" phases.

Now we assumed that Queqiao is just a "passive mirror" for the signal. There is a hint in the diagram that tells us that this is wrong: Two times, right when the signal vanishes, we see a sudden jump in the frequency (the two short, white lines). This seems to be the change between "Queqiao is locked to Chang'es signal" and "Queqiao uses its own clock" to send data.

Footnote: Thanks to @df2mz for the conversation and pointing out that I was using the wrong speed of light in my first attempt to write this.

Not the answer you're looking for? Browse other questions tagged radio-communication amateur-radio or ask your own question.

3
Was Queqiao in a halo or Lissajous orbit? Why do sources disagree?
2
What radio frequency does China use to communicate with the Chang'e-4 satellite?

5
What are the risks involved in amateur high-altitude ballooning, and how can we mitigate them?
8
How can I figure out the distance to Juno at any point in time?
7
How many stations could one hear with an AM/FM radio in front of the ISS' cupola window?
2
What is the lowest power signal that the DSN can detect?
22
Was "I have the farts, again" broadcast from the Moon to the whole world?
3
Was Queqiao in a halo or Lissajous orbit? Why do sources disagree?
4
First Ham Radio contact from space; what frequency, what kind of antenna, and how did they route the coax out the window?
1
How can SpaceX receive data from Starship during re-entry communications blackout
1
Just how raw is the rawest signal data that the Deep Space Network routinely records for safety reasons?