Falcon 9 2nd stage pusher; how far does it continue to extend as it accelerates separation?

I've just watched Scott Manley's video SpaceX's Water Landing Reveals Rocket "Secrets" (or, What We Learned from CRS-16) (again) and he mentions the second stage "pusher" in the center of the view (screen shot below).

I've added a small GIF made from the video, of the clip which shows the stages separating.

In the black-and-white clip, I can see the white bit of the pusher extending. I am assuming that the end of the pusher already extends all the way through the long vacuum nozzle and expansion chamber and in contact with the back of the combustion chamber even before the stages start to separate, and that this is just more of it being exposed to sunlight.

Here's a still from a video with a better view of the cylinder as it extends. 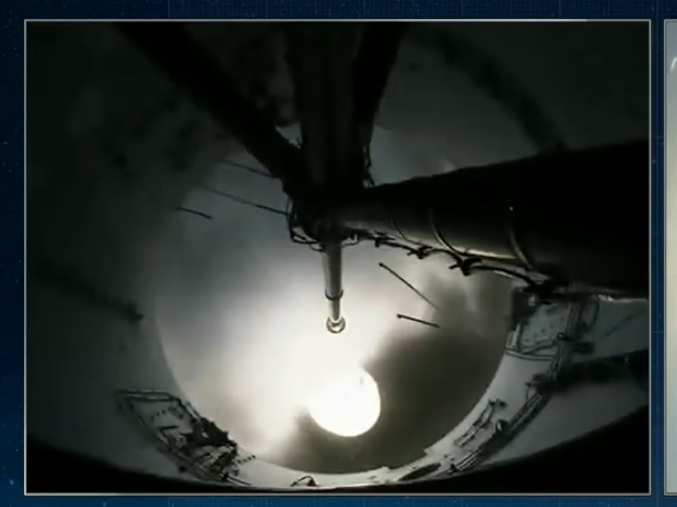 You can clearly see the wide rim at the tip of the center pusher extending. That white rim is not due to changes in shading as in other footage.

If you look back at Organic Marble's picture, you'll see that the tip of the pusher is roughly a foot off the top of the quadrapod support when retracted. 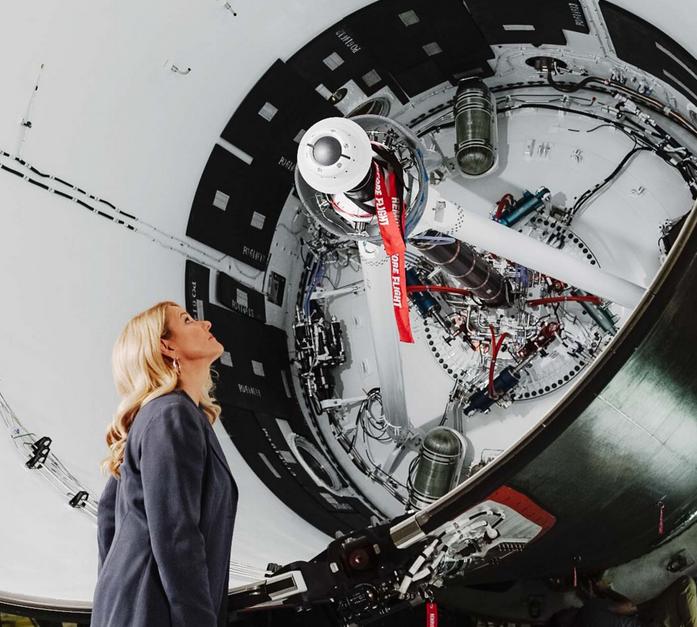 Judging from the video still, the tip of the pusher must move about a couple of feet from its retracted position. Rough number, but still better than any offered so far, and still useful since it rules out a few cm and a few m as extension ranges.

It seems fair to say a meter wouldn't be too far off.

Plus! You can clearly see what the center pusher must press against in the second stage engine. This has been source of debate, so it's nice to see it so clearly here: 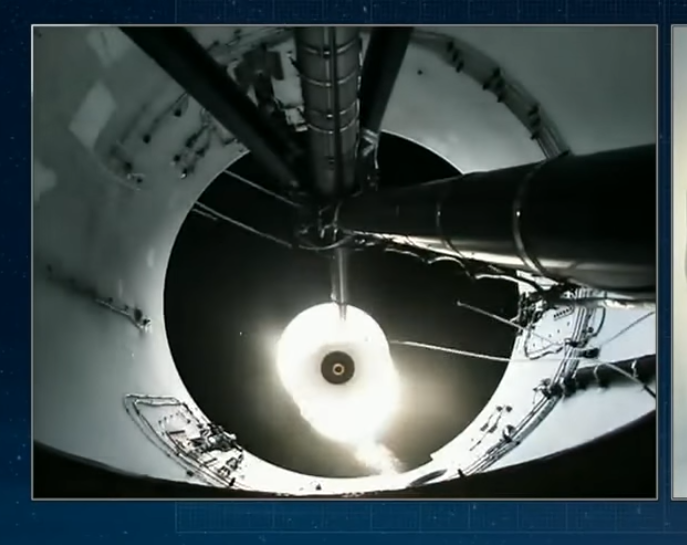 Not the answer you're looking for? Browse other questions tagged spacex falcon-9 stage-separation or ask your own question.

5
Why did the Space Shuttle's SRB's float, and float vertically?
7
Why isn't the Falcon 9 first stage severely damaged by the blast of the second stage following separation?
3
Are “2nd stage pushers” limited to the Falcon-9, fairly standard, or somewhere in-between?
3
What is the largest energy stored in a spring or other stress-based energy storage device ever put in space?
1
When were “2nd stage pushers” first used?