Was there once a semi-serious space-art project planning to use solar reflectors to put a spot of light on the crescent Moon?

Reading the question What are the effects of orbital reflectors and advertising on scientific observation and orbital debris? I am reminded of a story I read a while ago about an even in the past, perhaps 10 years ago but it could be even longer.

I believe the story was described in a blog post by an astronomer, or a science historian.

There was a "space art" project being discussed by some combination of astronomers, engineers, and artists.

An installation of large flat mirrors, like that of a solar furnace or thermal power generating station would all be pointed such that they would reflect toward a single point on the dark, unlit part of a crescent moon. People one or two time-zones to the East would see a spot lit up on the crescent moon just after sunset.

I can not find any trace of this story now, but from what I read, after the numbers were crunched, it was do-able.

Then the death threats came, and the project was put aside.

Has anyone else heard of this plan, or read of it, or can find a link where to read about it? 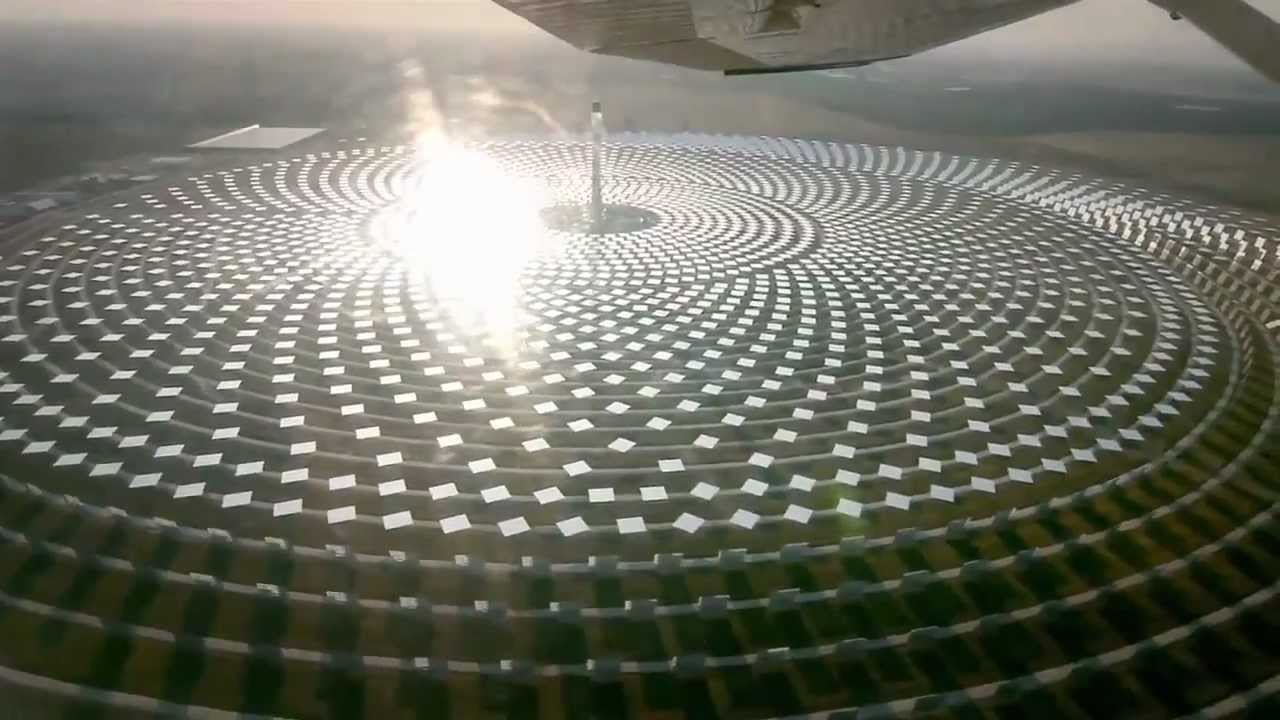 It would require a really big installation, which would be monumental art all on its own.

The Sun’s light has about a 10mrad divergence due to the non-zero size of the sun. Redirecting sunlight back to the Moon with passive optics (I.e. a mirror) makes a spot that’s basically the size of the Moon (the Sun and Moon have the same angular diameter from Earth)

To make a smaller spot, you have to collimate the beam and throw power away. But that doesn’t make the resulting beam, nor spot on the Moon any brighter; just smaller.

So, to make a spot on the moon that’s e.g. 10% as bright with passive solar reflectors, probably just about visible against the sunlit side, you’d need 10% of the visible area of the Moon in reflectors, or about 1 million km2. An art installation fully covering an area 1000 km on a side would really cool...

Yes, it seems there was!

I found the podcast I was thinking of, but the mystery deepens further. It was the first of two in-depth discussions between Mary Lou Jepsen and Rob Reid of Ars Technica; these are worth a thorough listen:

Her accolades in optics abound, which suggests that she already knew how get around issues described in @BobJacobsen's convincing answer.

Her profile in Forbes: How This Former MIT Professor And Google Engineer Used Holograms To Build A \$28 Million Startup

Dr. Mary Lou Jepsen is the founder of Openwater whose goal is to see deep into the body with the detail of a high resolution 3D camera. The implications are broad for both healthcare and for communication directly with thought . Previously she was an engineering executive at Facebook, Oculus, Google[x] and Intel as well as a founder of 4 startups including One Laptop per Child where she was CTO, chief architect and delivered to mass production the \$100 laptop. Her startup CEO experience includes the world’s only fabless display screen company which was based in Taipei. She has been a professor at MIT and is an inventor on over 100 published or issued patents in the last 5 years alone. She has been recognized with many awards including TIME magazine’s “Time 100” as one of the 100 most influential people in the world and as a CNN top 10 thinker. 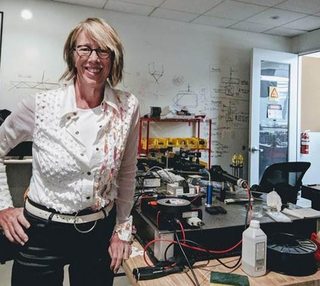 31
Is it common and good engineering for a pair of cables to be easily plugged into each other's connectors in modern spacecraft
33
Has anyone in space seen or photographed a simple laser pointer from Earth?
14
Projecting shadows, or even a movie, on the moon
7
What are the effects of orbital reflectors and advertising on scientific observation?
1
When was advertising on Earth from space first proposed? By who?
2
Can we engrave on the Moon by focusing laser from the Earth?