What are the 'lights' inside Shuttle main engines at landing?

I have a night-landing photo of the Shuttle showing lights (I assume some type of glow-plug to burn off extraneous fuel). My understanding is that only the OMS engines burn to begin reentry. Can anyone confirm what it is that I'm seeing?

It's simply the spotlights illuminating the ship, and shining up the bore of the engines. Notice the shadows of the vertical stabilizer from the same source.

When the shuttle landing direction is determined, URS Corp. air traffic controllers in the runway control tower will communicate with Bordeaux and his team on the ground. Then two of the operators will light up eight Xenon lights, four on each side of one end of the runway, to illuminate the touchdown and rollout area from behind the shuttle.

You can see that the gaps between the inboard and outboard elevons, and the square element at the base of the vertical stabilizer, are also brightly illuminated by the lights.

The SSMEs were not ignited in any way for entry, and any excessive propellant was dumped long before, shortly after Main Engine Cutoff (on launch day). In fact, during entry, the main propulsion system propellant lines are completely inerted and pressurized with helium. (source, p. 139)

You can read about the runway lights here (which is the source of the quote and the image).

And here's a picture looking the other way, showing the lights. 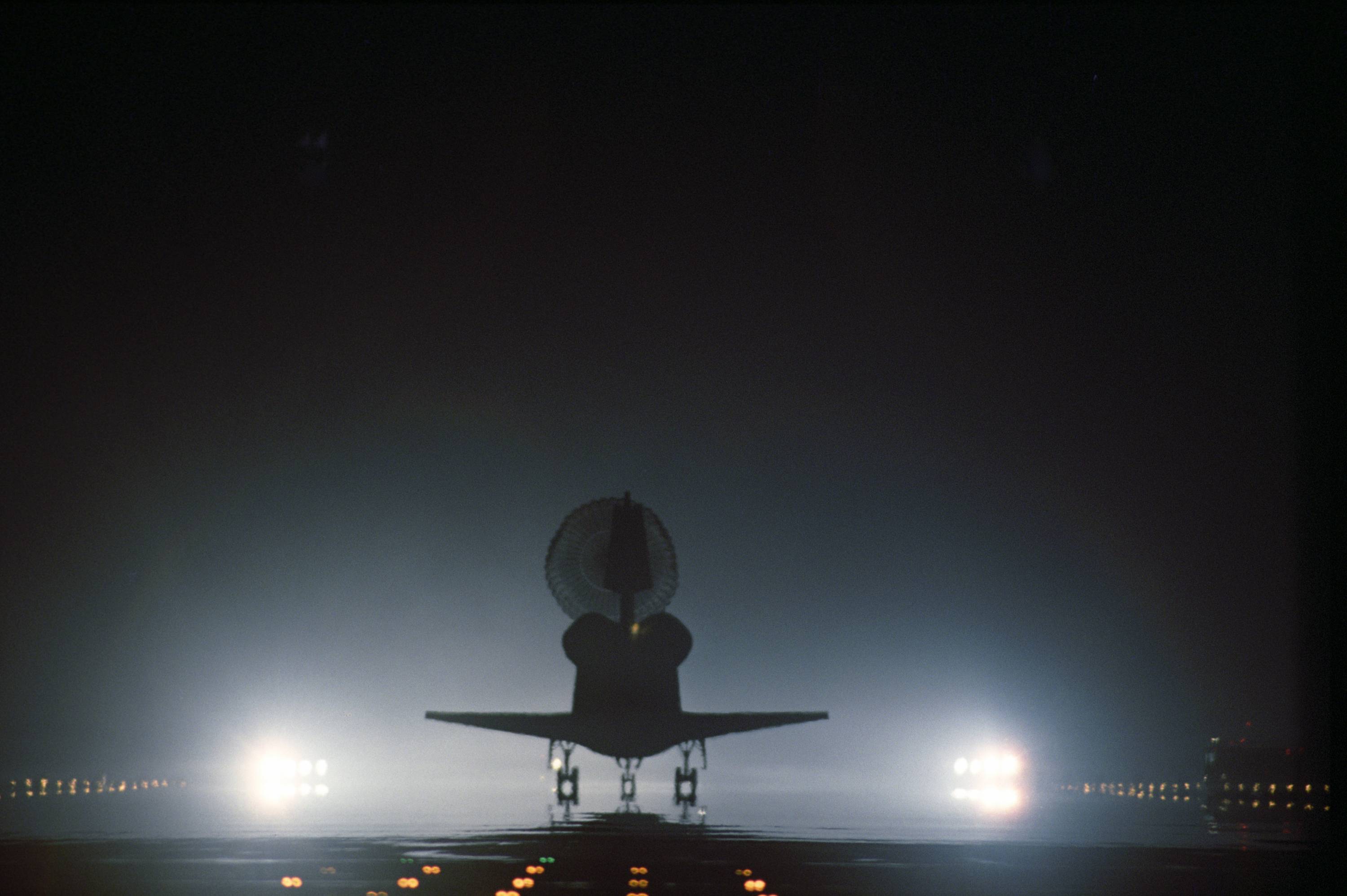 Additionally, here's a picture I took of the inside of an SSME in the engine shop at KSC on May 7, 2008. One can see the same silvery disc of the injector surrounded by the coppery combustion chamber in the picture in the question. (The white rectangles are paper labels placed by the technicians working on the engine.) 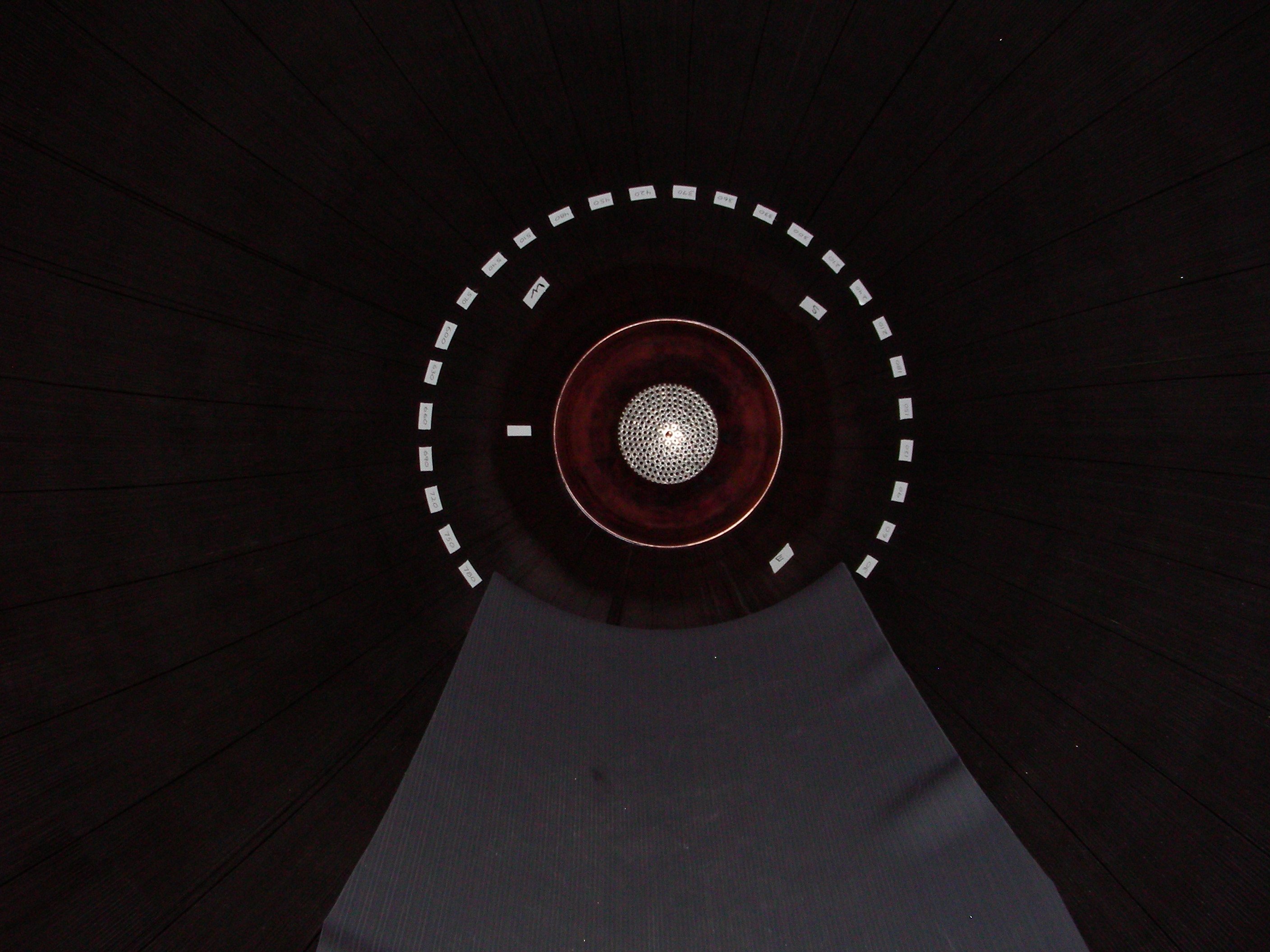 5
How would you move in low gravity without a suit?

23
What are the small gas jets at the rims of the Space Shuttle Main Engines?
1
Heat Shielding Material for Reusable Craft
8
What is the job of the acoustic cavities inside the main combustion chamber?
2
Space Shuttle RTLS in 3-engine-out: what does it use for propulsion?
1
Shuttle main engines RS-25 refurbishment/material damage
45
Why were the Space Shuttle's main engines placed on the orbiter?
6
What were the space shuttle’s emergency procedures for an SRB or ET separation failure?
18
Was there an anomaly during SN8's ascent which later led to the crash?