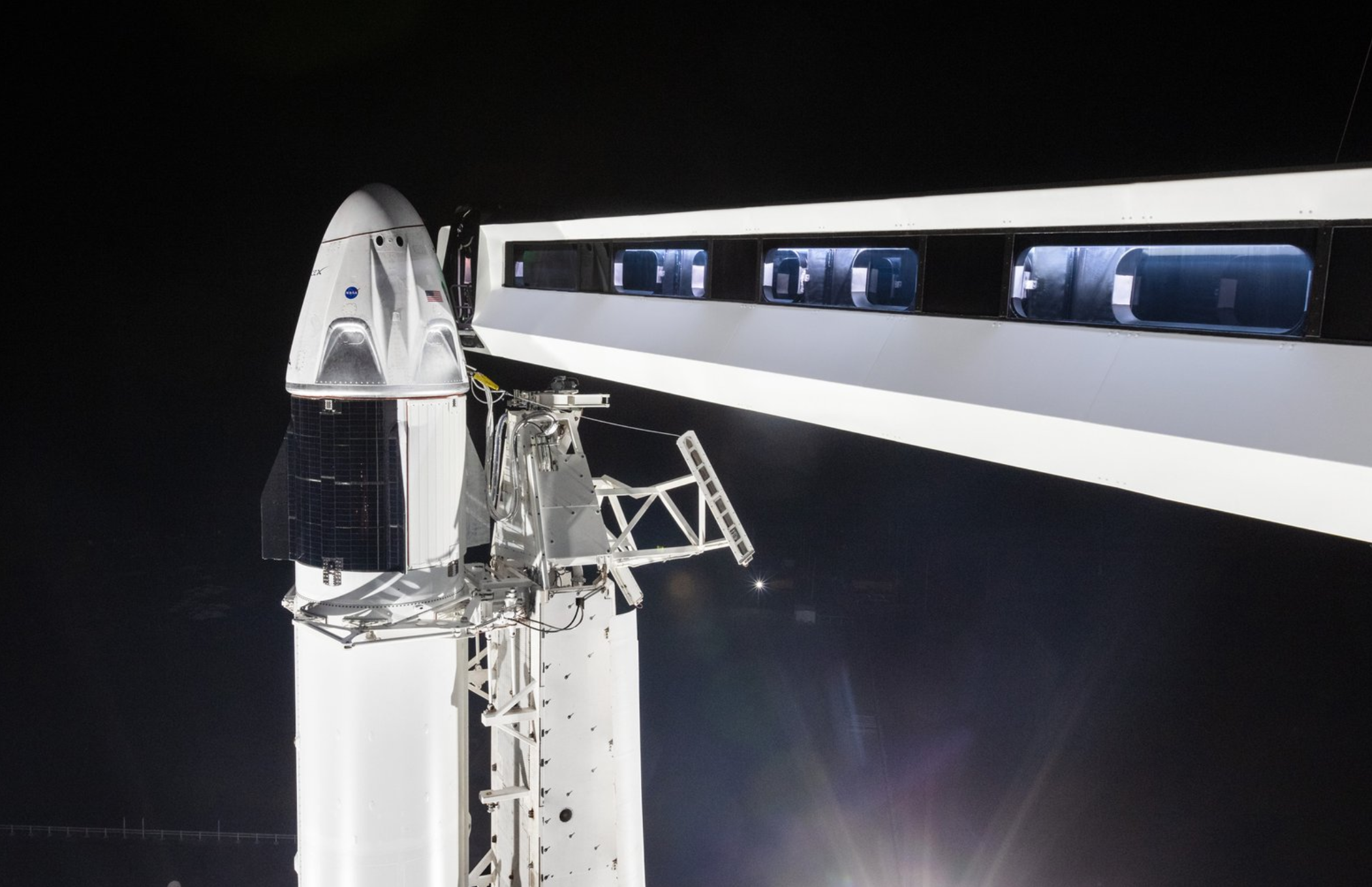 While looking at the new images of the upcoming crew dragon launch I noticed a distinct lack of holes in the part of the dragon the Engines are supposed to be in. So I started researching: During assembly there are a visible covers both in the top of the bay, where the engines should be and also below that in the back of said bay: 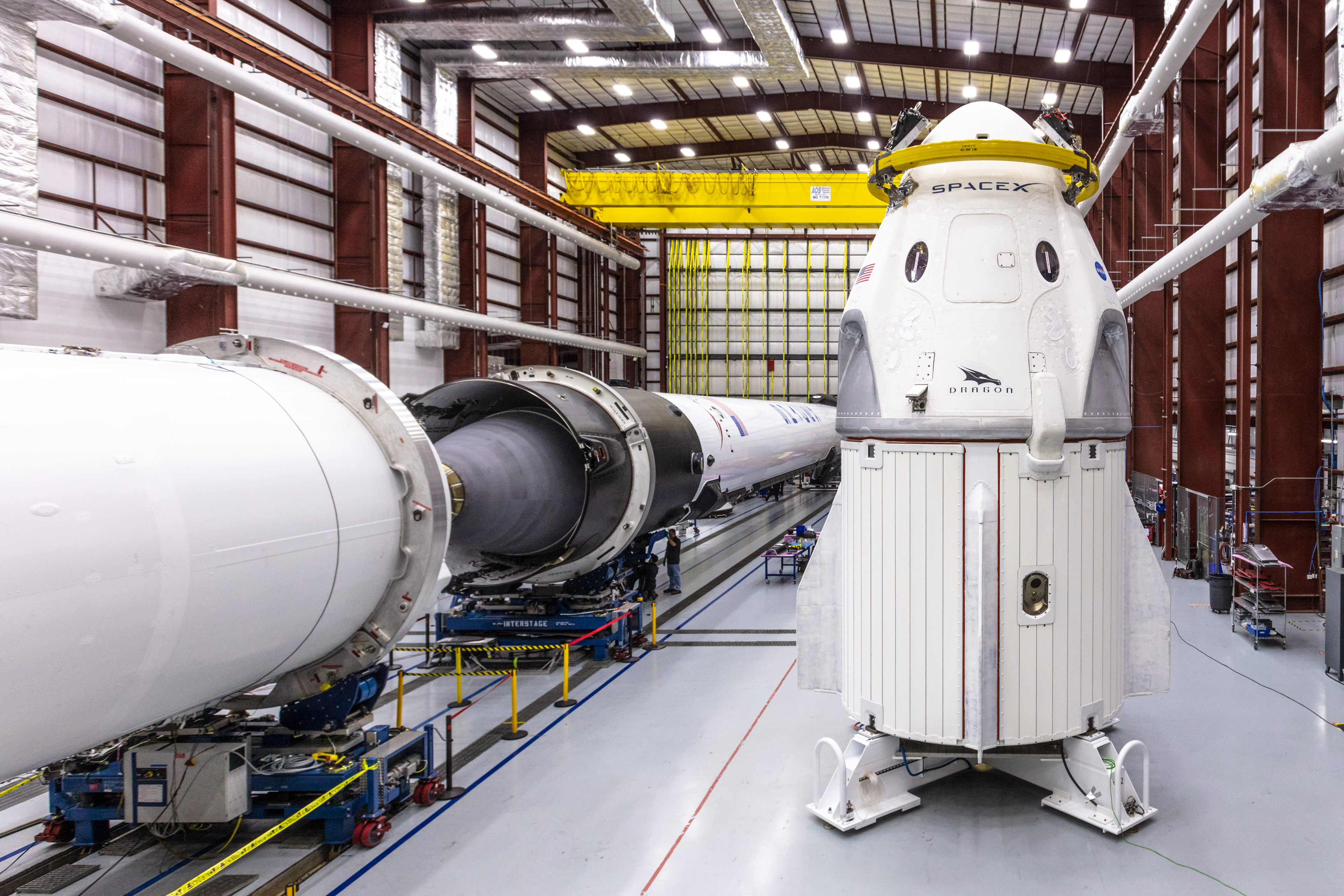 These covers, or similar ones seem to already be in place during transport: 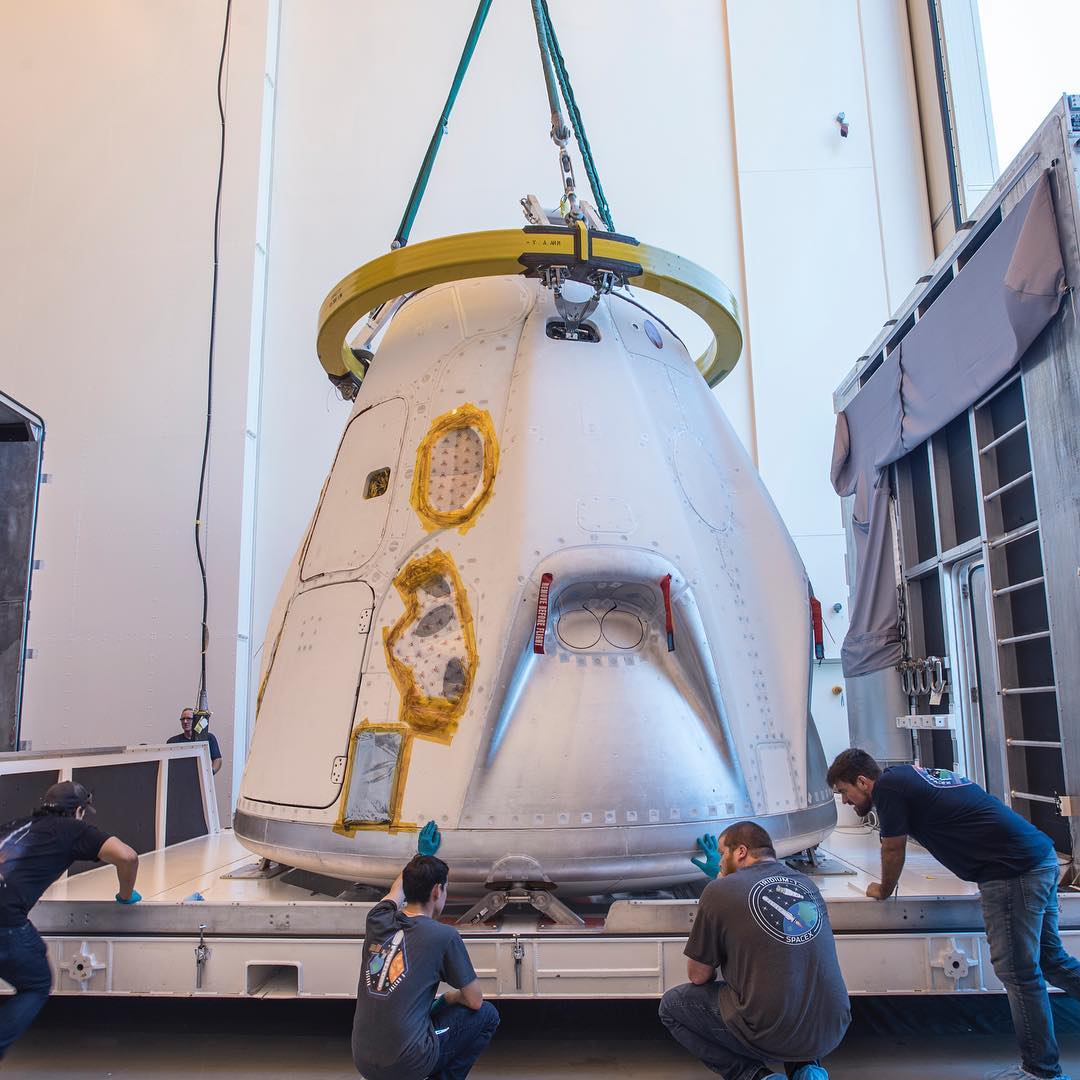 During the Pad Abort test however there is no covering to be seen: 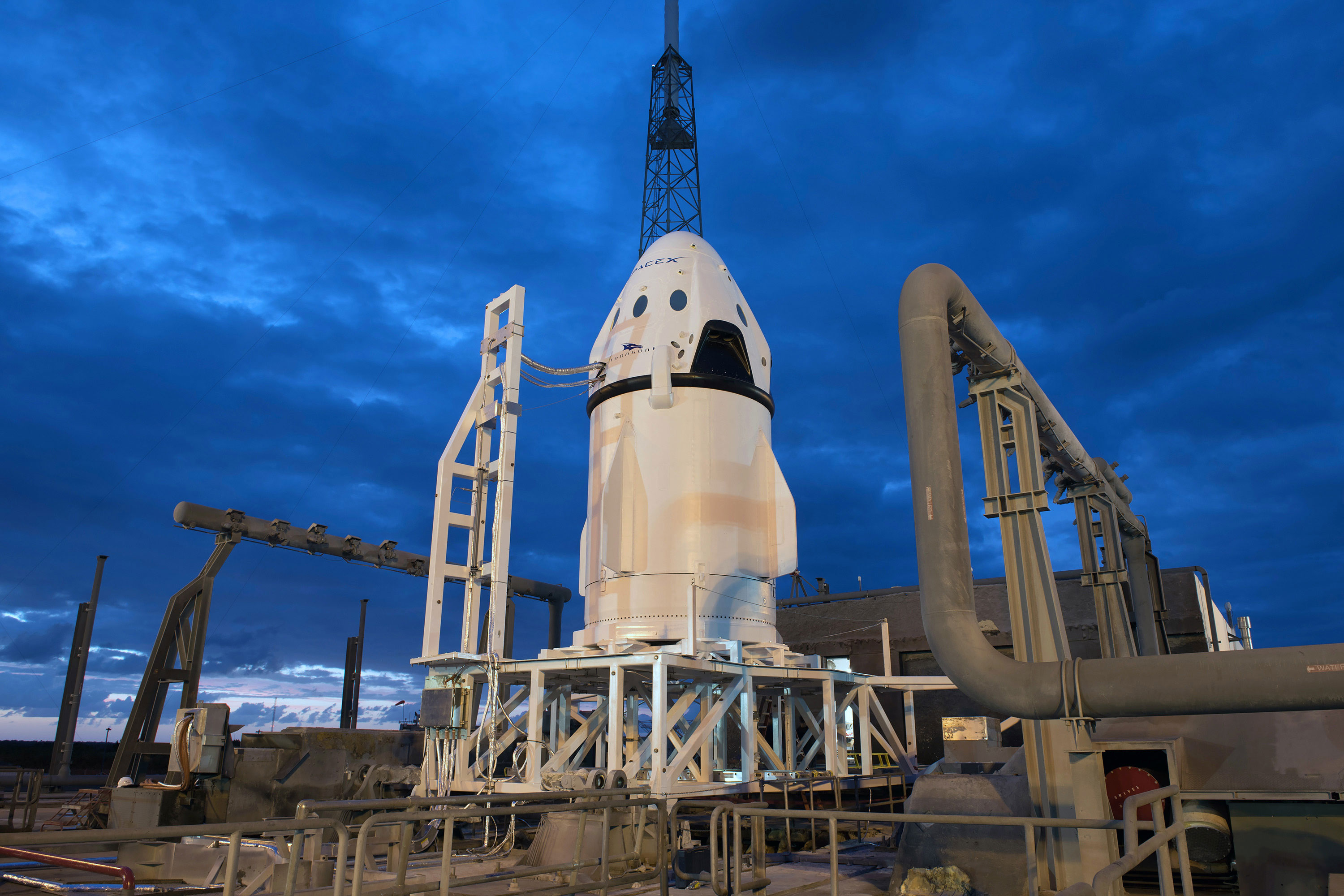 So my questions are

I could not find answers to these questions myself, because these covers do not seem to be acknowledged anywhere.

The abort test was done several years ago. Quite a few changes have been made since. The covers on the Super Draco nozzles are quite recent, from what I've seen. The entire pod area now has a silver-colored surface, the same coating used at the edge of the heat shield where it joins the capsule. The silver-colored surface was used previously on Cargo Dragon, on the edge of the heat shield. (Just on the edge; the heat shield aerodynamics place the edge outside of the worst of the heat.) The best answer I could find indicated an aluminum-based paint for heat protection The covers are not removed before launch, as seen in this NASA video, in the first seconds, and at 3:17 when undocking.

on the recovery ship. The nozzle covers are still in place. This makes sense if their purpose is to protect the Super Dracos from salt water exposure. Tim Dodd, the Everyday Astronaut, also pointed out that open nozzles would act as air scoops during descent, which would be problematic re aerodynamics. The silver paint appears to have burned away, leaving only smudges But due to the bright sunlight and overexposure setting of the camera, the silver just possibly is showing as white. The Super Dracos are apparently intended to fire thru the covers, or blast it off, during an abort. A hypergolic ignition/explosion is reliable, and more than strong enough to blast off even a firmly affixed cover.
Share
Improve this answer
edited Mar 10, 2019 at 18:25
answered Mar 10, 2019 at 2:15

Not the answer you're looking for? Browse other questions tagged spacex engines dragon super-draco dragon-v2 or ask your own question.

31
What are these membranes at the aft end of the Shuttle that get torn off during lift off?
8
Purpose of side holes on SuperDraco pods of DM-1 flight Dragon 2 capsule

25
When SpaceX claims to build 4 engines/week, which engines do they mean?
9
Why will SpaceX do Pad Abort test from a truss, not a real first and second stage?
5
Why is the SpaceX Pad Abort test starting at ground level?
17
Why was Dragon sent to the isolation room?
7
Why does SpaceX not use the Crew Dragon for CRS missions to test it?
4
How will the Dragon 2 perform a pinpoint landing without aerodynamic controls like the F9R did?
2
SuperDraco Engines in Crew Dragon spacecraft
4
What are these cartridges with holes on the Dragon trunk?