Will there be back-side photos of Ultima Thule?

I understand the reason we're only getting data slowly from New Horizons, but I was wondering ... did the probe flip around to get hi-resolution photos of the back side of Ultima Thule as it passed? If so, I know it will be a while before the data gets back to Earth. I'm sure the illumunation isn't much worse on that side than on the sun-facing side ... I ask because I'm wondering if the crater density might be higher on the other side. It looks like the greatest density is on the "top" (of the recently released higher-resolution photo), but I was wondering if the higher density wraps around to the back side? Or does it just look like this because that side is where the shadows show off craters the most clearly?

Remember that Ultima Thule is rotating. Some parts not visible in the images downlinked so far will be in other images yet to come down. But the rotation axis appears to point roughly—very roughly—at the sun, so parts of Ultima Thule remained in darkness for the entire encounter.

It's risky pointing the camera back at Ultima Thule for recession images. For the Pluto encounter, the position, size, and trajectory of Pluto and the spacecraft's trajectory were known well enough to put New Horizons in Pluto's shadow (a "Sun occultation") for those recession images. This cancelled the danger of getting direct or single-reflection sunlight on the camera's focal plane, which can burn out pixels. Ultima Thule's size and ephemeris were much less well known, making a Sun occultation a very low probability and the risk of burning out part of the imaging instrument much higher. Since the New Horizons team is thinking about encountering another Kuiper Belt object, they would be reticent to damage their imager.

Photos of the night side were taken for Pluto: 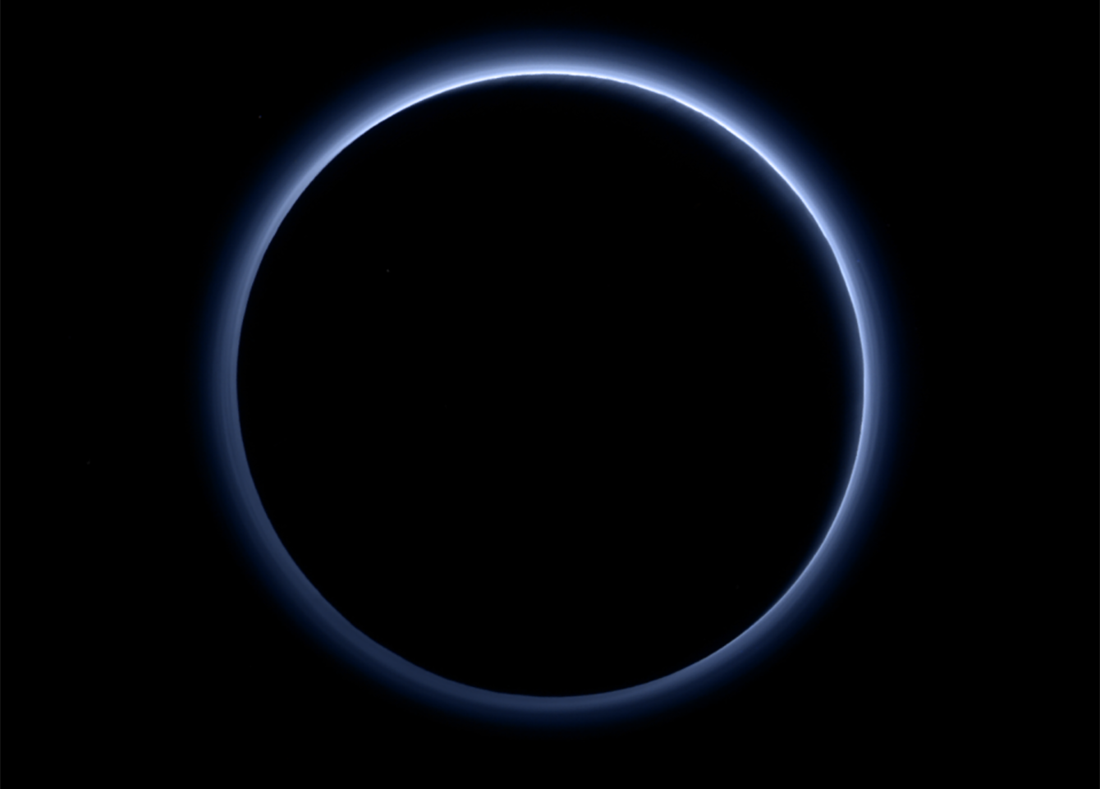 That's pretty dark. I'm not sure usable photos can be made of the night side of Ultima Thule.

I've looked through the LORRI images taken of Pluto's night side (page 124-109 of the photo gallery). I found no nightside images with good surface detail.

This is an example of an image with longer exposure (400 ms): 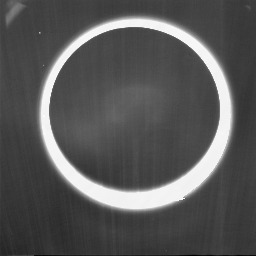 It has some variation in brightness, but it's of the "there might be a continent here" variety. Too vague to give much information.

There are photos that show detail near the terminator: 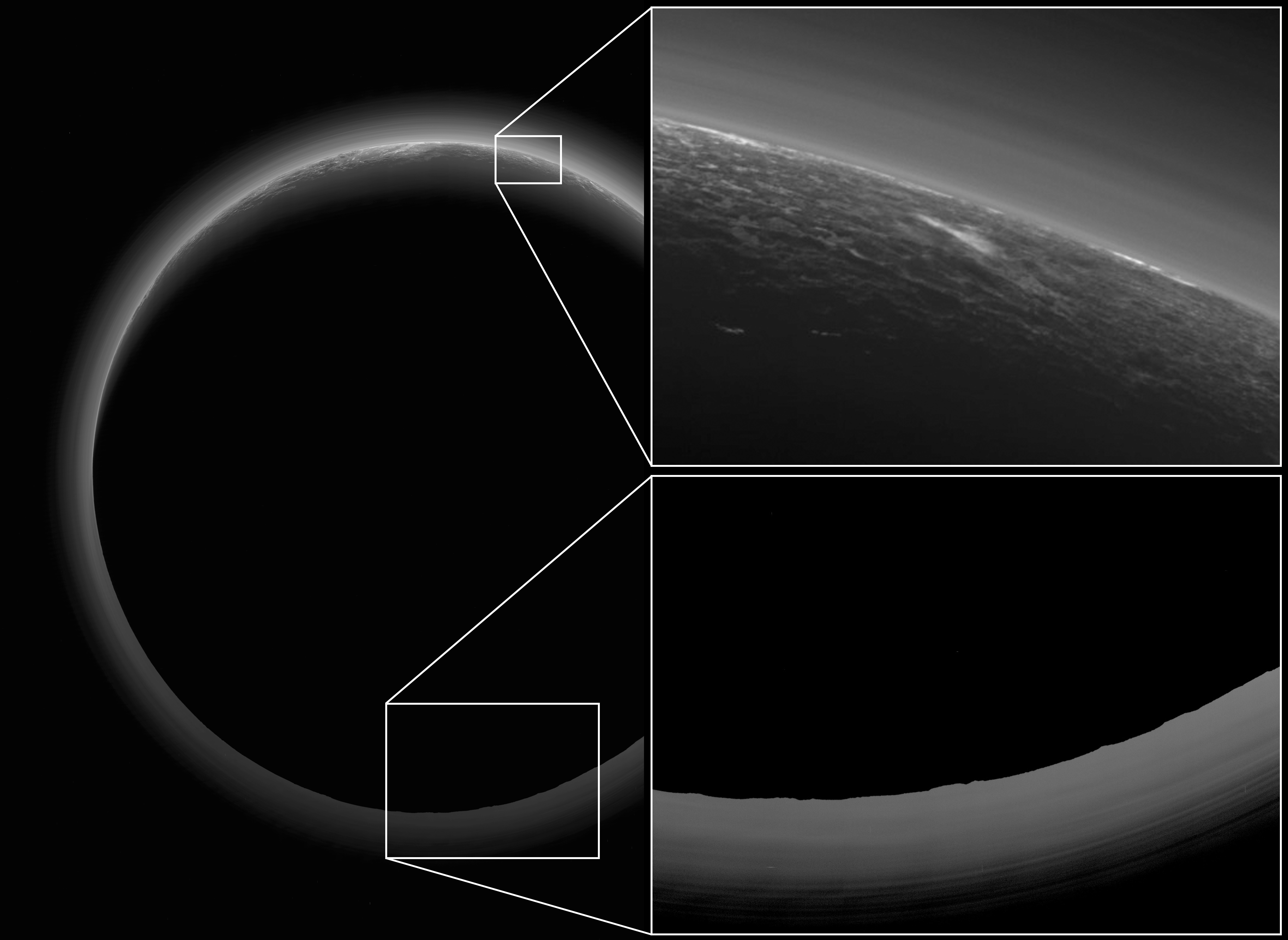 The pre-encounter photos of this region have much better detail. This is helped by Pluto's 6-day rotation period, so all of the surface could be imaged in sunlight.

The best photos we have of Pluto have been stitched together here: 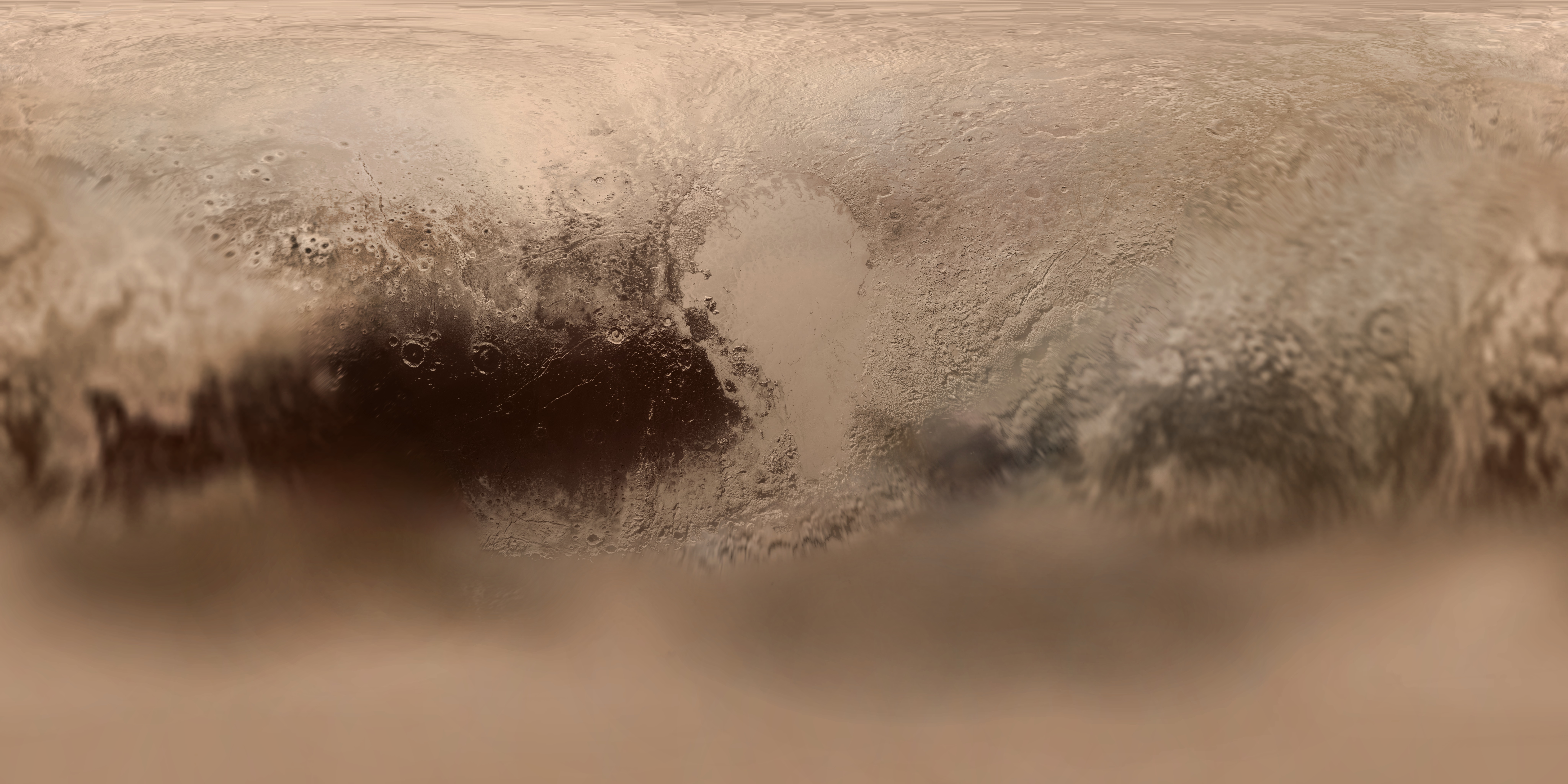 – in fact, many more are to come -- but they are the final views New Horizons captured of the KBO (officially named 2014 MU69) as it raced away at over 31,000 miles per hour (50,000 kilometers per hour) on Jan. 1. The images were taken nearly 10 minutes after New Horizons crossed its closest approach point.

"This really is an incredible image sequence, taken by a spacecraft exploring a small world four billion miles away from Earth," said mission Principal Investigator Alan Stern, of Southwest Research Institute. "Nothing quite like this has ever been captured in imagery."

The newly released images also contain important scientific information about the shape of Ultima Thule, which is turning out to be one of the major discoveries from the flyby.

The first close-up images of Ultima Thule – with its two distinct and, apparently, spherical segments – had observers calling it a "snowman." However, more analysis of approach images and these new departure images have changed that view, in part by revealing an outline of the portion of the KBO that was not illuminated by the Sun, but could be "traced out" as it blocked the view to background stars.

Stringing 14 of these images into a short departure movie, New Horizons scientists can confirm that the two sections (or "lobes") of Ultima Thule are not spherical. The larger lobe, nicknamed "Ultima," more closely resembles a giant pancake and the smaller lobe, nicknamed "Thule," is shaped like a dented walnut.

"We had an impression of Ultima Thule based on the limited number of images returned in the days around the flyby, but seeing more data has significantly changed our view," Stern said. "It would be closer to reality to say Ultima Thule's shape is flatter, like a pancake. But more importantly, the new images are creating scientific puzzles about how such an object could even be formed. We've never seen something like this orbiting the Sun."

below: quick plot of data from Horizons, see this answer for details. 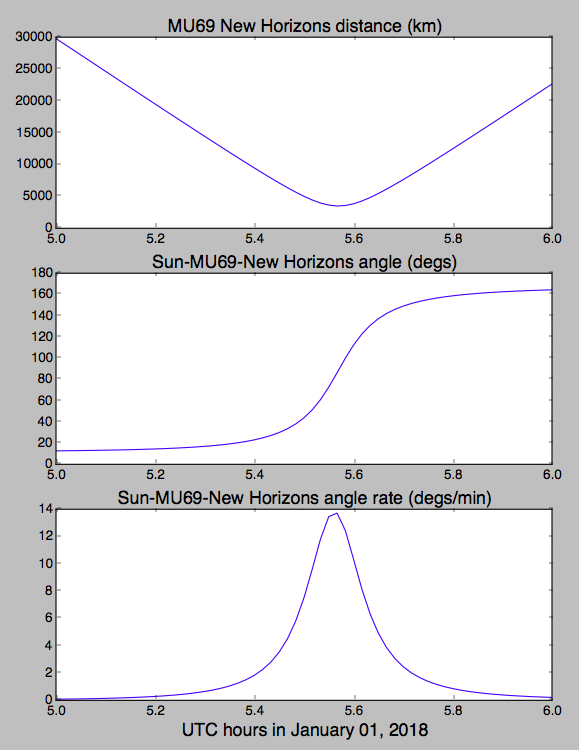 Upon further reflection (haha) I think a photo from the other side by starlight, while possible, probably won't reveal craters in detail very well. For the same reason the middle of the new hi-resolution photo shows detail only near the top, not in the middle of Ultima (I think that's the nickname for the larger half). It's all about contrast ... on the "back" side, it will be equally illuminated from all sides by stars all around. Sol isn't very big/bright out there, but it IS bigger/brighter than any other stars, so it forms shadows when you increase the contrast enough. I'm thinking that may not happen on the other side because it's being illuminated evenly by stars all around. You would only see changes in coloration due to geological differences, not height.

Is there enough light for a night side photo of Ultima Thule?

There is only starlight illuminating the night side, I use the intensity of sunlight (about 100,000 Lux) and starlight (about 0.001 Lux) on the surface of Earth to calculate the ratio there, sunlight is about 100 million times brighter than starlight at 1 AU distance to the Sun.

The mean distance of Ultima Thule to the Sun is about 44 AU, so the sunlight intensity there is 1/2000 of that at Earth. See the Inverse-square law of Wikipedia.

The intensity of starlight at Ultima Thule is the same as at Earth. The distance to the closest stars is huge when compared to 44 AU.

Therefore the ratio between sunlight to starlight at Ultima Thule is about 100 million divided by 2000 that is 50,000 to 1.

If the exposure time for a good photo of the day side of Ultima Thule is 0.01 seconds, a night side photo would take about 500 seconds or 8 minutes, much too long for a fast spaceprobe like New Horizons.

4
Does JPL's Horizons have better MU69 state vectors for the New Horizons flyby somewhere?
4
How is flyby distance estimated?
2
What are these mysterious white star-like dots near MU69 Ultima Thule? Real objects near the asteroid, noise, cosmic rays, or something else?
3
Farthest distance to a solar system object that's been determined by spacecraft transponder?