How do they get up-close views of far away spacecraft after launch?

I was watching the most recent Antares rocket launch. While I was watching it, I saw extreme close up video when it was even T+5 or T+7 minutes, when it was very far away from Earth. This was not the video from the rocket, it was of the rocket. I was wondering how they recorded this video. Was it an extreme close up from a camera on Earth? And what type of camera did they use for it?

This is one of these views, recorded at T+9: 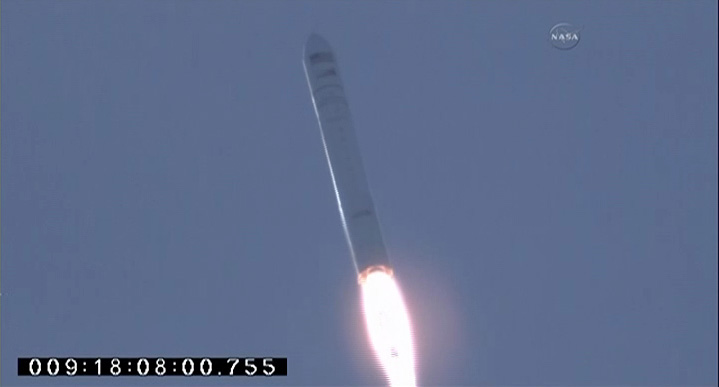 This will be somewhat different for each launch site, but at most launch facilities, among its buildings, there would also be some that resemble an astronomy observatory with a rotating dome on top (cupola).

Inside, it would have a proper telescope, or even a few of them, most likely refractors (glass type) since they offer better clarity at the center of the image, but that's not necessarily the case and they might as well use off-center image from a reflector (Dobsonian / Newtonian) or hybrid telescopes.

Observatory buildings along the coast next to the NASA's Wallops Flight Facility (Image credit: NASA Wallops)

Whichever telescope type they use, they would also have to use a motorized "Go-To" telescope mount with a reprogrammed star tracker to only follow the brightest spot, the rocket's exhaust plume. Additional image stabilization could also be done in software, along with correcting for atmospheric refraction, sharpness and all kinds of other things related to image quality, and they would often use multiple cameras / sensors and filter combinations to record the rocket's ascent in different wavelengths, with IR (infrared) wavelength being one of the most important ones on top of visible wavelength that they would mostly transmit for live streams during broadcasts.

Perhaps you'll find it interesting, here's a few links to vintage videos of the Kennedy Space Center Observatory from 1958 that I found while searching for convincing photographs. Sadly, they're watermarked, but they do loop in the preview: 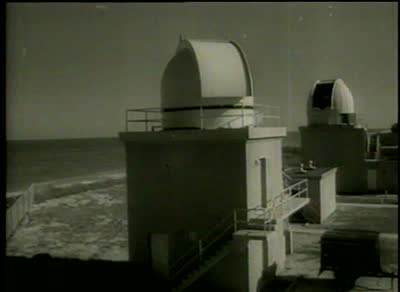 Well, I thought they're rather cool, and the second one shows how such a telescope would approximately move to track a rocket during launch. :)

Not the answer you're looking for? Browse other questions tagged launch camera or ask your own question.

28
SpaceX CRS-5 Launch: What is the footage that appears to contain bubbles?
8
Film emulsion on the moon-were the cameras heated?
2
First interplanetary launch from California! How far from Earth will InSight be when it separates from the Centaur 2nd stage?
5
Ground personnel proximity to space shuttle at launch?
8
During the launch of a rocket, how close are the nearest humans?
20
How did NASA get the video camera on the Moon to track the LM ascent stage, considering the substantial delay?
2
What are current challenges if any for cameras in space?
6
Why did Curiosity not have a camera on board to record the landing?