Why is Angular Momentum of Satellite Rotating in ECI Frame?

Summary: The angular momentum per unit mass of satellite is rotating in ECI x-y plane and I can't understand why. I'm very new to orbital mechanics.

What I'm doing: I'm taking the cross product of satellite position by satellite velocity in ECI frame; Turn this vector into a unit vector and plotting components of this unit vector over one year.

What I'm expecting: Since the frame is ECI, I was expecting the orbit plane to be constant over time and so the unit vector orthogonal to this plane (P) to be constant as well.

What I'm observing: The orthogonal unit vector P is rotating in x-y plane suggesting orbit is rotating around the earth. 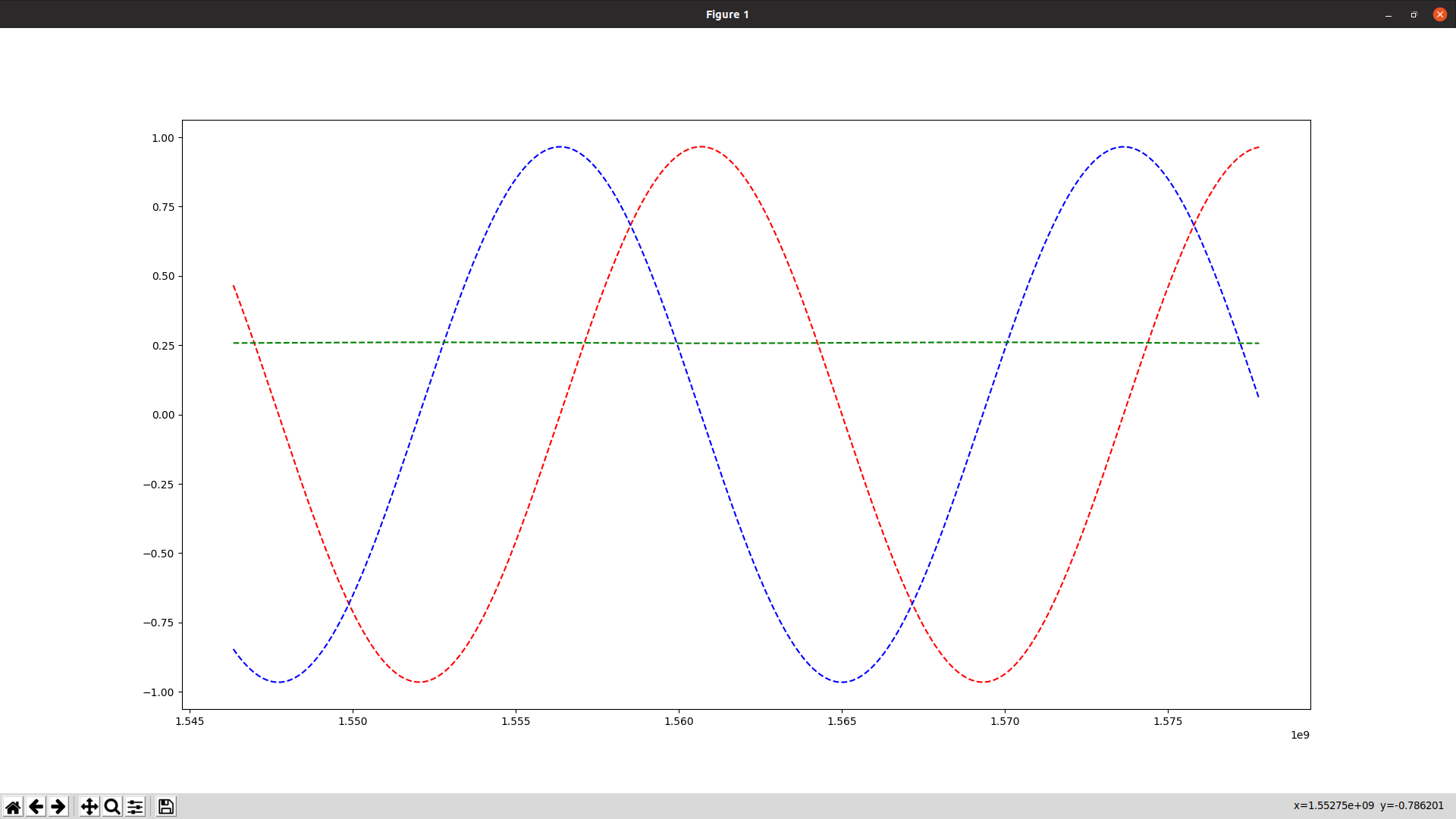 Question: How is this constant rotation explained? What is the rate of change?

What you are seeing is precession of the orbital plane due to the use of nonspherical gravity sources in your propagator -- that's what the J4 stands for. The precession is primarily due to the J2 harmonic, which represents, generally speaking, the oblateness of the body.

As to why this happens, think of it this way:

An oblate spheroid results in a gravity vector that doesn't point at the center of the planet in general. That means that the gravity vector also is not in the orbital plane. The result is that when the orbiting body is in northern latitudes, it experiences a larger than normal southern component in its gravity vector and vice versa. The constant pulling of the orbiting body towards the equator of the central body creates a net torque on the orbit, causing the orbital plane to precess about the North-South line running through the central body's poles, in much the same way a tilted toy gyroscope does.

The rate of precession depends on both the altitude and inclination of the orbit. Equatorial orbits experience none whatsoever, nor do perfectly polar orbits. The 51.6Â°, 400 km orbit ISS uses goes through one cycle about every two months.

This effect can be used to specific benefit. On earth, a 98Â°, 700ish km orbit precesses in reverse at the rate of precisely once per year. This means that an orbit with these parameters will maintain the orientation of its plane with respect to the sun, meaning that a satellite in this orbit will always pass over the same areas at the same time of day -- particularly useful for photoreconnaissance satellites. This is called a "sun-synchronous" orbit.

Not the answer you're looking for? Browse other questions tagged orbital-mechanics artificial-satellite or ask your own question.

10
Why aren't energy and momentum (of a restricted three-body system) conserved, or are they?
3
Is it possible to represent an orbit with just a periapsis position and 2 angular velocities?
4
In which direction does the x axis of the ECI at 1.1.2000 at 12:00 (J2000) go and where is the 0 deg meridian?
5
Difference between rotated frame and rotating frame
2
How to calculate the velocity vector in the case of a hyperbolic orbit?