Ballistic missile typical trajectory - along which path is it supposed to travel between Russia, China and US?

Today I was puzzled when my son was holding a school globe asking me to show with my finger a trajectory of a (nuclear) ballistic missile flying from US to China and Russia and vice versa (from Russia and China to US:)))

All I could remember that in space there are no "straight line" trajectory - only ellipses with different eccentricity.

Could you provide trajectories and some general considerations what kinds of paths are prohibited and which ones are most optimal and why?

What continents / parts of ocean / major cities :) does it fly by?

But really, I know that such trajectories are very complicated and I don't have a clue.

Here is a generic trajectory. 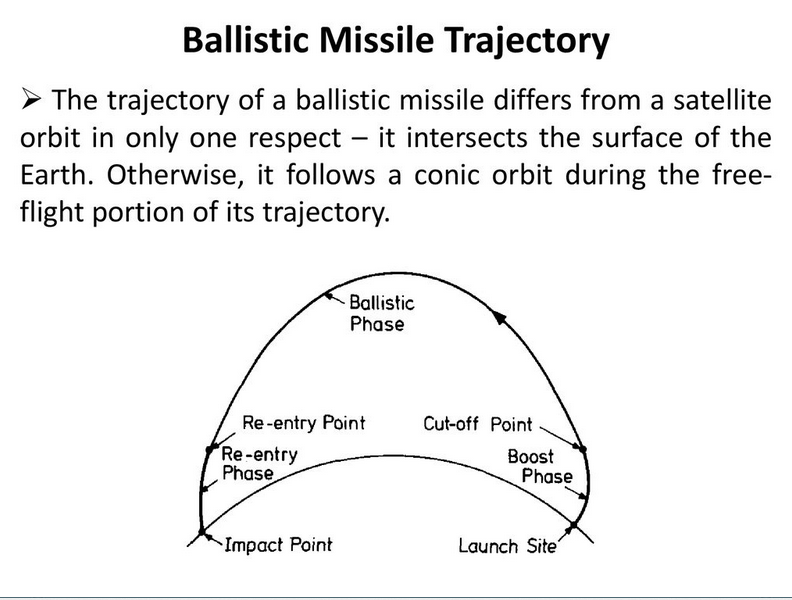 Not the answer you're looking for? Browse other questions tagged rockets gravity ballistics orbit-selection or ask your own question.