Why did Voyager have to shunt unused electrical power and radiate as heat?

Reading about Voyager in The oldest computer (not) on Earth I saw the image below, where is shown a science instrument calibration panel and shunt radiator.

According to the November 1980 NASA News Release Voyager Backgrounder:

A .36-square-m (4-square-ft.) shunt radiator/science calibration target faces outward from the propulsion module truss adapter toward the scan platform. The dual-purpose structure is a flat sandwich of two aluminum radiating surfaces lining a honeycomb core. Through power collectors and emitter resistors between the plates, any amount of the electrical power from the radioisotope thermoelectric generators can be radiated to space as heat. The outer surface also serves as a photometric calibration target for the remote-sensing science instruments on the scan platform. 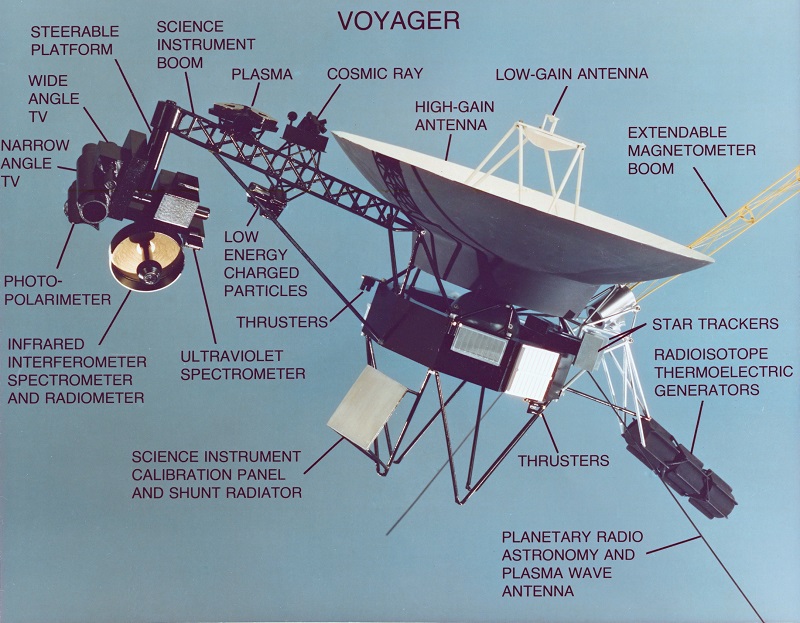 It's not about reducing radiated power. The shunt is used to keep the bus voltage constant when the power draw changes.

A similar system was used on Cassini:

Other portions of the power system include the power control boards, with 192 solid-state power switches (SSPSs), a radiator to “shunt” excess, unused power as heat to space, and a shunt regulator assembly, which (1) tells the radiator how much power to shunt and (2) maintains the spacecraft bus voltage at 30 volts.

It's done this way because a shunt is simple: it's just a switch that diverts power to the shunt resistor. The alternative is the use of an electronic system that regulates bus voltage. In this alternative, all input power is routed through electronic components, and you get a higher component count an some losses.

Not the answer you're looking for? Browse other questions tagged voyager rtg radiators or ask your own question.

6
When there is more power than needed, are satellite photovoltaics shunted or open circuit?
2
Are the Voyager probes radio output power scalable?

20
How did NASA determine the distance and velocity of voyager 1?
11
Why did we send those golden records on Voyager crafts?
25
Why didn't Pioneer 11 visit Uranus/Neptune, and why didn't Voyager 1 visit Pluto?
22
Voyager 3: what would have been its mission, and why was it canceled?
49
Why did Voyager 2 receive a gravitational slowdown (as opposed to a slingshot) at Neptune?
27
Why did Voyager 2's velocity drop far below escape velocity before the first gravity assist?
3
Did Voyager 1 and 2 record while not near any planets to get "ambient mechanical noise" for smoothing?
13
Why do many RTGs have finned heatsinks, when this is considered bad for radiation heat transfer?
37
Why do exploration spacecraft like Voyager 1 and 2 go through the asteroid belt, and not over or below it?
23
Why did Cassini require so much more power than other probes?