What are the questions and issues related to Kosmos 482's configuration and eventual reentry?

Since the probe is designed to survive the temperatures associated with entry and landing on Venus, the article discusses speculation on how resilient it will be reentering Earth's atmosphere.

The article goes on to discuss the current condition of Kosmos 482 and I don't understand what the issues are.

Like Dorman, veteran astrophotographer Ralf Vandebergh of the Netherlands has been observing the wayward spacecraft for a while — the last eight years, in fact. He told Space.com he's done a new appraisal of Cosmos 482.

"My preliminary conclusion of Cosmos 482, observing using a 10-inch aperture telescope during varying passes, viewing angles, illumination angles and observing conditions, [is that it] seems [to be] an elongated object with strong brightness variations," Vandebergh reported. "There is an indication of smaller structures, but these are unconfirmed. Despite the successful results, the mystery around the true condition of Cosmos 482 and what elements of the spacecraft exactly are still in orbit still remains unsolved."

Meanwhile, Dorman recently captured Cosmos 482 on his skywatching equipment. His imagery showed the object flaring. A spherical object such as the Venus descent capsule seemingly wouldn't flare, he said, suggesting that more of the upper spacecraft bus was still intact.

Question: What are the questions and issues here? I'm wondering if it have to do with a planned separation in Earth orbit, or something that was supposed to happen near Venus, or something that might have happened accidentally like a failure/explosion but there could be other possibilities as well.

below: Source, Ralf Vandebergh of the Netherlands has been observing the wayward Cosmos 482 leftovers for the last eight years. (Image: ©Ralf Vandebergh) Click for full size. 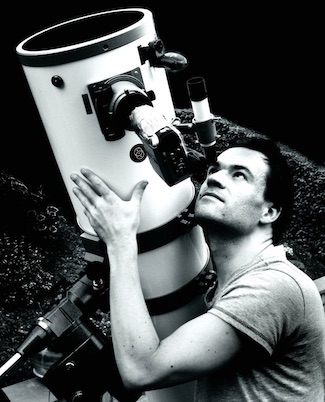 Kosmos 482 was a twin duplicate of Venus probe Venera-8, but suffered malfunction of the 4th stage during Venus orbit insertion and, reportedly, an accident, most likely an explosion, that separated the assembly into several pieces.

This article by Katya Pavlushchenko contains excerpts of translation into Russian of another article by Jonathan McDowell (unfortunately the link in the article didn't lead to the original text in english). Below is my translation from the above source to English:

In 1972, when a window for launches to Venus opened, two spacecrafts were launched: "B-70 No. 670" and "B-71 No. 671". Both of them were launched on the four-stage Molniya-M rocket (8K78M), which is a modification of the Soyuz rocket with the fourth stage, in this case with an accelerating block NVL. Probe No. 670 went into orbit and was called Venera-8. With probe No. 671, things went not according to plan. The three lower stages of Molniya-M performed normally, bringing the payload to the parking orbit with a perigee of 196 km and an apogee of 215 km. Then, the NVL acceleration unit [the 4th stage] ignited and was supposed to give a slight acceleration to the probe and then detach [from the probe]. However, the main engine of the 4th stage perfotmed only 2 minutes burn [out] of the [planned] 4 [minutes burn]. The “NVL-Probe” assembly ended up in an orbit with parameters of 206x9800 km. Tracking stations in the USA found 3 objects in this orbit. One of them was identified as Cosmos-482 [the probe], the other as a rocket stage [supposedly the NVL 4th stage] and the third as debris.

This source mentions word "accident" that is associated with the malfunction of the NVL 4th stage (translated from Russian):

The first three stages of the launch vehicle performed normally, putting the 4th stage with the payload into the parking Earth orbit. However, the probe did not enter the interplanetary trajectory [i.e. the Venus insertion orbit] due to the accident with the upper stage of the NVL unit.

If one enters "@planet4589 cosmos 482" in the search field on Twitter, there are some tweets, namely correspondence with Jonathan McDowell (@planet4589) ,regarding NORAD numbers assigned to the objects associated with Kosmos 482.

Russian wikipedia article quotes the astronomer and space exploration historian Pavel Shubin, who expects around 500kg of debris to reach Earth surface after reentry (my translation):

According to the astronomer and space exploration historian Pavel Shubin, [who] expressed [his estimations] in July 2018, Kosmos-482 may return to Earth in 2022-2025. He added that it is not yet clear where the probe may fall, but this will happen between 52 degrees north and 52 degrees south latitude. According to Shubin, when the station enters the Earth’s atmosphere, at least 500 kilograms of metal debris will reach the surface [of the Earth].

Not the answer you're looking for? Browse other questions tagged venus failure soviet-union or ask your own question.

4
What are the difference in energy costs for entering Venus vs Mars vs the Earth?
3
Summary of events and issues leading to the loss of Hitomi?
4
What systems were used onboard Buran to determine its position during reentry and landing?
10
What are these objects near the Cosmonaut's faces?
9
Are Zond 2 and Venera 4 basically the same spacecraft design? What were the differences?
32
What are the teeth on the edge of Venera 13 and 14?
12
What are the "18 rescue missions" on Apollo 11, and which 10 of them did Michael Collins not feel comfortable with?
2
Why were Bion 6, Bion 7 and Bion 9 launched at the times they were? Was it related to thermal management for their living cargo?