How is the atmosphere in the pressurized housing of ISS' HDEV cameras managed? Outgassing addressed?

The ISS live feed uses the cameras of the HDEV experiment. This is a group of four cameras in a pressurized housing attached to the outside of the ISS.

A hermetically sealed atmosphere is one possibility, but there are several problems with that strategy. Leaks can happen, and outgassing from structural materials and the electronics themselves can raise the pressure (only slightly I suppose) and possibly built up contaminants on the surface of the optics causing scattered light when hit by strong illumination (e.g. sunlight).

Another strategy might be a very slow, controlled leak to space, compensated by a very slow make-up air line from a supply line from the ISS, or from an attached bottle of nitrogen.

Yet another would be to exchange atmosphere with the rest of the ISS via small tubes.

How is this actually done? Was it necessary to address outgassing?

The cameras are just in a pressurized, "factory-sealed" box.

The encoder, cameras, and other electronics are enclosed in a box pressurized to approximately one atmosphere, containing dry nitrogen, to provide a level of protection to the electronics from the space environment.

The pressurized box is mounted on the Columbus module External Payload Facility (EPF) via a Flight Releaseable Attachment Mechanism (FRAM). It was mounted solely using robotics with no EVA involvement. The only services provided to EPF payloads are electrical power and data which pass through the interfaces on the FRAM. There is no provision for replenishment or any other "management" of payload pressurization gas. 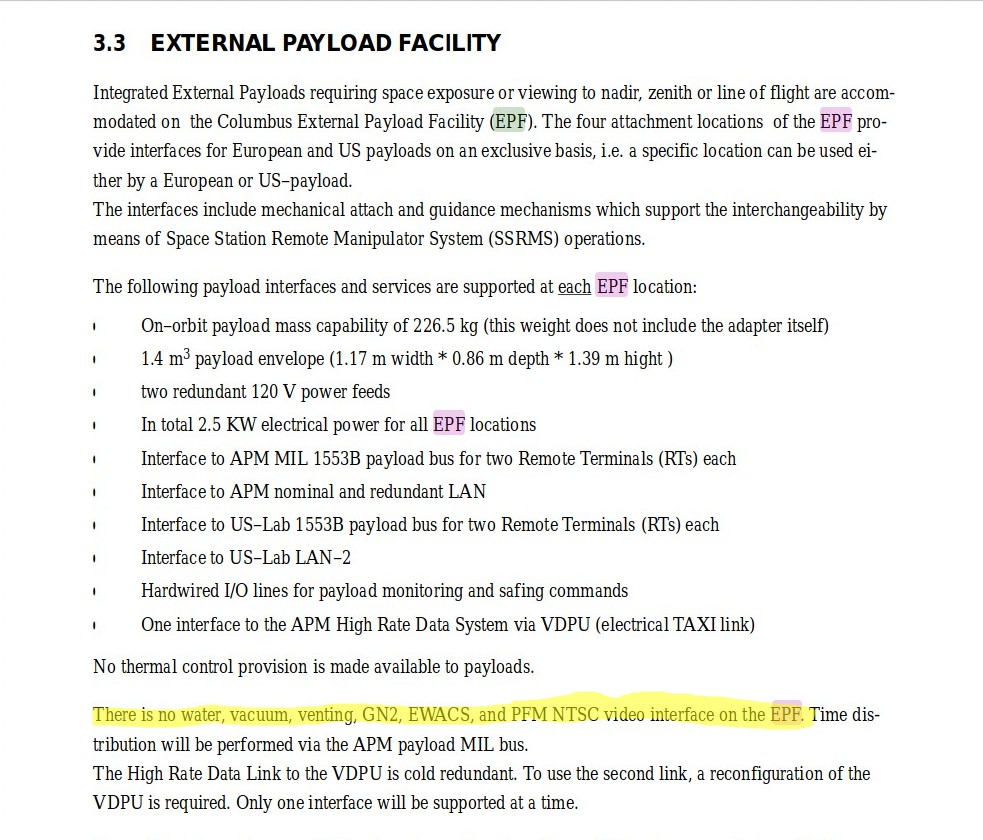 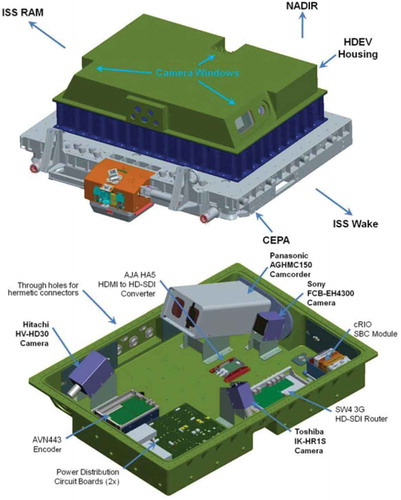 3
Why are some reaction wheels sealed with low pressure gas, others with vacuum?
1
Identifying some sort of flare near Earth

14
Why aren't the ISS HDEV cameras left on at night?
11
Could the ISS pressurized elements withstand a full depressurization?
11
How were the ISS compartments attached and pressurized?
31
Why does the ISS have so much pressurized but uninhabitable space?
6
Are pressurized cargo ships to the ISS depressurized before leaving the station?
7
How many leaks have been fixed on the ISS, roughly?
2
How are cameras arranged and used to monitor activities outside the ISS?
5
How many Lunar Surface Hasselblad cameras were left on the Moon?
14
What happened to the HDEV ISS Experiment? Is it over?
5
Besides the (currently down) HDEV, are there other public live video feeds from the ISS?