Who released pre-launch TLE data for the Space Shuttle?

I was curious if the United States is on the verge of launching maned flights to the ISS, will anyone release Pre-Launch TLE data like was done back when the shuttle was flying.

Question: Who released pre-launch TLE data for the Space Shuttle? Where was it posted? Are any of these still around? Who was generating them?

I'm not asking about official TLEs, only about predictions of the Shuttle's planned trajectory into orbit, using a standard TLE format.

There was once a NASA educational service called SPACELINK at Marshall Space Flight Center. One of its products was TLEs for Shuttle missions...

NASA's SPACELINK carries shuttle elements, both during a flight and prior to it. They also have a file of elements for the more visual satellites.

SPACELINK offered its info up via telnet and ftp...or dialup..

As part of the general destruction of NASA's once useful public online presence, SPACELINK was decommissioned and merged into nasa.gov

NASA Spacelink and other information providers across NASA are moving content into the NASA home page. The NASA home page is now the best place to find the type of content you have come to expect from Spacelink. The Spacelink team looks forward to serving you through NASA's premier Web site.

For a cane-waving aside, I used to get the TLEs over ftp and use them in the DOS program STSPLUS (which can still be made to work using DosBox or similar). There is a nice tribute to and information about STSPLUS on CelesTrak here 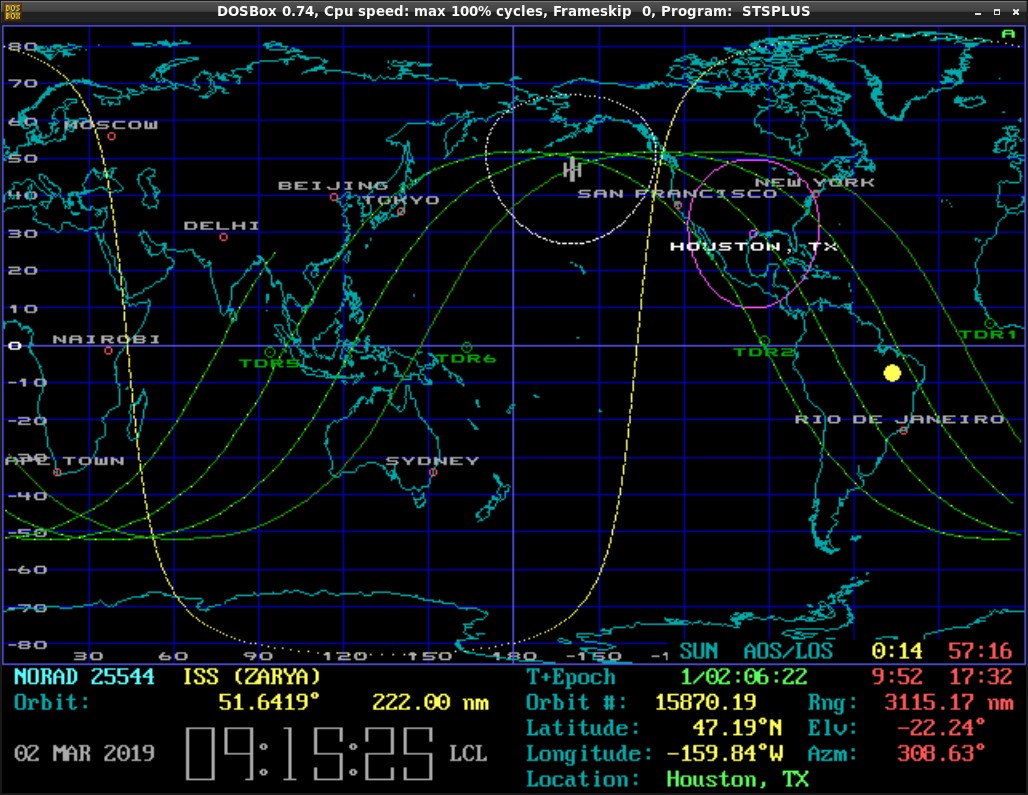 Not the answer you're looking for? Browse other questions tagged space-shuttle history two-line-elements or ask your own question.

9
What was the first proper Two Line Element to be generated?
9
Why did Columbia’s planned flight manifest have a five-year gap with absolutely nothing in it between 2004 and 2009?
3
Why are there some NORAD catalog IDs larger than 80000 in space-track?
10
Who was the first to successfully implement on practice ablative heat shield?
4
What caused the ISS Two Line Element Day of Year problem beginning 12-24-2019?
8
Will the new "TLE format" be orbitally-mechanically better than traditional TLEs?
4
What is/was legacy TLE ephemeris type 2? (TLE, line 1, column 63)
9
How do cubesat owners first find out their cubesat's initial trajectory? How do they point antennas at it before official TLEs start to appear?
20
How well would Max Faget's April 1, 1969 design for the Space Shuttle have actually worked? What would have been the major problems?