What are these green text/line displays shown during the livestream of Crew Dragon's approach to dock with the ISS? 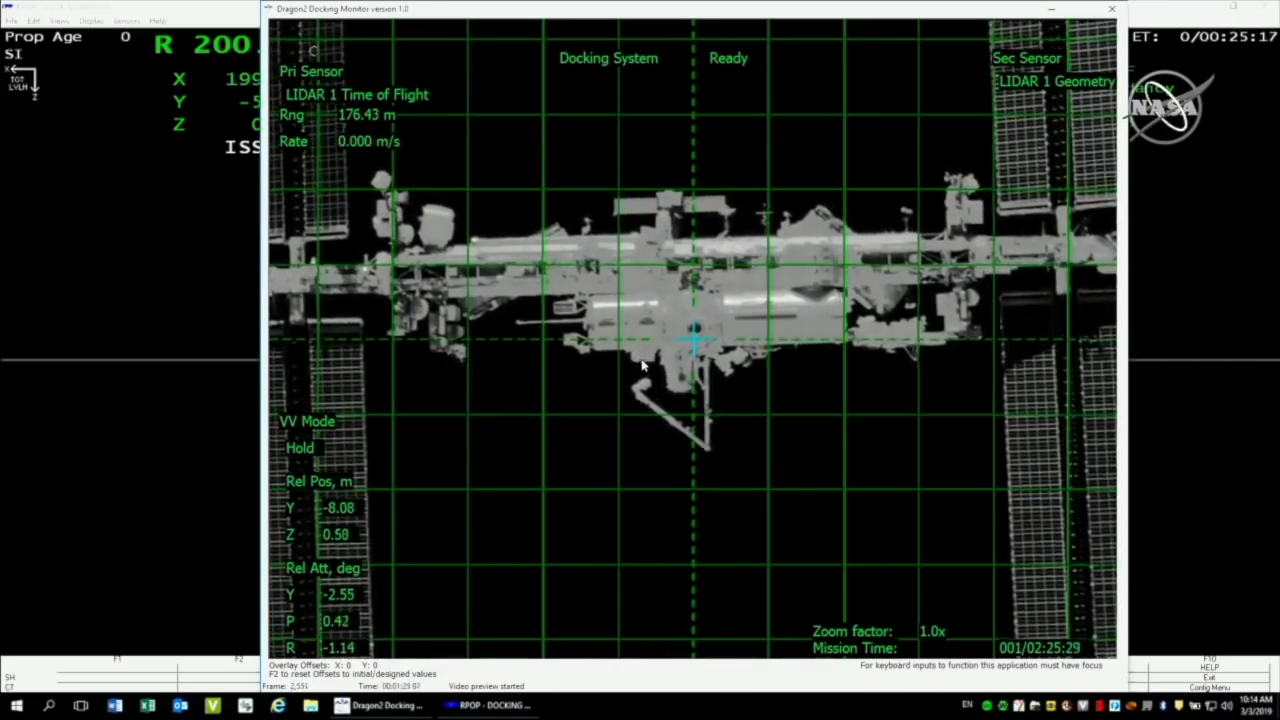 During the livestream of Crew Dragon's approach to docking, at 6:24 a laptop display is shown with lots of green text and a camera view of the International Space Station. What's going on?

The display shown is from the screen of one of the Space Station Computer laptops in the US Lab. This was being downlinked to Mission Control in Houston to monitor the functioning of tools used by the ISS crew to track the Crew Dragon's approach.

The foreground program is the Dragon 2 Docking Monitor, which takes video supplied by the Crew Dragon (aka Dragon 2, Docking Dragon) and overlays a grid to estimate angular offsets in the view alongside some pertinent information for docking (range and lateral offset between the docking adapters, rates, a couple of modes).

The background program is RPOP, the Rendezvous and Proximity Operations Program. The Space Shuttle version of RPOP is described in JSC 63400 "History of Space Shuttle Rendezvous," page 239 and others. A new version of RPOP, version 8, was created to monitor the approach and rendezvous of Crew Dragon and CST-100 to the International Space Station. The screenshot shows the Demo Mission 1 Crew Dragon at the very edge of the Keep Out Sphere (Range, R, 200 meters).

"Coincidentally" I happen to have been the lead developer on RPOP since 2015 and monitored its operation from Houston during Demo Mission 1. I thought it was conceivable that someone might have wondered what this was since it got livestreamed and has since ended up in places like a Scott Manley video.

Not the answer you're looking for? Browse other questions tagged spacex iss docking or ask your own question.

32
What are the procedures aboard the ISS in the eventuality of a loss of a crew member?
22
Does the ISS team plan cargo flights when at half crew on purpose?
11
What are the numbers on the Soyuz docking cam?
2
Can an ISS berthed vehicle remotely unberth?
3
Best orientation for docking
15
Why are these astronauts green?
9
What are these stacked panels on the ISS in this image?
8
What is this diagram shown during Dragon docking with the ISS?