Why ISS Astronauts have red stripes?

After seeing the interesting question How do ISS astronauts “get their stripes”?, I was wondering why the color red was chosen for the identifying stripe: 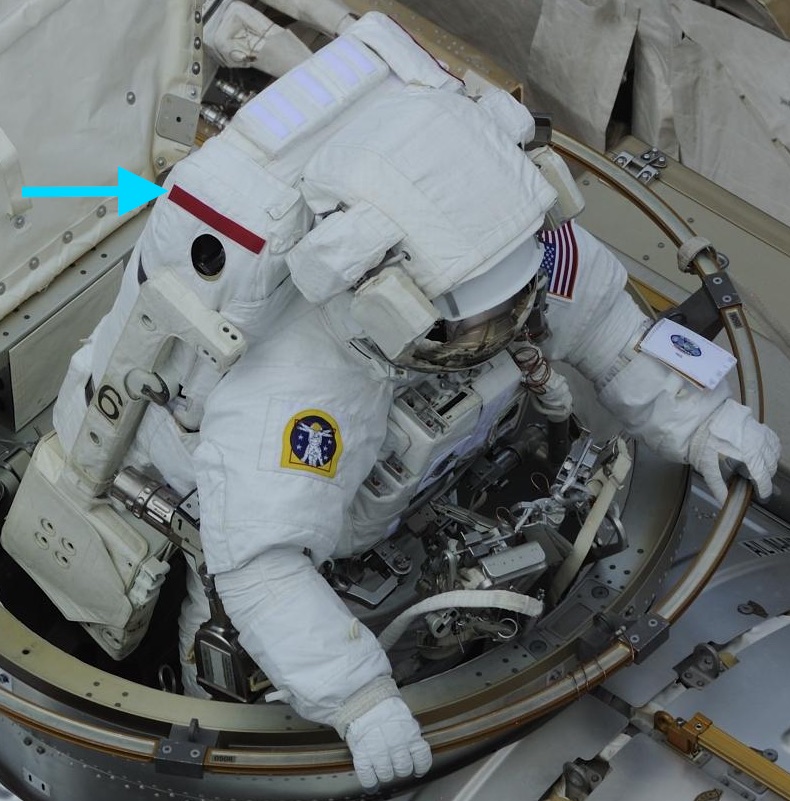 I am assuming that red is the best color that stands out against their white suits and/or anything they may be working near, and perhaps shows up best when watching via Camera/CCTV. However, on this forum, someone noted that Dick Gordon's stripes were Yellow, to salute his Naval background (Navy Gold).

Also shown in one of the Answers for "How do ISS astronauts 'get their stripes'" question is a candy-striped marker, is there any official reason for that over a solid stripe? Or does that astronaut just have a strong affection for candy-canes? 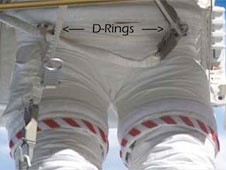 Is there official explanation on the color choices? Could an astronaut have, say a blue stripe, or [insert Astronaut's favorite color here] if they wanted?

This NASA page states that the red stripes started with Apollo 13, so the commanders "could be distinguished from the LMPs in mission photographs." In particular, after Apollo 11, the NASA public affairs office was under great pressure to release developed pictures of Neil Armstrong, the first man on the moon. The suits at that time had no distinguishing marks, so they had difficulty determining which pictures involved Armstrong.

(That page calls them "Commander's Stripes", which is not a good name. The commander did have red stripes on his arms, legs, and visor. However, during Apollo 15-17, the command module pilot and the lunar module pilot went out on a spacewalk to retrieve experiments from the service module. The LMP wore the same visor that he had used for the moonwalks, but the CMP borrowed the CDR's visor -- with its red stripe -- while the CDR stayed inside with only his bubble helmet. So a red stripe can also mean the CMP.)

My review of NASA technical literature including Apollo Experience Reports, Operator Handbooks, and the Program Summary Report all acknowledge the use of the stripe to identify the commander, but none of them give a specific reason for the color red. However, my educated guess is that it is the most distinctive color on both black-and-white and color film.

By the way, the Russian Orlan suits have stripes, but a greater variety of colors: red, orange 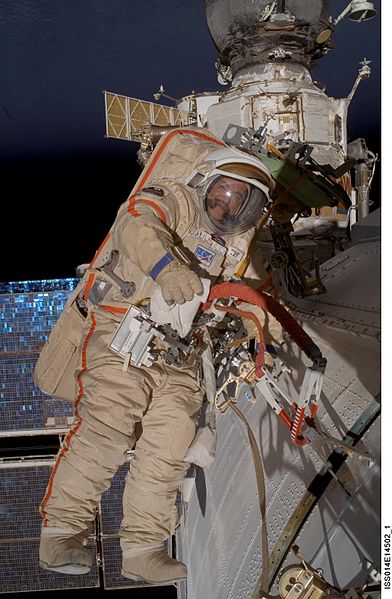 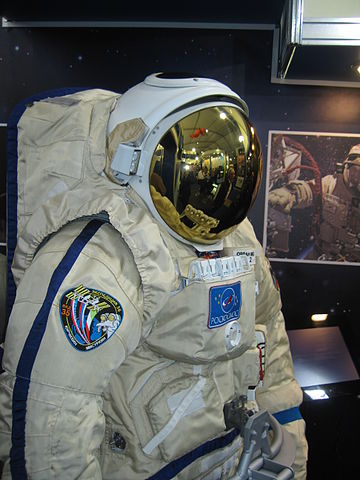 34
How do ISS astronauts "get their stripes"?
13
Have astronauts in space suits ever taken selfies? If so, how?
5
Do launch suits have markings that can distinguish between crew members?
3
Are there other "glow in the dark" Luminex wire and light-emitting patch designs for the Z-2 or any other space suit?