In the MIT OCW of Aerospace System Engineering lecture 14 at 37:40, Prof Jeffery Hoffman talks about ropeway from space shuttle that goes to a bunker and then they have to ride a military tank !

I want to know more about this procedure, is there any source for this information?

Yes, I am a source for this information :)

Here are some pictures I took of the escape system while standing on the launch pad tower during the STS-124 Terminal Countdown Demonstration Test.

The idea was that the crew would egress the Orbiter and run down a walkway to this platform. Then jump into the baskets, 2 people per basket. You can see the sign LEVER UNDER SIGN RELEASES BASKET 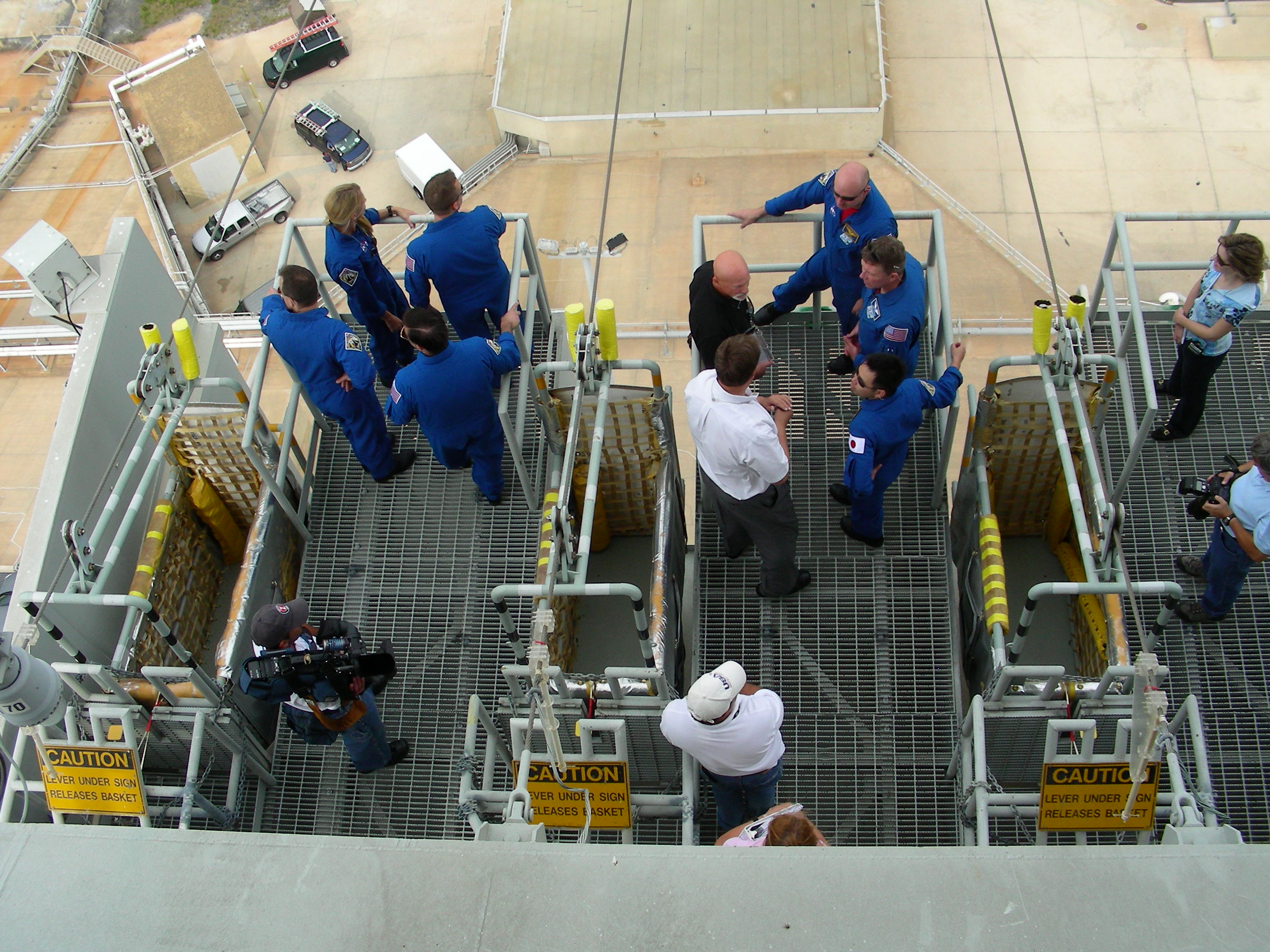 Pull the lever and the basket whizzes down a wire rope. Draglines drag in this pile of sand which serves to slow it down. Once it stops, the crew jumps out. 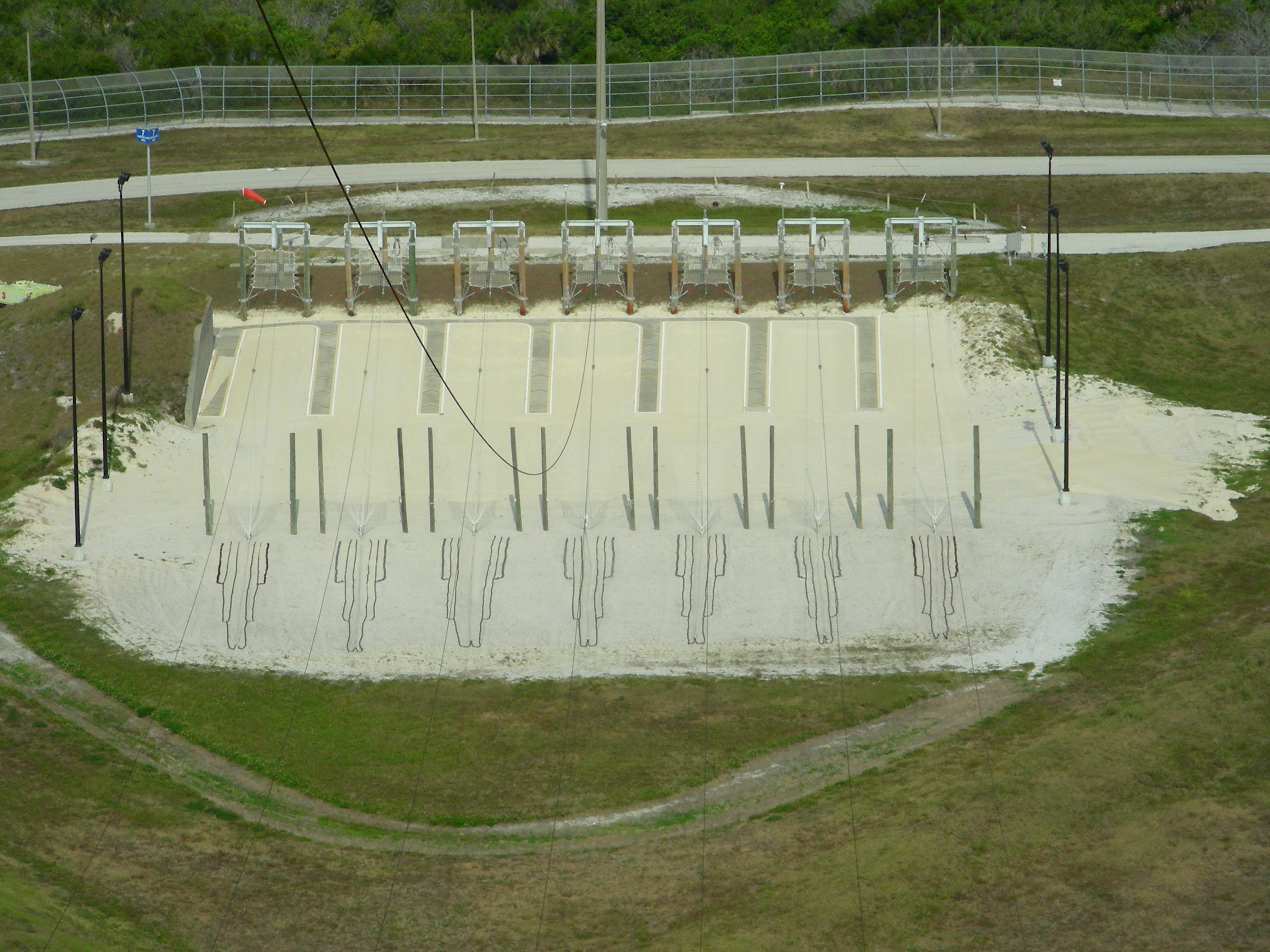 Then they get into the "tank" (really an M113 armored personnel carrier) and drive away. 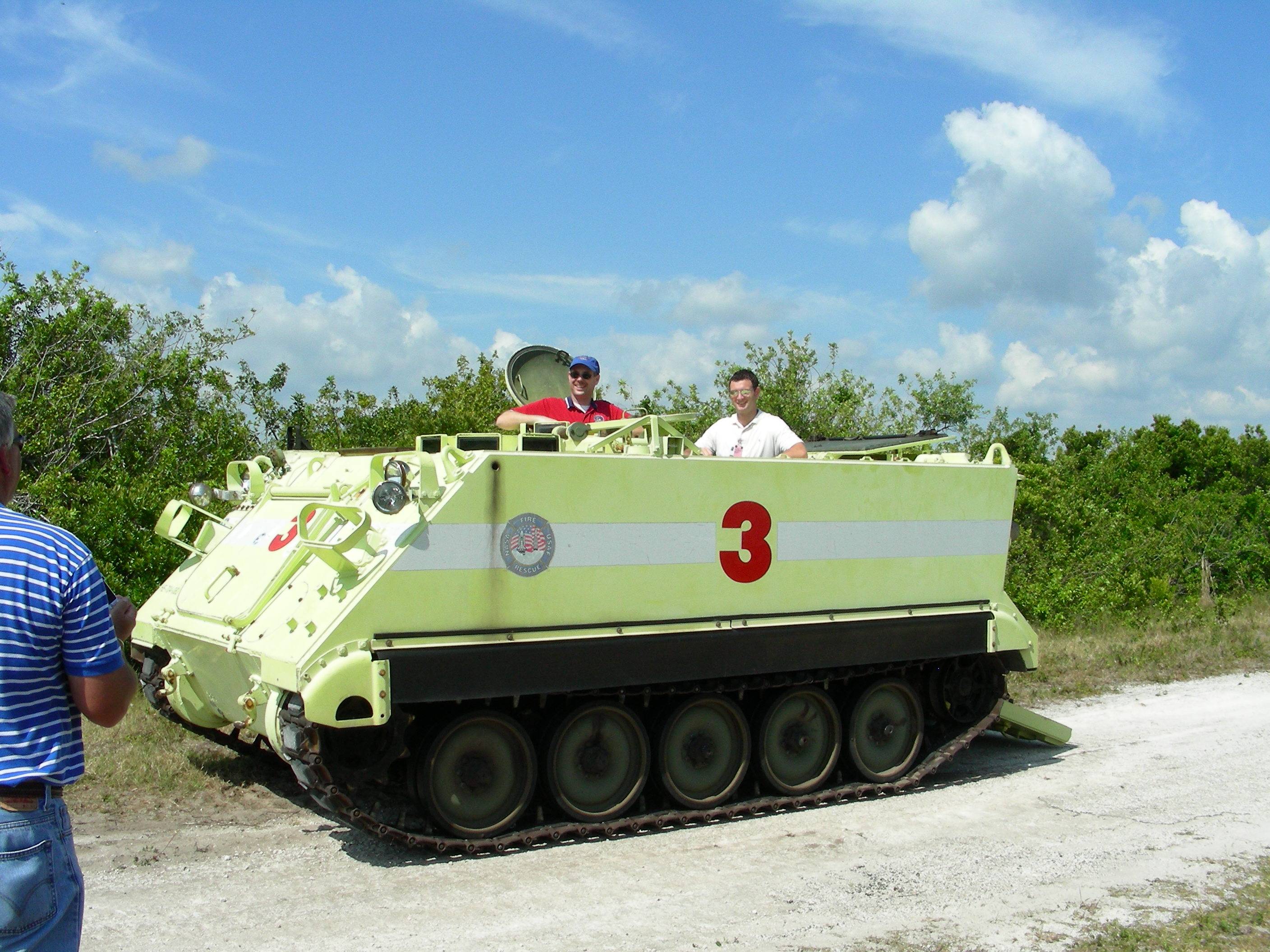 It was never used and NASA management was afraid to have anyone actually test it out. But astronaut Charles Bolden (later the NASA administrator) insisted on testing it and did, becoming the first person to ever ride it.

It would have had to be a very slow emergency for the crew to be able to unstrap, climb out, open the hatch, run to the baskets, slide down, and get into the M113 before whatever was happening...happened

You can read more about how the "tank" was also used by rescue personnel here: Ground personnel proximity to space shuttle at launch?

Finally, here is a video of the last time the baskets were released.

Not the answer you're looking for? Browse other questions tagged space-shuttle procedure emergency or ask your own question.

4
Was a real Space Shuttle ever used as a really big simulator?
5
Ground personnel proximity to space shuttle at launch?

9
What's the white tall tower with a tank near Space Shuttle launch pad?
8
Why aren't there many audio soundscapes recorded within the spacecraft?
5
Did NASA archive the audio recording of STS launches
7
Were there any cases of woodpeckers damaging Shuttle External Tank insulation other than that of STS-70?
3
Procedures if there was a shuttle decompression in the vacuum of space
7
How much of the printed materials (manuals, instructions etc.) were allocated for the crew's use in Space Shuttles?
6
What were the space shuttle’s emergency procedures for an SRB or ET separation failure?