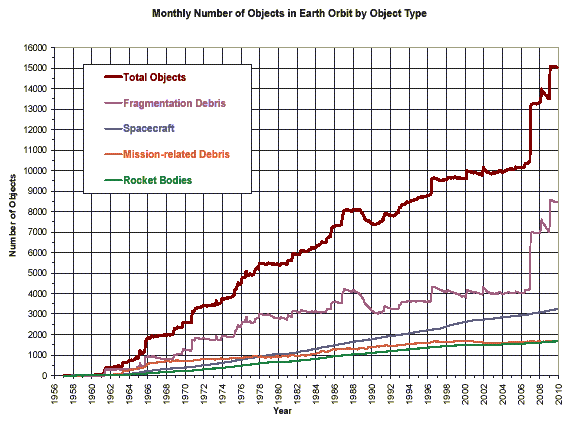 19
How much of a problem is space junk, and how can we clean it up?
4
Do meteor showers from 209P/LINEAR cometary debris pose a threat to the ISS and other Earth-orbiting satellites?
13
Do space agencies take measures to prevent spent upper stages from becoming space junk?
15
How many satellites are orbiting the earth?
10
How do rockets avoid satellites?
15
What satellites can I receive Images from with a radio?
2
Impact of Constellations on Space Debris and Launch Windows
33
What is the largest piece of space debris volumetrically?
2
Could ejecta from asteroid Bennu enter into temporary orbit around it? If so, how?
5
Do space organisations take the positions of space junk and satellites into account when launching?