How did the Luna spacecraft collect samples of the moon and containerize them for return to Earth?

The Wikipedia page Sample-return mission and this answer list Luna 16, 20 and 24 missions as each bringing back of the order of 100 grams of lunar material to Earth, but their Wikipedia pages don't say much about how this was done. There's a graphic which gives the basic idea, but are there better sources and descriptions for how this was done step-by-step?

How was the material identified, collected, and transported to the return capsule, and how was that capsule sealed and readied for spaceflight and reentry? 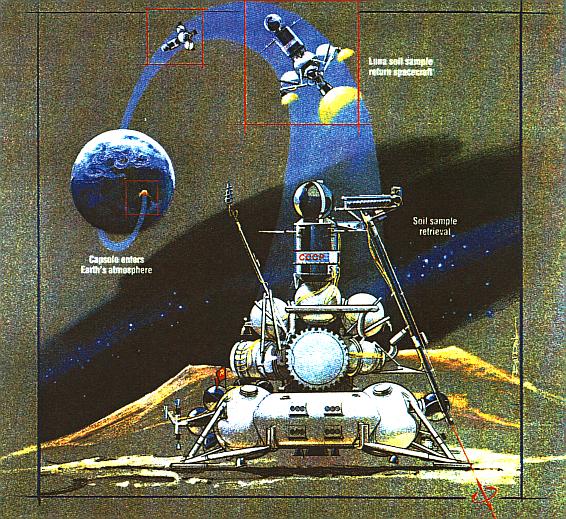 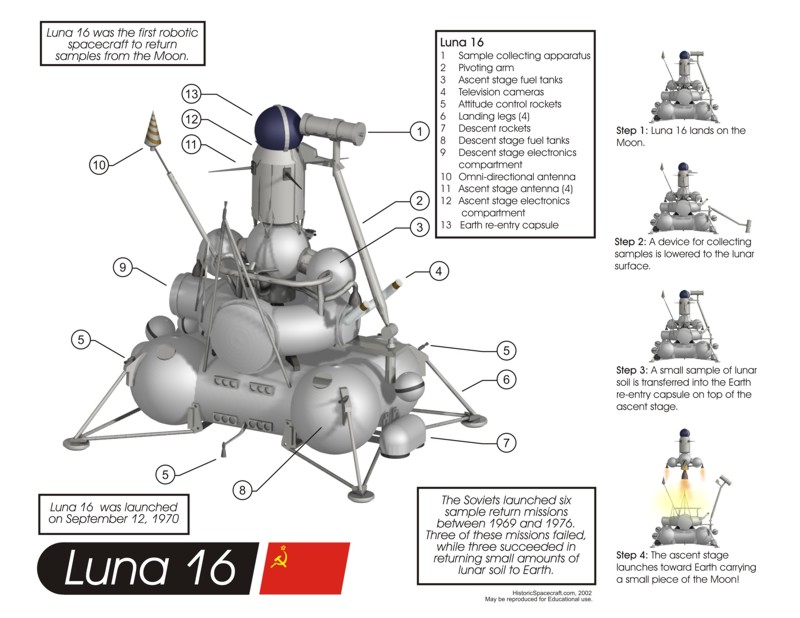 Luna 16 was the first successful robotic probe to return sample from an extraterrestrial location to Earth for analysis. It did not return the first sample, that was done by Apollo 11, but it was the first time humanity successfully sent a robot into space to do such a task.

The illustration above and the text of the following were taken from multiple sources. I have identified them, but the narritive is not entirely clear on the process of how things went from Luna 16 landing, collecting a sample and returning to earth. But it illustrates roughly how it worked.

The ascent stage was a smaller cylinder with a rounded top. It carried a cylindrical hermetically sealed soil sample container inside a re-entry capsule. The spacecraft descent stage was equipped with a television camera, radiation and temperature monitors, telecommunications equipment, and an extendable arm with a drilling rig for the collection of a lunar soil sample.

The drill was deployed and penetrated to a depth of 35 cm before encountering hard rock or large fragments of rock. The column of regolith in the drill tube was then transferred to the soil sample container. After 26 hours and 25 minutes on the lunar surface, the ascent stage, with the hermetically sealed soil sample container, lifted off from the Moon carrying 101 grams of collected material at 07:43 UT on 21 September.

There appear to be two chambers involved - an initial processing cabinet (or vacuum tank) and a round examination cabinet. Samples were processed in an inert gas (N2?) to protect them from moisture, oxygen, and contamination.

NASA goes on to say:

The lower stage of Luna 16 remained on the lunar surface and continued transmission of lunar temperature and radiation data. The Luna 16 re-entry capsule returned directly to Earth without any mid-course corrections, made a ballistic entry into the Earth's atmosphere on 24 September and deployed parachutes. The capsule landed approximately 80 km SE of the city of Dzhezkazgan in Kazakhstan at 03:26 UT.

Not the answer you're looking for? Browse other questions tagged history russia sample-return luna or ask your own question.

51
How did the Russians get moon rocks?
5
Why would Space Cube 1.0 have so many On-Orbit Upsets over South America?
2
Trajectory information for Ranger, Luna, and other early Lunar explorers

5
How are ultra-sensitive aerogel suspended samples secured for Earth reentry and touchdown?
51
How did the Russians get moon rocks?
8
What's the record for the fastest trip to the Moon?
1
How did Luna 3's pivoting antennas and ribbon antennas work?
2
What did Luna 3's illuminator illuminate and why did it need a cover?
5
Could the uncertain mass of the OSIRIS-REx sample affect the trajectory of the return capsule?
4
From interplanetary space to the Australian Outback, how will Hayabusa2's return capsule be tracked? Desert Fireball Network perhaps?
8
Actual mass of Chang'e 5 samples
23
What skipped test on Genesis would have detected the backwards-inserted accelerometer which didn't deploy the parachute?