What is Earthy controlling in the ISS cupola?

ScienceAlert.com's Astronauts on The Space Station Liked SpaceX's 'Earthy' Toy So Much They Kidnapped It shows a series of photos of Earthy, the new plushy member of the ISS crew.

In the photo below Earthy has one hand on what looks like a pretty important joystick control and one foot on a control panel. Both the joystick and some of the buttons have metal guards around them to protect from accidental manipulation.

What are the joystick and control panel for; what do they do? 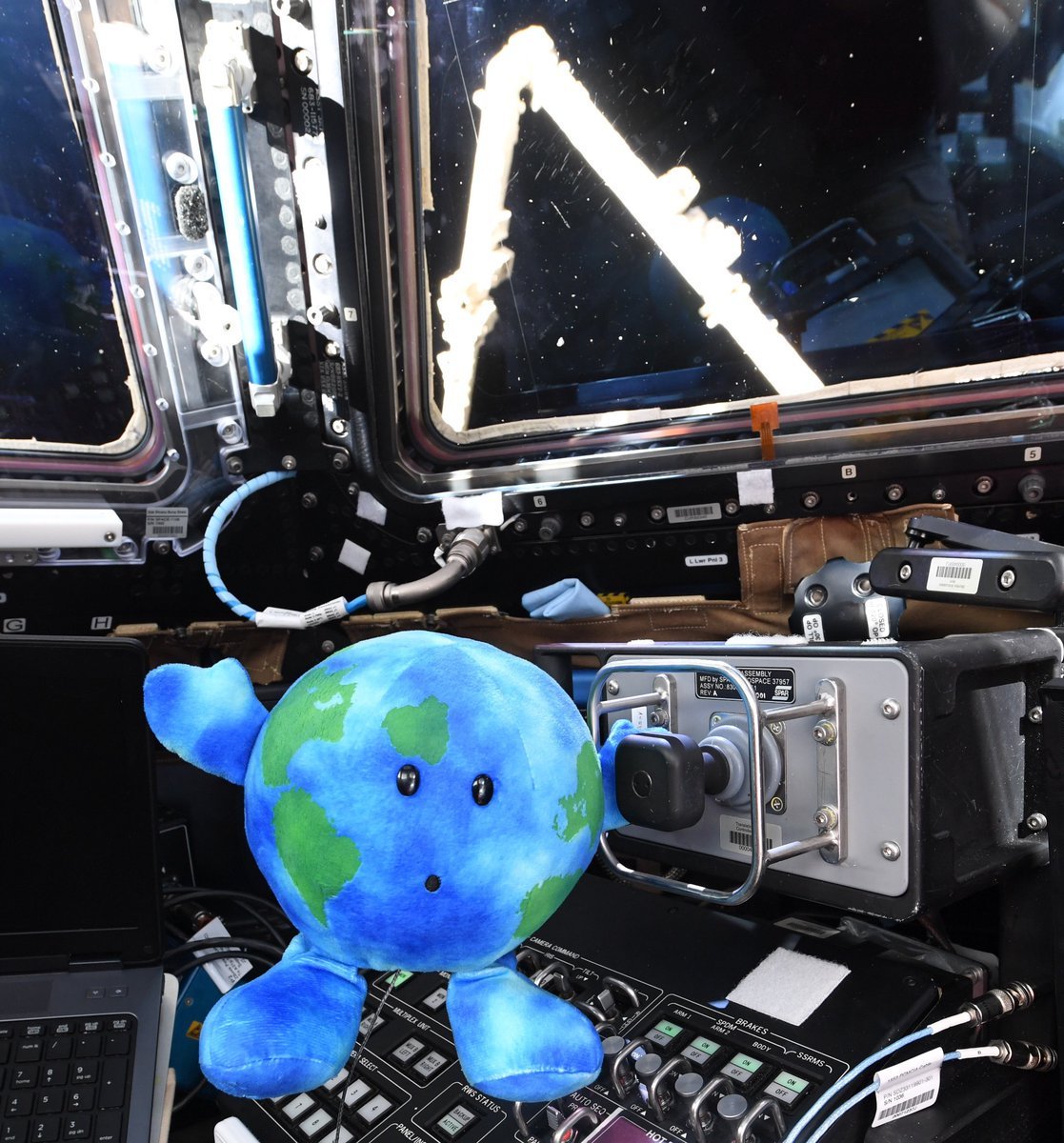 That is the space station robot arm control station aka the Robotics Workstation - one of two aboard the ISS. There's a long answer about its controls on the site already: (What is the user interface of SSRMS)

Earthy is holding the Translational Hand Controller and her feet are resting on the Display and Control Panel.

10
What is the user interface of SSRMS
2
Saint Elmo's fire on the ISS? What are these green glowing balls of plasma on a solar panel? Dangerous?

11
What is this instrument on the ISS?
5
Approximate sizes and relative positions of the ISS' cupola windows?
4
What is this object outside the ISS that looks like a loudspeaker?
23
Why does the ISS cupola have Interior Protective Sliding Windows
11
What are the two orange tabs stuck on opposite edges of each window of the ISS cupola?
23
Is the cupola, on the inside of the ISS, cold or warm to the touch?
9
What are these stacked panels on the ISS in this image?
4
What's this mini-cupola-looking object in this photo from the ISS?