Is Lunar Horizon Glow still a thing? Has the “dust settled” on the topic?

The title gets its inspiration from Is the Flyby Anomaly still a thing? but the topic is different.

The Lunar Horizon Glow is a phenomenon observed by some of the Surveyor missions. While the Sun is just below the horizon, a glow appears very close to the surface. The glow is thought to be forward-scattered light from dust electrostatically suspended just above the Moon's surface.

This was brought to my attention by comments below this combative question which link to Phys.org's Dust 'floats' above lunar surface—electrostatic dust transport reshapes surfaces of airless planetary bodies which describes some recent work reported in Geophysical Research Letters: Dust charging and transport on airless planetary bodies which in turn references Lunar surface: Dust dynamics and regolith mechanics from which I've included the images below.

Has the "dust settled yet" on this topic? Has there been more recent, independent observations of the horizon glow? For example, the recent Chang'e 3 and 4 missions have had landers and rovers on the Moon with modern equipment, have they reported any similar observations? Or any other observations besides the Surveyor data? 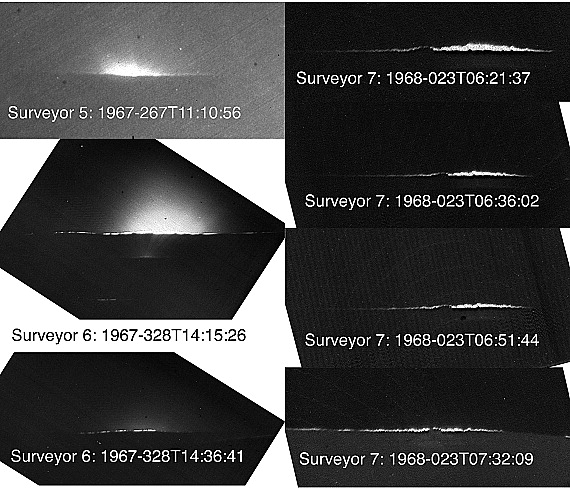 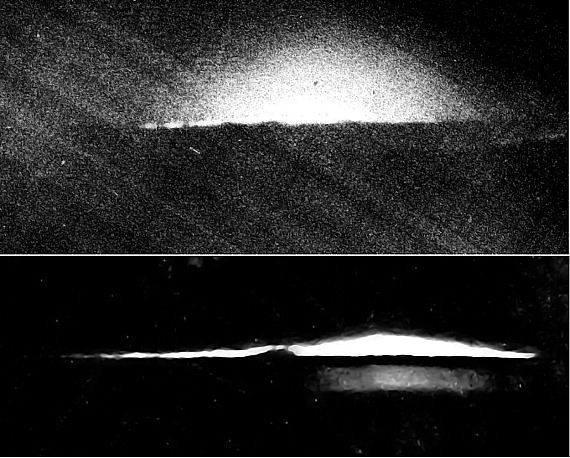 Contrast enhanced and low‐pass‐filtered images of lunar horizon glow from (top) Surveyor 6 and (bottom) Surveyor 7. The apparent gap between the horizon glow and the lunar surface noted by Rennilson and Criswell [1974] can also be explained by forward scattering of light from the cloud itself to illuminate part of the lunar surface between the horizon and the spacecraft. Photographs from National Space Science Data Center.

Browse other questions tagged the-moon surveyor-program or ask your own question.

14
Is the Flyby Anomaly still a thing?
-4
Why is there no exosphere demonstrating moon dust and particles in the Apollo footage?

14
How hard is the Lunar surface?
15
How big of a problem is the Lunar eclipse in April 2014 for LADEE?
9
Is the UK Space's MoonLITE project still on?
8
Is long range radio communication possible on the lunar surface?
3
“Lunar vacuum cleaner”: Design considerations for regolith dust suction system in exospheric conditions
6
Where is the “almost certain” water in these spectra from Chandrayaan 1's Moon Mineralogy Mapper?
2
Have there been long-term observations of the effects of lunar exposure to equipment?
2
Which camera has produced this image from Longjiang-2 microsatellite?