Did the Apollo missions use the Earth's magnetotail to lessen cosmic radiation?

I see a lot of images like this for the Apollo mission:

99% of them exclude the sun, and the ones that don't I can't be sure if they're accurate and cannot find sources. During the Apollo missions did they calculate the trajectory such that the moon aligned with Earth's magnetotail to minimize cosmic and solar radiation?

I had read somewhere that the Earth's magnetosphere is distorted by the sun, such that when the moon is inbetween the earth and the sun the magnetosphere of earth is nowhere near the moon. However, the moon sits at 384,400 km from earth (on average) and the mangetotail of Earth extends well beyond the Moon's orbit up to 1,460,000km away (obviously less powerful the further you get). 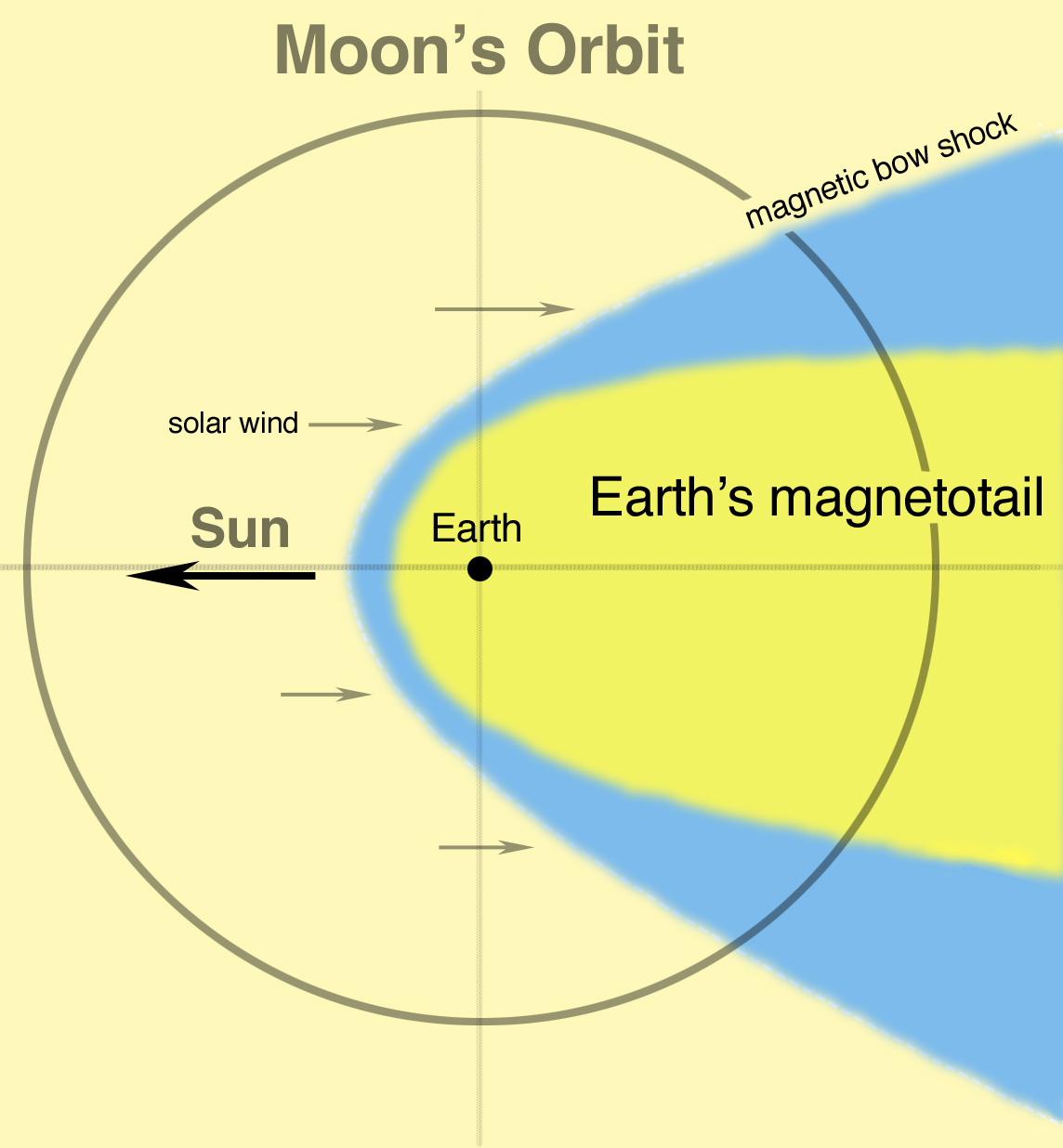 I found a lot of good information on this from this NASA page.

My overall question is did the apollo missions make use of the Earth's magnetotail to shield the crafts from radiation? Did they do this on all of their missions? I find it odd nobody has mentioned this on multiple Apollo radiation shielding topics, was the 6 day window to small to make much use of this shielding?

Your first diagram does, implicitly, include the sun's position in the form of the shadowing on the moon.

The Apollo missions were planned with launch windows such that the missions would land on the moon in "early morning", when the sun was low in the East at the landing site. A low sun angle made the shape of the lunar terrain more visible; sun behind the descending LM kept the crews from being blinded and let them judge altitude via the LM's shadow once they got very low, and the surface temperature would be a little less extreme than it would be at local "high noon" a week later.

I don't know anything about the effect of the magnetotail on cosmic radiation exposure, but it definitely wasn't part of the launch window planning for Apollo.

Not the answer you're looking for? Browse other questions tagged apollo-program radiation magnetosphere or ask your own question.