When was the first strap-on booster used in spaceflight?

The first use of the term "strap-on" in Google Ngram viewer is in 1930 and presumably that wasn't about a booster being attached to a rocket for additional thrust at lift-off.

When was a strap-on booster first used in spaceflight; beyond Karman, suborbital is allowed.

Was it in the late 1980's when the term had a sudden rise in popularity? 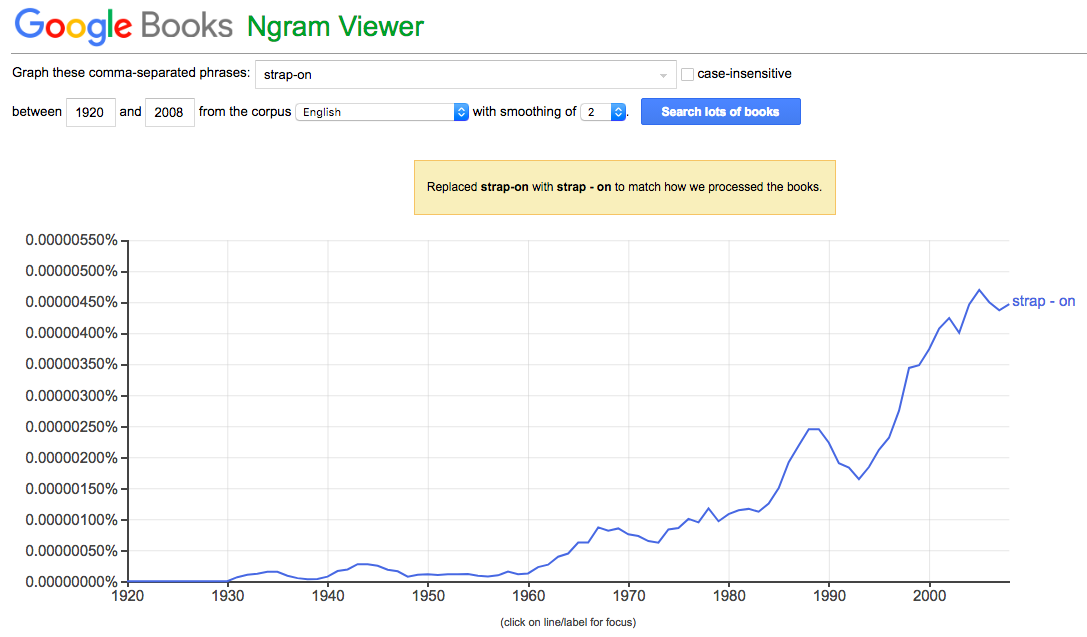 Boosters were in use by 21 August 1957, the first successful suborbital launch of the R-7.

A booster rocket (or engine) is either the first stage of a multistage launch vehicle, or else a shorter-burning rocket used in parallel with longer-burning sustainer rockets to augment the space vehicle's takeoff thrust and payload capability.

The term "Strap-on booster" is somewhat ambiguous. Literally, it means the booster is attached to the rocket via straps. I don't know any boosters that are attached like that: they are usually attached via fittings that are part of the booster's structure, and not a separate band that runs around the booster's body.

Some people use "strap-on booster" as a synonym for "booster", but that's pointless.

Strap-on boosters are, in my opinion, a subclass: this refers to boosters that are optional, i.e. the core stage can be launched either without or with boosters.

From this list, I'd say the Titan 3 is the first operational rocket to use strap-on boosters.

According to the Wikipedia article on the Titan IIIC the first flight of that vehicle was on 1965 June 18. Prior to that, on 1964 August 19 a successful flight of a rocket variously known as the "Thrust Augmented Delta" (TAD) or "Delta D" or "Thor-Delta D" ushered in operational use of strap-ons for US launch systems. The TAD flew again successfully on 1965 April 6.

After that the success with the TAD prompted the highly successful Delta series of medium-lift launchers. This article discusses the development from the single-engine Thor IRBM to the Delta series. Concerning the adoption of thrust augmenters,

After the Sputnik shock, all available assets were pressed into service. Thor was developed into a workhorse for the space program. The Able stage developed for the Vanguard project was mated to the Thor. A fundamental problem was that the thrust to weight ratio of the basic vehicle left little margin for growth or larger upper stages. This was solved by using Castor solid rockets strapped to the base of the vehicle to increase the lift-off thrust. Almost by accident rather than design, Thor developed into the Delta, the standard American medium-lift launcher, continually evolving through the use of more and larger strap-on boosters, a cylindrical and stretched core, and enlarged upper stages.

Moving further into the past (since you allowed suborbital flights, and this vehicle has a stated apogee of 240 miles, well above the line-whose-name-shall-not-be-spoken) there is the Sergeant-Delta aka Shotput.

Sergeant-Delta: A large rocket used by NASA in Project Shotput in preparation for launching the Echo satellites. Consisted of a Sergeant plus 2 strapped-on Recruits plus a Delta X-248 second stage. 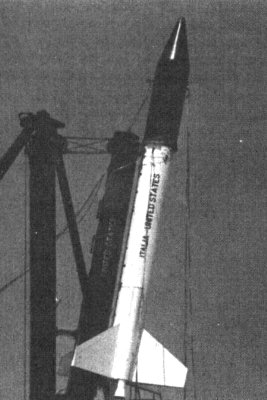 Not the answer you're looking for? Browse other questions tagged launch history terminology booster spaceflight-firsts or ask your own question.

7
Why "strap-on" boosters, and how do other people say it?
3
Help me understand what Farside, a ten "stage" rockoon looked like? How was it configured?
-1
Which Chinese citizen co-founded JPL? Who are JPL's "founders" in general?
1
Why do the Long March 3B's strap-on boosters have fins? Is this common?