For the Starhopper testing, how will SpaceX hold down the vehicle?

SpaceX is testing the Raptor engine on the Starhopper they built in Boca Chica.

For static fires of a Falcon 9/Heavy they use the pad itself, the holddowns to the pad, to keep it from taking off.

How will they hold it down for testing?

Of course with only one Raptor (600KLbs thrust) they could potentially just load it up with sufficient mass as to not be able to move. But the dry weight of the vehicle is fairly lower than that (Not sure we know an actual value for StarHopper) and you probably want a minimal fuel load during testing to keep the boom size low in case of RUD.

When they were building the pad, there were three big concrete blocks they built fairly deep down.

Then the pad was laid atop that. Looks like those are meant to be heavy anchors and then cables are wrapped over the legs and attached to the anchor points.

BocaChicaGal caught some great shots of this. 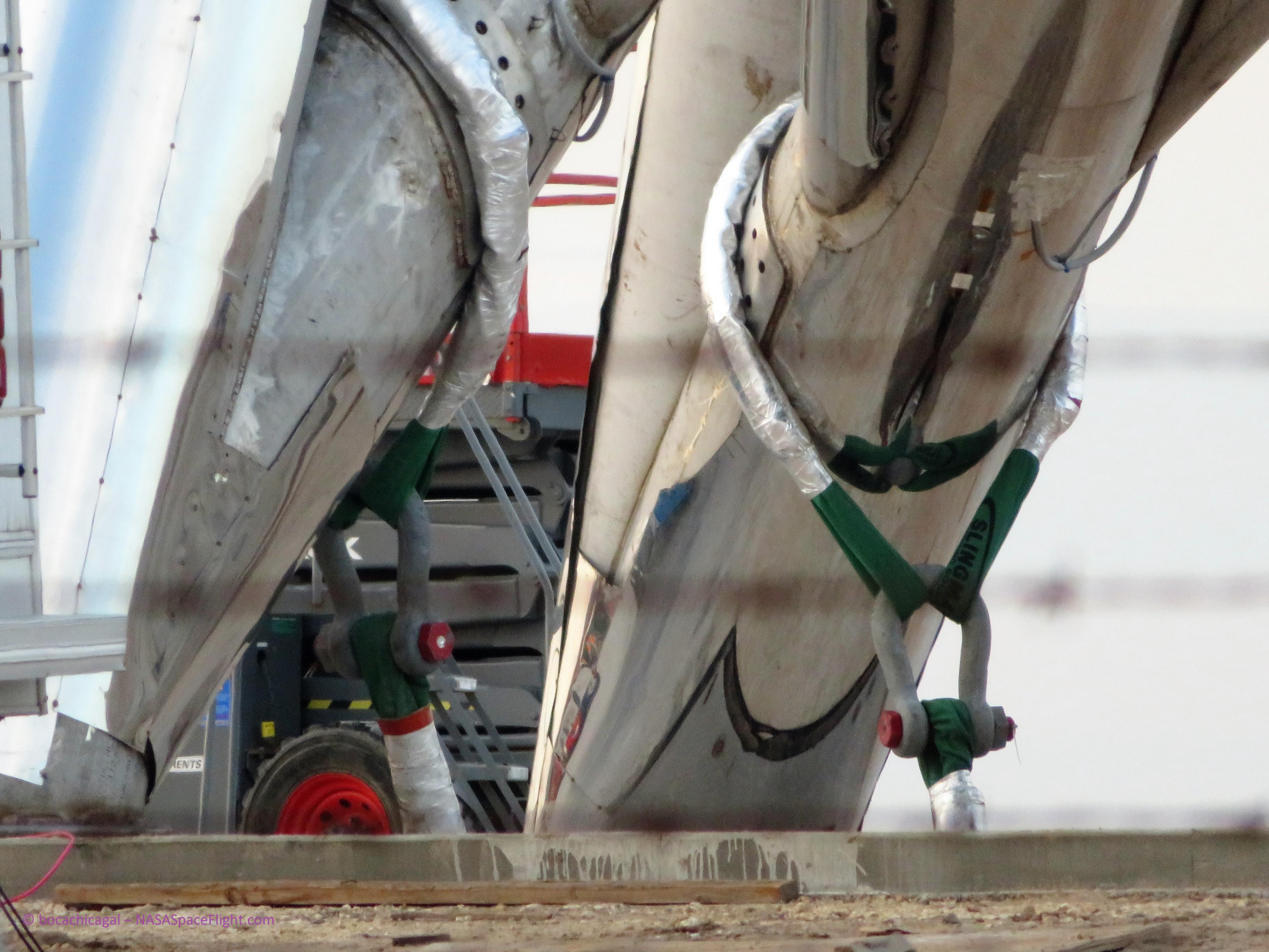 Not the answer you're looking for? Browse other questions tagged spacex testing spacex-starship raptor its or ask your own question.