Break Away Valves for Launch [duplicate]

I forgot to hang up the fuel pump and broke it off and costed around 80 dollars to replace. While there I wandered could this be adapted to a rocket in some way? 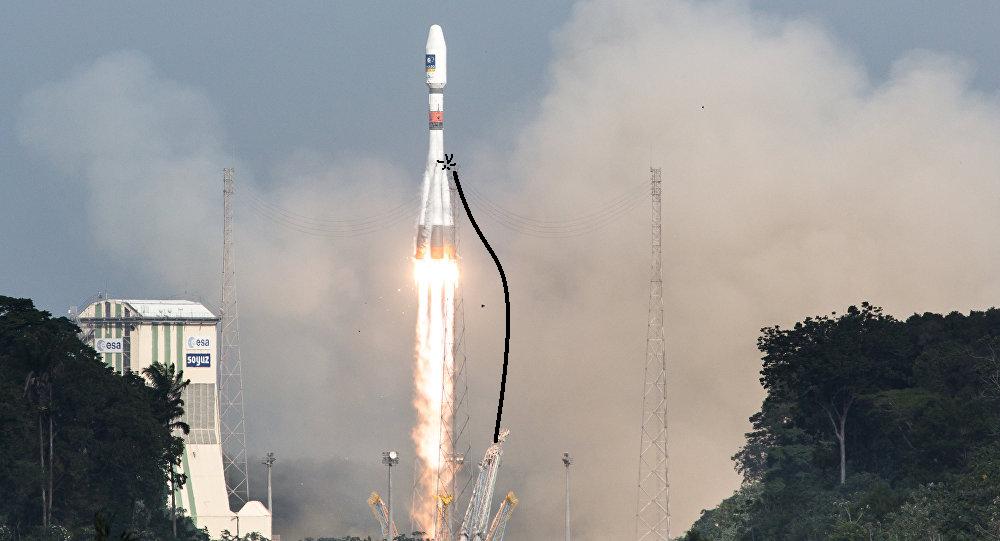 Theoretically yes. However there are concerns:

1) Propellant load is dangerous under the best circumstances. Add in all the vibration loads of an "on" rocket and you have a doozie.

2) Most rockets already have umbilicals that disconnect slightly after liftoff. The recent Rocketlab launch video has a good angle of this

3) It's a bit of added weight and complexity.

These are all surmountable, but then what would you be gaining? I'm sure someone can do a calculation (slightly related to this question) but I suspect it's a negligible amount of payload/mass gain.

Throwing some more bits at this alongside randomUserName's answer

The pipe size will be something you could climb up (half meter to meter diameter) so big and inflexible. Large diameter pipe becomes complex quite quickly in terms of the structure needed to support it both under pressure and hard vacuum as it drains.

It will be carrying at least one cryogenic fluid so tend to be inflexible and brittle. Generally pipe flexing at these temperatures are metal rotation joints or bellows rather than just a rubber tube as most flexible materials freeze.

The pressure to pump up 500 meters will be quite exciting, and need to handle what happens when the disconnect happens and the flow needs to stop abruptly.

At disconnect you will have plumbing with both fluids flowing. Stopping it is not really possible since there is going to be hundred of tons of fluid in motion in this pipe system, so it will need to vent. This is going to catch fire and burn off.

At disconnect you have a couple of hundred meters of flexible structure hanging in the air first guess at mass around 500 tonnes, that then falls through the rocket exhaust and lands on the pad. You do not get this back, and probably not the pad (see above)

The above two probably mean you need to purge the system with inert gas before disconnect, which reduces the system weight, flushes the flammables somewhat and maybe even means you could have a gas jet system to 'fly' the hose back down. All of this means that your actual useful fuel flow stops sometime before disconnect though, probably before the rocket has actually cleared the tower so net gain for the system is low.

The mass of the plumbing will be non trivial, off axis and hard to predict. This will make the flight control tricky, and tend to tip the rocket over.

In addition this coupling needs to be physically large to get the needed volumes through, and handle two different fluids. It then needs to disconnect reliably, since rocket is going to 100% crash if it fails to do so. Good rocket design normally involves only releasing the launch clamps once every single other ground interface has retracted, so only the launch hold downs need to be 100% reliable.

The disconnect point also needs to avoid spilling any of the fluids during flight.

This plumbing will need to feed multiple stages, and as noted around asparagus staging, cross feed is a complex beast and in fact a very similar and much simpler method to get the result from this question (rocket clear of tower and at speed with full tanks) would be for a rocket to fly with saddle tanks that jettison at 500 meters.

The actual mass of this assembly plus the fuel inside would need to be lifted by the rocket, so the gains are not 'free'.

It is worth noting that both refueling at sea and air are generally considered amongst the most dangerous things armed forces do that do not involve people shooting at you and this plan will involve many of the worst aspects of both plus cryogenics and operating rocket exhaust.

Fundamentally this becomes a new first stage, which possibly would be simpler as an actual first stage.

Not the answer you're looking for? Browse other questions tagged launch fuel engines design-alternative or ask your own question.

3
Could fuel be “hosed” (pumped) from the ground to a launcher?
20
Is Asparagus Staging Possible
2
Why rockets are not tossed up before launch
9
What rocket uses the largest percentage of Fuel/Oxidizer before liftoff?