When will we have the technology to directly observe an exoplanet with significant clarity?

Are there currently any projects underway to develop a telescope which will have the ability to directly observe an exoplanet with any clarity?

I don't mean blurry (yet impressive) images like this one: 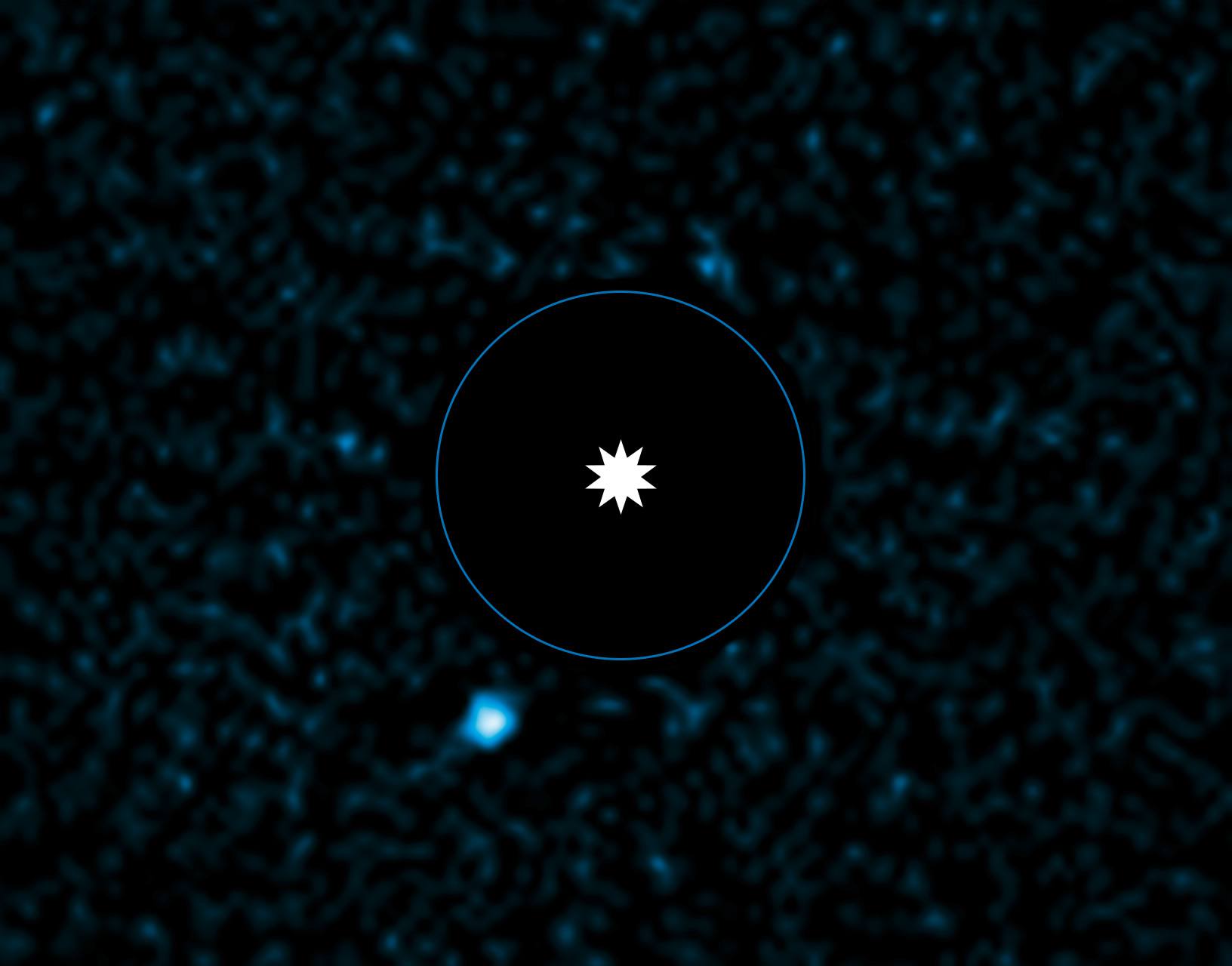 But maybe something where we can see actual features on the surface or atmosphere.

I understand that this may not be possible with conventional telescopes, but I was wondering what technologies would be needed to see surface or atmospheric features on an exoplanet say between 5-50 light years from Earth.

If no current projects are underway, when would be a feasible timeframe to see such a telescope?

I'm afraid it would be extremely difficult - simply the number of photons reflected off a planet surface and reaching Earth (and the telescope lens, however big) within timeframe for a solid photo is too small to create any meaningful image.

Planets are not stationary; they orbit their stars, and that means long-exposure photo will show them as a trails. Of course the telescope could be made to follow the orbital movement and we could actually achieve the planet disc image eventually. Unfortunately though, they also pivot around their axis, and that means we are not getting their surface photos, just blurred lines around the disc. Now if we were smart enough, we could take short-timed photos multiple times on the same "hour" of the planet's "day", and combining them we might get what we want - providing we somehow make out how long given planet's "day" is. But that's only for planets without or with thin atmosphere. If the planet has weather - that's the end, it's not repeatable at all.

So, there - we already do have two techniques for taking decent photos of the exoplanets. First one - send a probe there, make it take photos and return - would take thousands of years to complete. The other - construct a telescope with lens enormous enough to capture enough photons reflected off given planet within a time frame that won't blur the surface beyond recognition - would cost 100s of trillions of dollars. The James Webb Space Telescope (the world's largest space telescope) costs almost 20 billion dollars and will not be able to 'resolve' exoplanets.

EDIT: This actually could be done within somewhat more reasonable budget. You'd need a high-precision (not necessarily enormous lens size=brightness) telescope, with a sensor capable to register separate photons, not their sum over time - "record a movie" instead of just acquiring a still. The telescope would still need to follow the planet orbit, but registering the observations over long time and using autocorrelation function of the measurements it could determine the rotation period (day length) of given planet - specific features of terrain would reappear at specific places in regular intervals (one day apart) creating a cyclic function in the general noise. Knowing the "day length" and precise time of each photon, you could remap all your measured points onto their right locations of rotating sphere over time, and that way recreate the image of the whole surface - similarly how a modern photo camera uses its movement path recorded by accelerometers to recreate a static image from a long-exposure photo shot from shaky hand.

Of course this still requires telescopes better than anything we have, but it's well within reach of our contemporary technology and not on excessive budget.

It's not currently possible to get the details of a planet from a distance like a light year or more. Furthermore the projects mentioned below do not aim to get good images of the surface, but only to detect exoplanets, and do basic measurements. The reason is that getting detailed pictures of the surface is beyond current technology capability and research.

Hubble, the space telescope, has a better performance than any equivalent on the ground, due to the absence of atmospheric perturbations. An interferometer in space would benefit as well from this air-free environment. This led to several concepts: 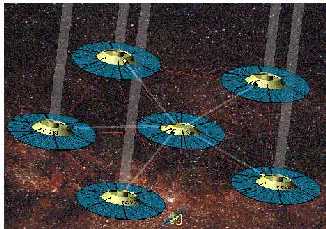 Objects with a small apparent size are better observed using astronomical interferometry, but the current technology allows to get only a rough image of a few large and ultra-bright objects.

Earth-like planet at a distance of one light year has an apparent size similar to ε Aurigae, but the faintness of exoplanets currently prevent to see details on their surface: Increasing the exposure allows to overcome the low light conditions but blurs the image due to the apparent motion.

The alternative to send probes and take photos is not currently possible either, Voyager 1 and 2, launched in 1977 are just at the border of our own Solar system, 10,000 th of the distance to travel to nearest exoplanet.

Most of the thousand of exoplanets already discovered have been detected using indirect methods, like the brightness dip of the central star during the transit of the orbiting planet. The question refers to an exceptional case, a direct observation of a massive planet in the IR spectrum.

There are two determining elements when observing an object:

In this image, the three objects have the same angular size, and will be seen similarly:

According to this formula:

the angular size of a planet with the diameter d of the Earth, at a distance D of 1 l.y., is 0.3 milliarcsecond (mas)

To see this planet as one pixel, the worst possible level of detail, the telescope needs to resolve 0.3 mas.

According to Rayleigh's limit, the angular size θ a telescope with a diameter d mirror can resolve at λ wavelength is:

To resolve 0.3 mas in the middle of the visible spectrum, the telescope mirror must have a diameter of 500 m.

If the telescope had a diameter of 2 km, then the number of pixels for the planet would still only be 4x4. This means scientists are far from being able to build a telescope to show the details of a planet at a few light years. Also this one light year distance is purely for discussion, since the closest star is already distant of 4.2 l.y.

The first interferometer was used for astronomical purposes in 1920.

Interferences are created by phase difference between the images, and the precision required for the baseline value is a fraction of a wavelength. Long baselines are easier to build for radio-telescopes than for optical telescopes. Optical interferometry was not actually effective since recently.

Compare the size of VLA (radio-telescope) and VLTI (optical telescope):

On one the best resolution in optical astronomy is obtained with the MIRC interferometer on the CHARA array at Mount Wilson Observatory.

See image of ε Aurigae in the short answer section, and more on astronomical interferometry.

Hubble, the space telescope, has a better performance than any equivalent on the ground, due to the absence of atmospheric perturbations. An interferometer in space would benefit as well from this air-free environment. ESA studied Darwin project in the perspective of exoplanet search:

But the project has been stopped in 2007. From Wikipedia.

A planet does not create light, it only reflects the light from its sun, at some degree.

The quantity of light reflected by the planet is proportional to the luminosity of its sun, its albedo (reflectivity) and its radius.

As visible on the pictures above, the orbit inclination and the phase also determine the quantity of light reflected.

Actually the brightness of an exoplanet is only thousandths of its sun, and well below the level of sensibility of the best sensors. Only very long exposure times can detect the faint light beam after accumulation, but the details are blurred due to the relative motion of the planet.

Only the brightest stars send enough photons to have some details visible. Details of an exoplanet with the same angular size cannot be seen.

The difficulty for direct imaging of exoplanets also includes the high contrast between the star and the planet. To improve detection, some telescopes use a coronagraph which hides the star to the imager.

The Starshade (aka New Worlds Mission) is a space telescope with a large occulter that can fly off and block the light of a star so its telescope can picture the surrounding exoplanets:

The shape of the occulter is such that the light waves that bleed around the edges cancel each other out. 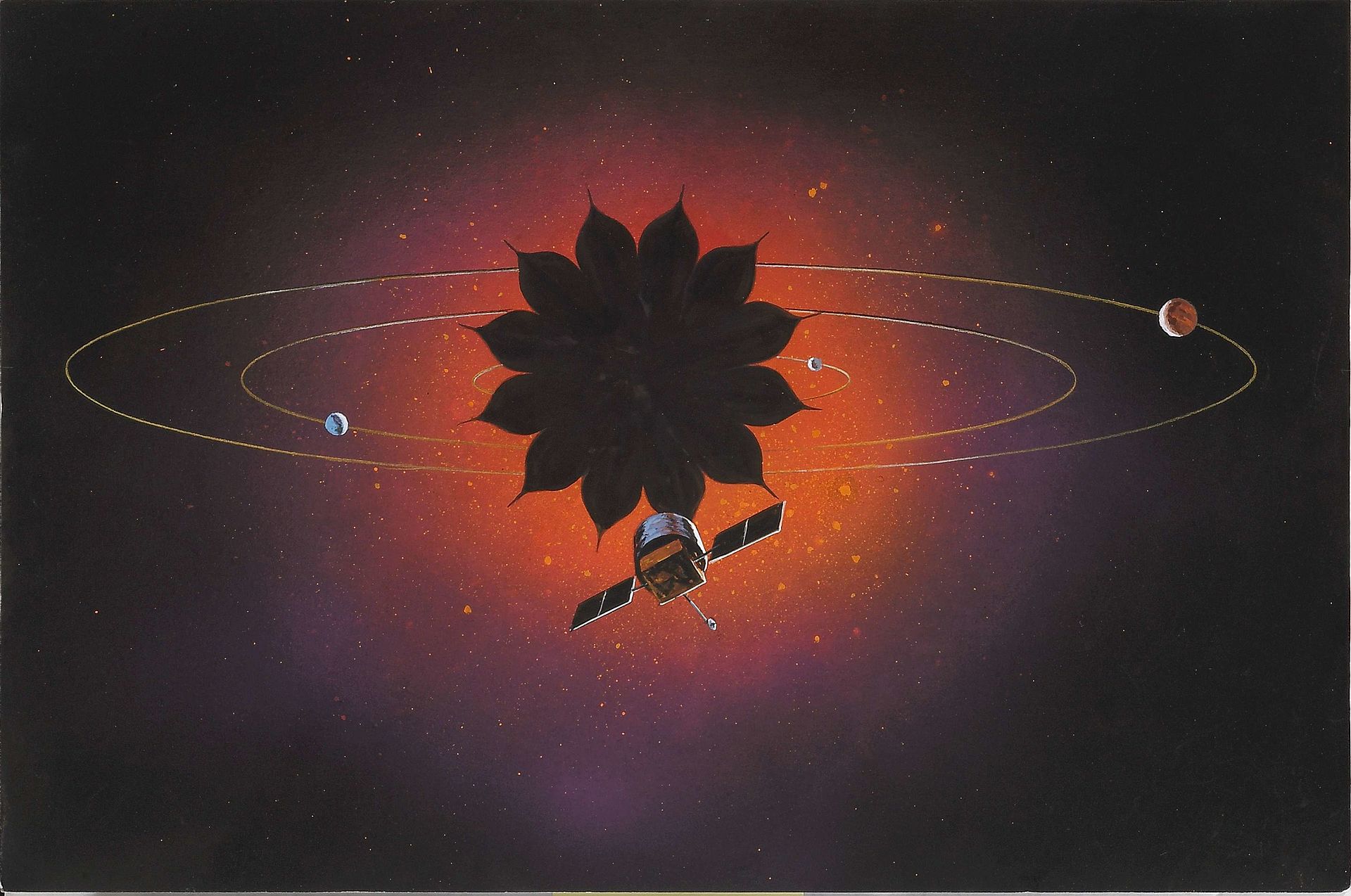 There are several missions in the exoplanet search ahead in line of the Starshade. First the Kepler mission looked at one part of the sky to find if exo-planets are common (they are). Secondly, TESS (Transiting Exoplanet Survey Satellite) will scan the entire night sky to make a catalogue of all nearby exo-planets; to select the most interesting ones. Thirdly, the James Webb Telescope will make better pictures of the host stars of the exo-planets of interest; so we can see the make-up of their atmospheres through light-interferometry. And only then will they launch the New Worlds Mission to picture exo-planets. 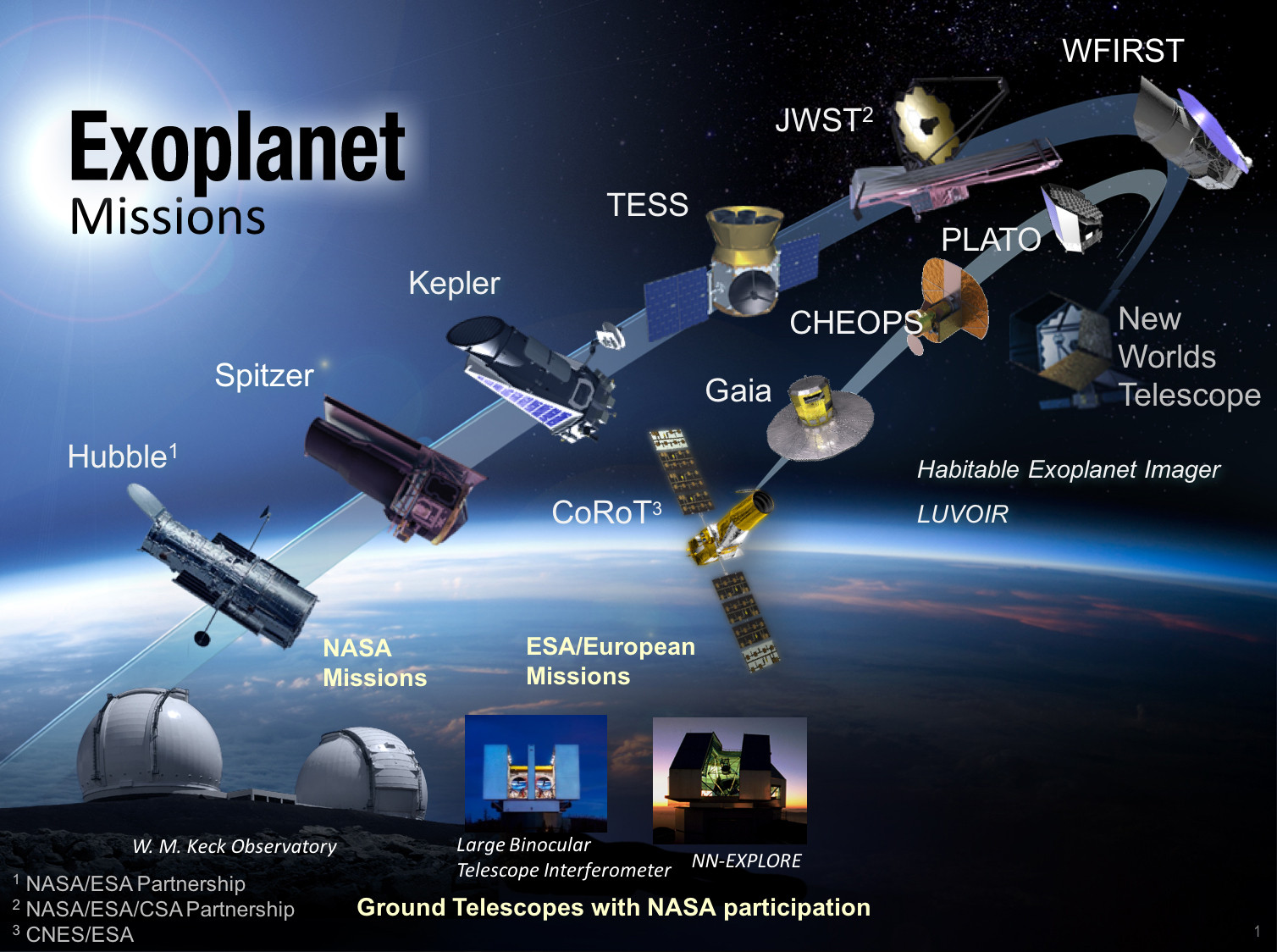 The project has been under development since 2005 and some estimates put its launch date on 2020.

The amount of detail that we expect to see depends on the telescope used. For for 750 million USD you just get the occulter, used in combination with the James Webb telescope. Giving the mission it's own telescope should improve the pictures, but puts the price card to 3 billion USD. Either way the resulting pictures will likely be disappointing to non-astronomers; if the direct light image of these two exo-planets is any indication. For significant detail you need a collection area of square kilometers. Though I've once read that with multiple occulters and telescopes true exoplanetary imaging could be achieved, how that would work is beyond me though; and I can't find the source of this claim anymore. 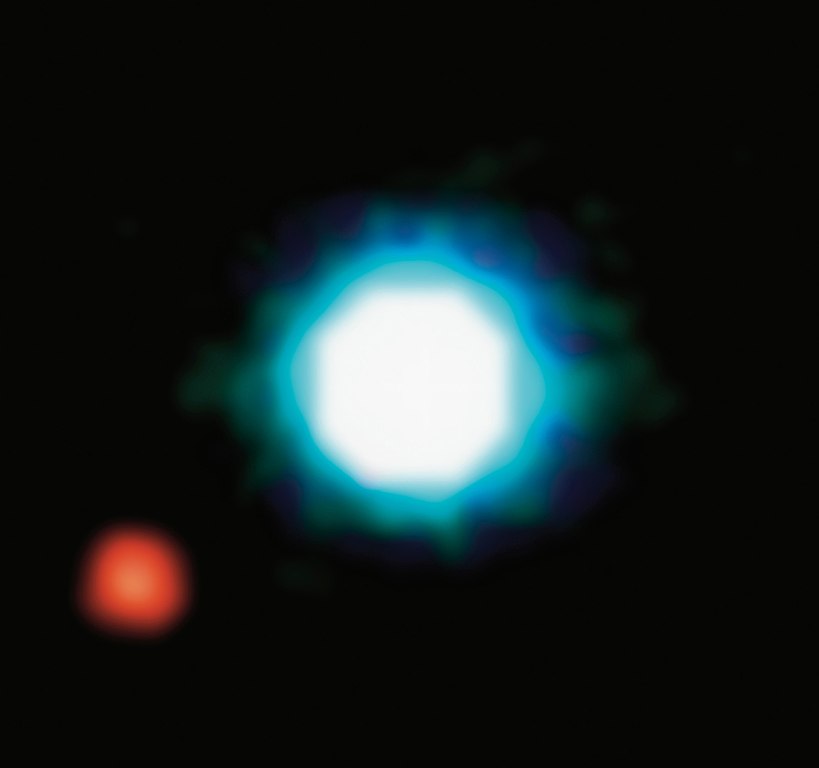 Not the answer you're looking for? Browse other questions tagged exoplanet telescope imaging or ask your own question.

7
Can we make super-massive Telescopes to image exoplanets?

7
Can we make super-massive Telescopes to image exoplanets?
1
When will the telescope that last saw Starman/Roadster be able to see it again?