What do the axis labels mean in this plot (apparently from Sutton 8th edition)?

In the Analytical Graphics Inc. video Low-Thrust Space Trajectory Design and Optimization the speaker Pradipto Ghosh of AGI shows a slide at around 07:00 shown below.

What do the variables used in these axis labels represent?

Any other explanation of how the plot should be interpreted or used is appreciated! 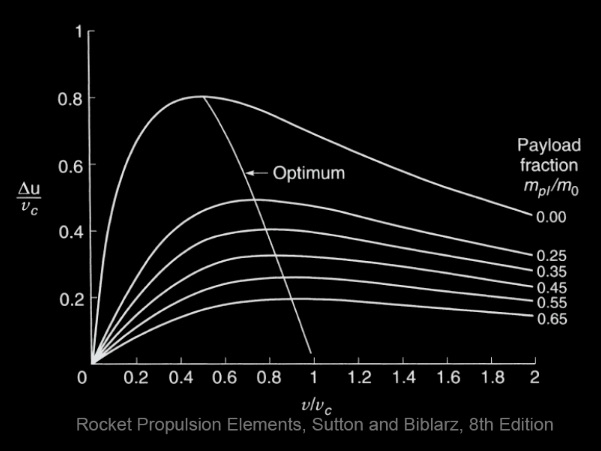 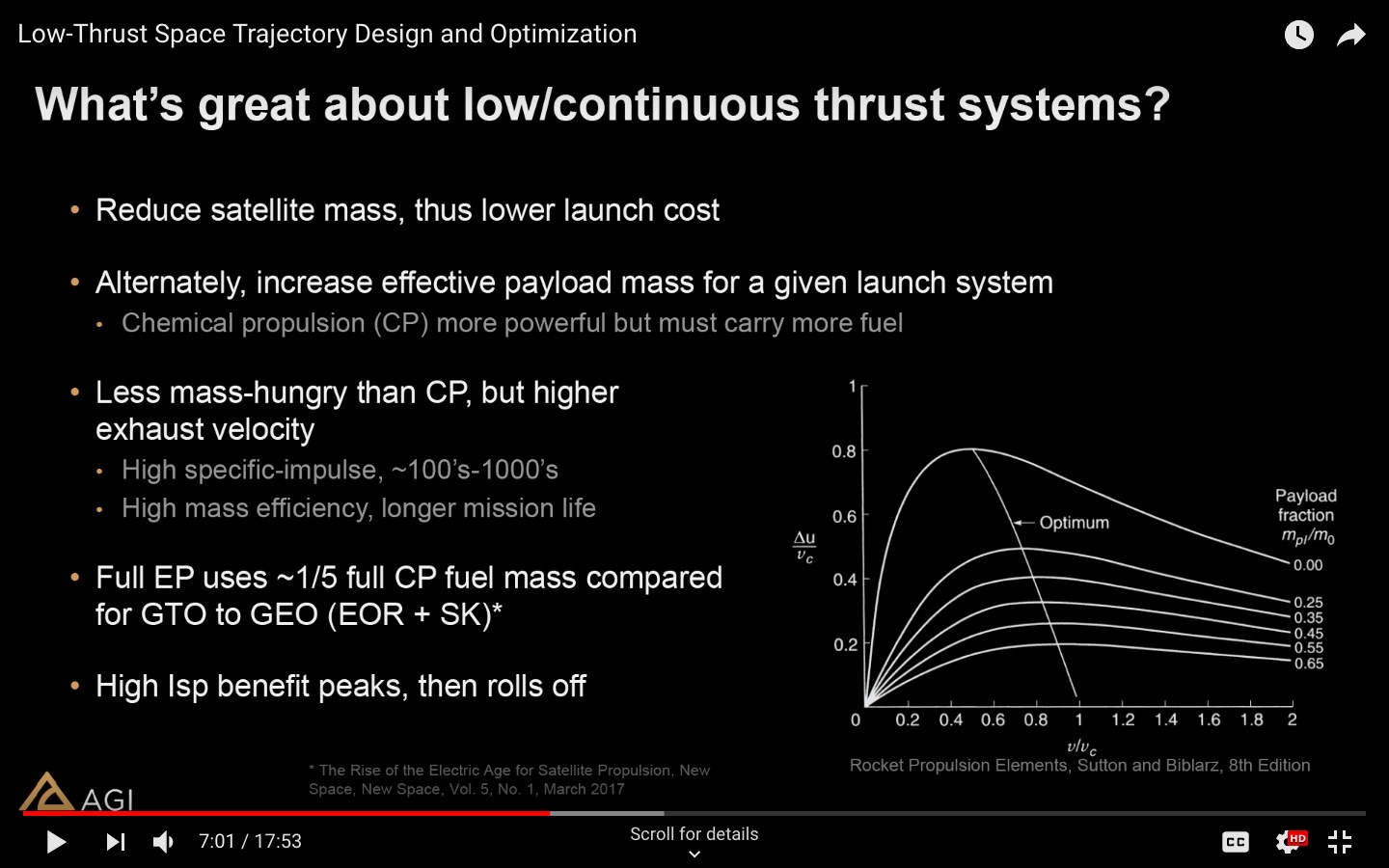 The caption in the book (Sutton) reads:

Normalized vehicle velocity increment as a function of normalized exhaust velocity for various payload fractions with negligible inert mass of propellant tanks. The optima of each curve are connected by a line that represents Eq. 17–9.

For a given mission, theoretically there is an optimum range of specific impulse that maximizes $\Delta u / v_c$ and thus a most favorable propulsion system design.

...This characteristic speed ($v_c$) does not represent a physical quantity but rather a grouping of parameters that has units of speed; it can be thought of as the speed a power plant’s inert mass $m_{pp}$ would attain if its full power output were converted into kinetic energy.

Not the answer you're looking for? Browse other questions tagged mathematics rocket-equation or ask your own question.

4
Generating plot of LV's performance as a function of the C3 parameter
2
Trying to understand the two “holes” in this alt/az plot of the ISS
6
Negative photon pressure? What is the physics behind this expression?
1
What does the phrase “topological point of view” mean when applied to two-body orbits in this context?
3
What does this paper say is wrong (quantitatively and procedurally) with WISE & NeoWISE asteroid data?
6
From the General Thrust Equation towards Tsiolkovsky, how to explain dropping these terms along the way?
0
How to solve this exercise in orbital mechanics; the moon stops in its orbit, what happens next?