How dark is the side of the Moon in shadow as compared to the side facing the Sun?

Luna orbits Earth which in turn orbits around Sol. The period of the Lunar rotation is around 28 Earth days; i.e. one lunar day + one lunar night.

Unlike Earth, Luna is not possessed of an atmosphere. This leads to extremely sharp temperature, and illumination gradients. The side of Luna facing away from the Sun is as dark as the other is bright.

On a clear winter new-moon night starlight alone is enough to make out the general landscape, flora & fauna here on Earth.

What is the average illumination incident on the side of the moon facing away from the Sun?

p.s. I seek the approximate average amount of light incident per unit area on the dark side in terms of a ratio/percentage/fraction of the sun-illuminated side

When the sun goes down on the Moon, Earth is waxing and at half full as seen from its surface on the near side. At lunar dawn Earth is a waning 'half-Earth', if you will. This is noticeable to us in the way you can see the full disc of a young waxing crescent Moon in the early evening, because Earth is lighting it up. This is known as earthshine.

Isidoro Martinez wrote an overview of the space environment that has this to say on page 26:

Monitoring of earthshine from here on Earth has been used to monitor changes in Earth's albedo. Such study reveals that its albedo is rather variable depending on the part of the planet that is visible. The graph is from Earthshine: not just for romantics. It is based on a mathematical model which takes into account the difference in albedo of land versus ocean, but ignores clouds because modeling for them is much more complex. Ocean is much darker than most land (except where the sun is glinting off it towards the observer). Modeled like this, when the Pacific is facing the Moon the planet reflects half as much light as it does over Eurasia and Africa. Differences are especially big when the Moon is crossing its ascending or descending node, aligned with Earth's equator so the polar ice caps aren't very visible. The clouds distributed over the Earth dampen this variation a lot though. At any rate, the graph shows that the range of results over a month is from near 0 to 0.06 W/m2.

The image below shows the albedo of all of Earth's land masses, with data taken by the Moderate Resolution Imaging Spectroradiometer. 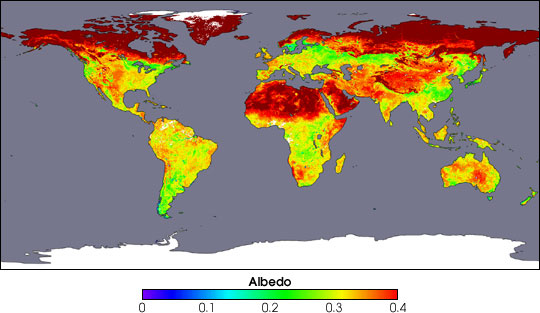 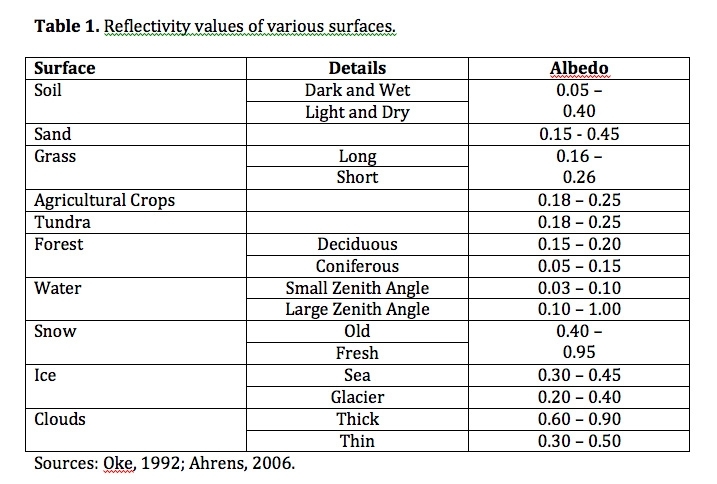 From Encyclopedia of the Earth: Albedo

Unlike the values in lux mentioned in the Martinez overview, these earthshine studies measure the energy of the light reaching the Moon. The studies seek to understand how climate and albedo interact, and so need to see all the energy in earthshine. The camera used in the study quoted above extends into the near infra-red range, and the energy from that invisible range would accounts for about a third of the values it obtains. The peak result in that graph is closely matched by simply multiplying Earth's average albedo, its projected area, and the energy in sunlight at this distance from the Sun, and dividing that by the area of a hemisphere at the average distance of the Moon's orbit. That takes the energy reflected off the sunlit half of the planet and spreads it out to what it would be at some spot at the distance of the Moon.

If the invisible side of the moon is not lit by the sun, it experiences an "earthless starlit night". So the illumination would be the same as "a moonless starlit night, which is measured at 0.0001 lux" to quote OnoSendai's comment.

On the visible side of the moon, the incident illumination would be fully determined by light radiated from earth (if the pertinent location is not getting any sunlight.) But I do not know how much light we emit.

23
Could a spy satellite in orbit be recommissioned to do astronomy?