Does GPS spoofing ever come from space? How are spoofings usually detected?

Most incidents affected ships, said C4ADS, but spoofing was also seen around airports and other locations.

C4ADS, or the Centre for Advanced Defence, is a research organisation that uses sophisticated data analysis techniques to investigate global security and conflict issues.

The analysis showed Russia was "pioneering" the use of GPS spoofing techniques to "protect and promote its strategic interests", the report said.

Generally, said the research group, the spoofing was being done to deflect commercial drones from entering sensitive airspace.

The spoofing was concentrated around 10 key locations including the Crimea, Syria, as well as ports and airports in Russia.

Question: Does GPS spoofing ever come from space? A directional antenna system, or three antennas + three receivers could probably work out the direction of the incoming signal, but is this really how spoofings are detected?

Spoofing from a satellite would need a substantial amount of power , especially if you want to use a GEO satelitte. Doing it from LEO would potentially be lower power than the GPS sats themselves but pose difficulties denying an area long enough to be useful, and make locating the cause easier by matching complaints against orbital elements. It would certainly be against FCC rules (if operating inside the US) and upset an organization with both global reach and ASAT capability.

More normally GPS jamming happens from a portable transmitter that just needs to drown out at <1km enough satellite signals to prevent a fix. Suspect finding those just involves looking at things like the Strava data sets, finding the circular holes and then deleting the lakes.

More complex jamming transmits strong fake satellite signals, and causes receivers to appear to teleport, so again delectable in data sets by looking at impossible speeds or complaints from users missed the left at Albuquerque.

If you have the antenna real estate you can get multi antenna systems that look for low angle signals and flag up jammer warnings or shape the sensitivity to suppress them.

First, on the practical side, it is most likely that GPS spoofing will come from a terrestrial spoofing source rather than a LEO, much less a rogue GEO. This allows several exploitable factors to detect spoofed signals. To answer your question(s), no, they are unlikely to come from space, and second, direction finding is one of the possibilities. 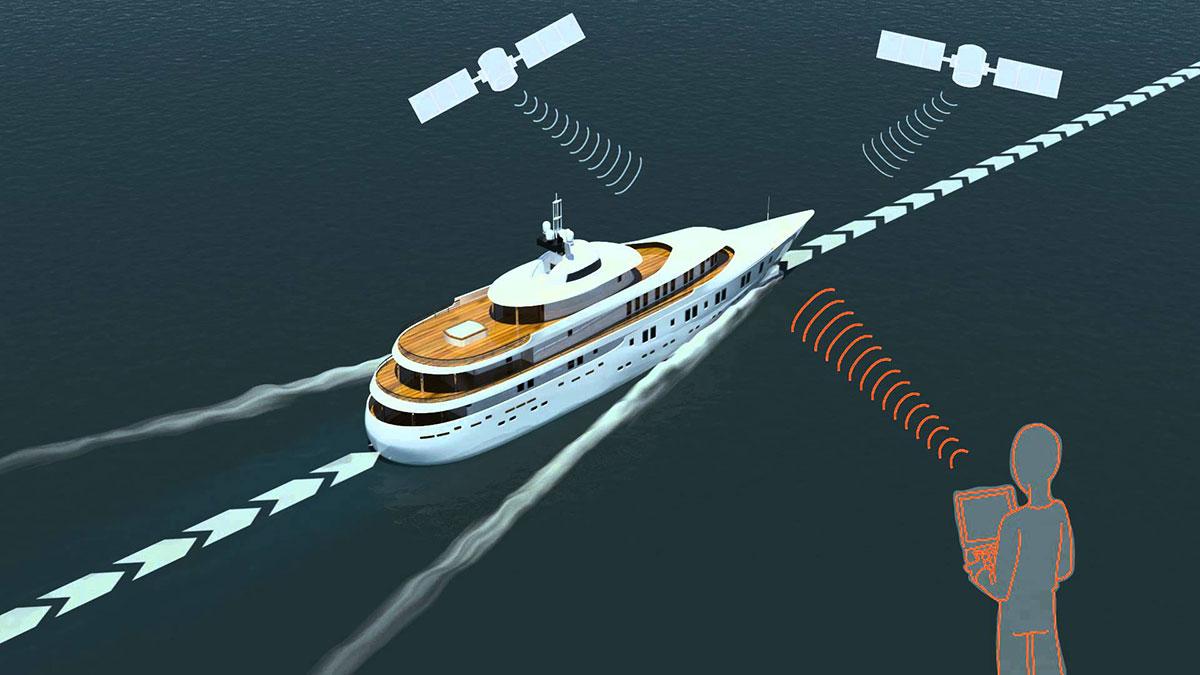 Other methods also include using and comparing the encrypted P(Y) code (a signal spoofer is unlikely to know the code sequence as it is kept secret). There is also work in signal-based authentication. Check out Logan Scott's work, on CHIMERA. In a nutshell of how it works (all credits to Logan Scott and AFRL): 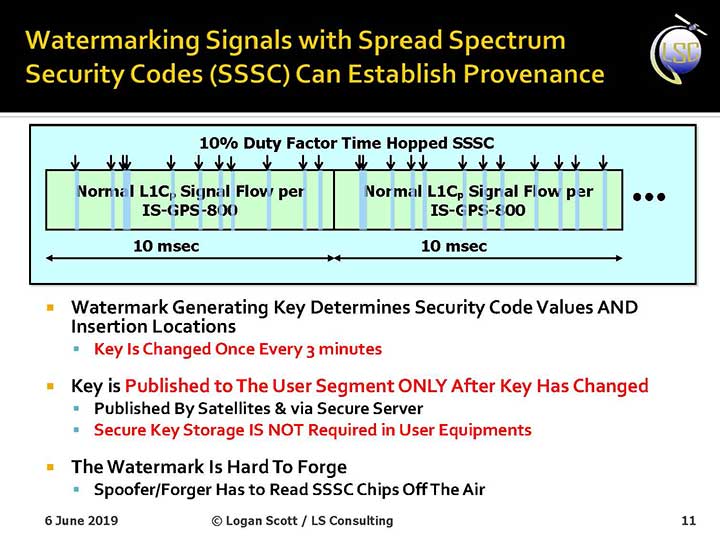 GPS or any GNSS system spoofing is a real, and likely to-be-heavily-used threat in any period of hostility or tension and we are bound to see more techniques used to identify spoofed attacks in the years to come.

Transmitters on GPS satellites are very weak (~60W) so by the time the signal reaches the Earth's surface, it is below the noise floor. That is; the signal is weaker than the normal level of background electromagnetic noise, making it hard to detect. This is why GPS signals can't usually be seen indoors without an external antenna, for example.

It is trivially easy to jam GPS signals because of the weak signal strength, all you need to do is generate a stronger signal in the same band. Even a small jammer powered from a car’s 12V socket can jam GPS in a radius 10s of metres in size. It is not much more difficult to spoof them - either intentially or accidentally. The L1 civillian band has no encryption or authentication so a receiver will just accept whatever signal it finds.

Although space based spoofing is feasible, given how easy it is to do from the ground it seems entirely pointless going to the expense and trouble.

There are systems that can mitigate and detect interference (jamming or spoofing) - some use multiple antennae, some use a learned pattern of behavoiur to detect anomalies. Recievers that can use multiple GNSS constellations (e.g. GLONASS uses slightly different frequencies to GPS) can also help.

Not the answer you're looking for? Browse other questions tagged gps gnss or ask your own question.

35
How does GPS receiver synchronize time with GPS satellites?
11
How does GPS work exactly?
5
How does GPS module gets time even before a fix?
13
Will Glonass, Galileo, or BeiDou-2 satellites provide better cis-lunar navigation than GPS?
1
How to get velocity vector from GPS NMEA data?
1
What are RAIM Service Outage, RNP and EnRoute on GPS DOP maps? What does the red line mean?
10
Do operating GPS satellites ever make orbital maneuvers for station-keeping?
42
What is GPS' 19 year rollover and does it present a cybersecurity issue?
12
Why multiple GPS satellites are never launched on the same rocket?